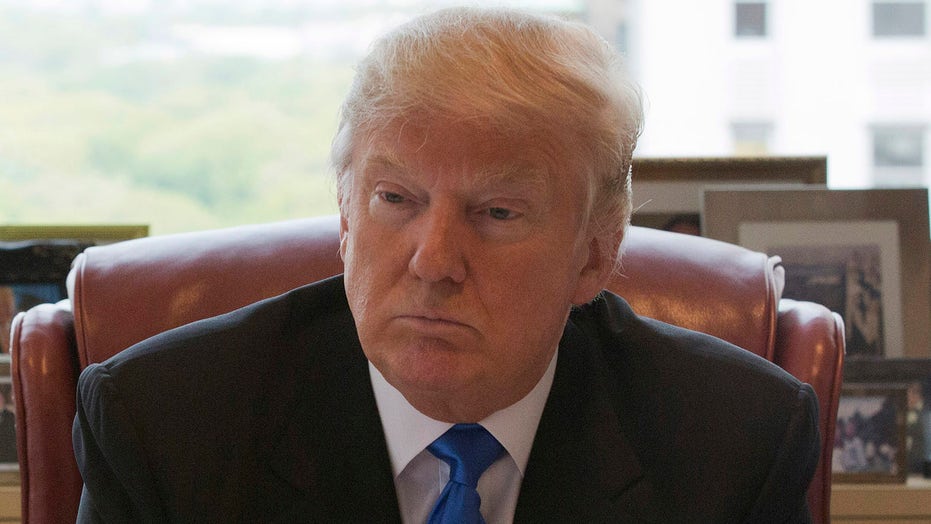 Lisa Belkin, chief national correspondent for Yahoo News and former New York Times correspondent, wrote this week that 29 years ago, Donald Trump made a pass at her at a party in New York.

All these years she has remained quiet even while writing about Trump. But Wednesday she went public with this simmering memory (after first posting about it on Facebook, of course). It is, she says, an act of conscience.

Is this relevant to Trump’s suitability as president, she asks rhetorically, and answers with a resounding, “of course it is. “The argument to the contrary —which comes down to ‘but everyone from Jack Kennedy to Bill Clinton’s 'cherished’ women”— is specious.’”

I’m not sure Belkin’s certainty about the relevance is justified. Neither is she, because she raises three strawmen to buttress her case.

“[Trump’s] I’m-rubber-you’re-glue approach to bad behavior around women has a few weak spots, however. First, two clear wrongs don’t make anything right. Second, Bill Clinton is not running for president. And, finally, times have changed. What Bill Clinton did was clearly unacceptable at the time, but it is even less acceptable now, an ironic legacy of his behavior.”

Irony aside, Belkin’s argument may be heartfelt but it is logic free.

We all learned that saying in second grade. At the same time we learned that two rotten apples and an overly fresh orange don’t make three oranges.

Donald Trump making a pass at an unmarried young woman at a party is not remotely like JFK sharing a mistress with the head of the Mafia in Chicago or inviting an intern to join a couple male pals for a tryst in the White House swimming pool. Nor is it comparable to the married governor of Arkansas exposing himself to a state employee and asking her for a sexual favor.

OK, but he’s not just a historical figure. He’s a flesh and blood job seeker. Hillary is flaunting him as her marital running mate and declaring he will play a key role in her White House (presumably not in the bedroom). In fact, she is campaigning on his coattails, as she has her entire professional life.

3. If Belkin's "changing times, changing mores" argument means anything, it is a defense of Trump, not an indictment.

His alleged pass--and the other lame examples the New York Times came up with in its Sunday "expose" of Trump's behavior with women--took place 29 years ago, at the same time Bill Clinton was “cherishing” women all over the place. Unlike Trump’s apparent reformation since then, President Clinton’s retrograde behavior reportedly hasn’t changed much in the current Era of Sexual Correctness.

3.5 Chief correspondent Belkin did not mention, by the way, that when The Donald attempted to hit on her, he was a Democrat.

Not that there’s anything wrong with that.