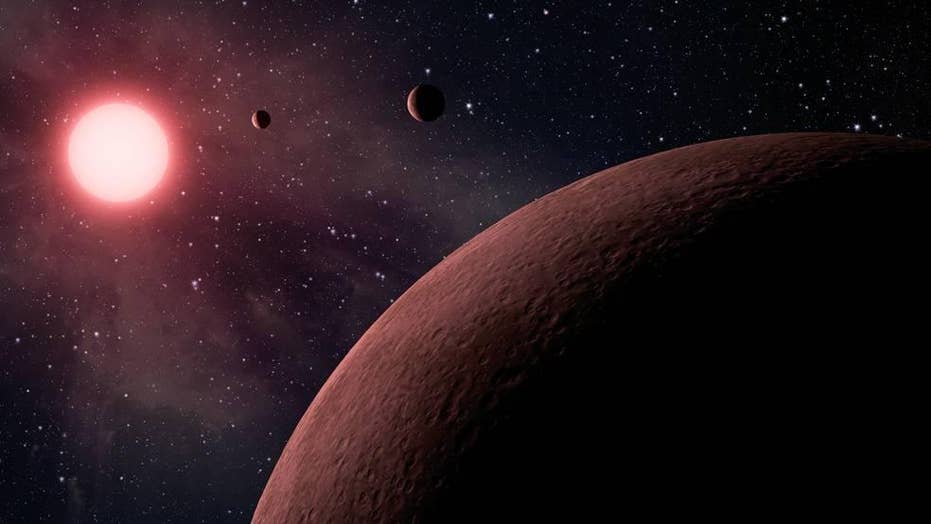 If you believe science is demystifying the universe, consider Tabby’s star, widely hailed as the weirdest sun in the galaxy. “As far as I can tell,” MIT-trained astronomer Matt Muterspaugh said recently, “Every telescope that can look at it right now is looking at it right now.”

Named after Tabetha Boyajian, an astrophysicist at Louisiana State University, the super-strange object located in the constellation Cygnus was unexpectedly discovered in 2009 in photographs taken by the powerful Kepler space telescope. Planet hunters, an online army of volunteer citizen-astronomers, were combing the photos for evidence of extraterrestrial, Earth-like worlds – so-called exoplanets.

Out of more than 150,000 stars, this particular one caught their eye because of the occasional, pronounced, and inexplicable dips in its brightness. Every star, including our own sun, shines inconstantly, but typically the variabilities are subtle. Not so with this object – initially labeled KIC 8462852 – so the planet hunters promptly alerted a team of professional astronomers led by Boyajian, who back then was at Yale University.

Alien megastructures? Picture massive, alien-made space stations, for instance, orbiting Tabby and eclipsing its starlight in dramatic and unpredictable ways. Needless to say, this is the scenario the popular media is eating up.

After exhaustively analyzing the photographic evidence, she concluded the “peculiar dips” recorded by the Kepler telescope over a four-year period “defied classification.” The dips were erratic and sometimes shockingly deep. At first, Boyajian explains, Tabby’s brightness was steady. “But then it lost a fifth of its total flux [brightness], then nothing again, and then it had a huge collection of dips of varying shapes and depths.”

Of the many possible explanations, the one tentatively favored by Boyajian’s team is that Tabby is encircled by a swarm of irregular comet fragments. Occasionally, those fragments pass between the star and us, causing the abrupt, oddly-shaped dips in brightness. The larger the fragment, the greater the dimming.

Other relatively prosaic explanations blame the sporadic occultations on, take your pick, asteroids, dust clouds, or planetesimals. Like the comet fragments scenario, any one of these possibilities could cause Tabby to look like a flickering light bulb.

Penn State astronomer Jason Wright, who is working with Boyajian, has other ideas. Among what he calls “hypotheses with unclear plausibility” – far-fetched explanations of the head-scratching enigma that cannot be ruled out – is this one: “alien megastructures.” Picture massive, alien-made space stations, for instance, orbiting Tabby and eclipsing its starlight in dramatic and unpredictable ways. Needless to say, this is the scenario the popular media is eating up.

Today, Boyajian’s team continues monitoring Tabby’s baffling dips and is no closer to a convincing explanation for them. Indeed, the mystery has so thoroughly and widely caught the public’s imagination that she created a Kickstarter campaign to help fund the research. For $25 or more, you can even help name the dips, as though they were hurricanes. The latest, mysterious sharp drop happened just weeks ago and on July 4 was ceremoniously named Celeste.

One day, no doubt, Boyajian and her growing legion of supporters will solve the mystery of Tabby’s star. But, make no mistake, science will never rid our existence of mystery. To the contrary, science appears destined to widen and deepen it.

For in its mighty efforts to solve a single mystery, science invariably stumbles upon the unexpected – as we saw happen with the planet hunters, who were searching for life-friendly worlds. Even more telling is the discovery in recent decades that only five percent of the universe is actually visible to us; the rest – ninety-five percent – is hidden in the form of dark matter and dark energy.

The net effect is that the cosmos is now vastly more mysterious to us than when our ancestors first stared up at the heavens and wondered what was out there. Today, more than ever, we truly know how very little we know.