Youngkin blasts former Gov. McAuliffe for walking out of interview

Virginia gubernatorial candidate Glenn Younkin says Terry McAuliffe is 'losing it' after abruptly ending an interview and criticizing a reporter.

As the November 2 ballot’s highest-profile contest, the battle for Virginia’s governorship has become a referendum on the Big Government approach of the out-of-touch, Democrat left. As Virginia’s chief executive from 2014 to 2018, former Democratic Party national chairman, and consigliere to the Clinton crime family, few people epitomize establishment socialism better than Terry McAuliffe.

Glenn Youngkin, McAuliffe’s ascendant opponent, is a quintessential Republican office seeker. This successful outsider aims to harness his private-sector success and rein in a runaway public sector that has betrayed its citizens. Youngkin was co-CEO of the Carlyle Group financial house before this, his first race.

McAuliffe and Youngkin are tied at 46 percent each, according to an October 16-19 Monmouth University survey of 1,005 registered Virginia voters. (Margin of error: +/- 3.1 percent.) While 91 percent of Democrats backed McAuliffe, 94 percent of Republicans supported Youngkin, as did 48 percent of independents versus 39 percent for McAuliffe. Just 6 percent of Blacks favored Youngkin; 80 percent picked McAuliffe. But 32 percent of Hispanics stood with Youngkin versus 58 percent with McAuliffe.

This showdown previews next year’s pivotal midterm elections: Will Democrats hold Capitol Hill and, with the White House, maintain their grip on Washington’s levers of power? Or will disappointed voters -- increasingly appalled by Biden’s mumbling, stumbling, tumbling performance -- dispatch the donkeys to the glue factory? 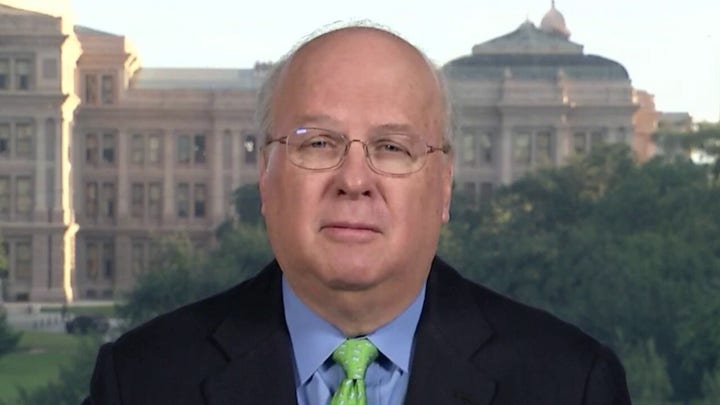 As the Democrats’ de facto standard bearer on November 2, McAuliffe stepped into it, big time, in a September 28 debate with Youngkin. McAuliffe committed the ultimate gaffe, which journalist Michael Kinsley memorably dubbed "when a politician tells the truth."

Asked to address parental complaints about sexually explicit books and curricula, McAuliffe said: "I don’t think parents should be telling schools what they should teach."

After McAuliffe’s torpedo tore open his own hull, he claimed in an ad -- what else? -- "Glenn Youngkin is taking my words out of context."

The context could not be clearer: McAuliffe expressed his beliefs. A Youngkin spot soon showed McAuliffe, on video, repeatedly stating the same position:

•"You don’t want parents coming in in every different school jurisdiction."

•Regarding school agendas: "First of all, this is determined by the State Board of Education and local school boards. And that’s where it should be."

•"You do not want 25 parents picking books."

•"We have a Board of Ed, and we have local school boards who make the decisions about teaching."

•"I’m not going to let parents come into schools and actually take books out and make their own decision."

•Youngkin disseminated this televised exchange, via Twitter. It drove the fatal spike into McAuliffe’s "out of context" lie:

"So, did you misspeak during that debate?" asked WJLA's Nick Minock.

"No," McAuliffe replied. "I was talking about what we need to do, bringing people together. We have the state boards. We have the Board of Education, and we have the local school boards who are all involved in this process." McAuliffe soon stormed off, halfway through the 20-minute interview format that Minock offered both contenders. 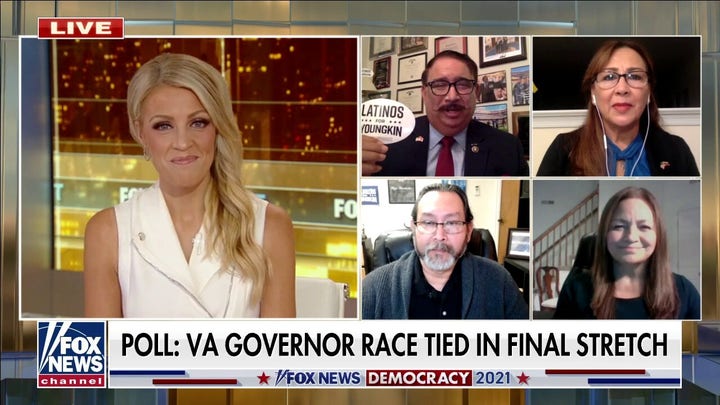 This controversy has converted parents enraged by Democrat educational malpractice into the core of Youngkin’s broadening base.

White mothers and fathers hate critical race theory teaching their sons and daughters that they are genetic racists who must apologize for being born Caucasian. Some Black parents loathe CRT for deeming their children eternally oppressed by Whitey and, thus, doomed to failure.

These parents have packed schoolboard meetings to excoriate CRT, counterproductive mask and vax mandates, gender studies, and more. In one egregious case, cops wrestled parent Scott Smith to the ground and arrested him. His crime: Denouncing his daughter’s rape in a Stone Bridge High School bathroom by a 14-year-old boy in a skirt.

Rather than report this crime, Loudon County School officials covered it up. Perhaps they wished to avoid litigation. Maybe they wanted not to vindicate conservative warnings against waving gender-fluid males into female lavatories. Authorities transferred the alleged rapist to Broad Run High School where, police say, he sexually attacked yet another girl.

All of this has driven parents and other voters into the streets.

An overflow crowd of some 1,000 people lined up to see Youngkin on Tuesday night. The turnout was so huge that he addressed a packed facility indoors and later spoke with voters who were kept outside.

This would be impressive in Virginia’s Republican-rich Appomattox or Shenandoah counties. Even better for Youngkin, this scene unfolded in suburban Burke, in Fairfax County. This once conservative northern-Virginia locale lately has slithered Left, thanks to incoming Democrats. Youngkin’s crowded rally saw him rising at just the right time.

"Glenn Youngkin has made fewer mistakes than almost any Virginia candidate in memory," said UVA Politics Professor Gerard Alexander. "In a state that leans liberal, he’s run as effectively as anyone could. He’s benefited from Biden’s sagging polls and from his rival’s missteps. But he’s also made a lot of his own luck."

Glenn Youngkin is the new face surging in the Old Dominion. As he told Fox News: "This is no longer a campaign. It’s a movement."