Sen. Tom Cotton, Ark., reacts to the response from Health and Human Services regarding unaccompanied migrants being flown across the U.S.

Joe Biden has created the worst border crisis in American history. In the midst of a once-in-a-century pandemic, soaring inflation, and skyrocketing street crime, the border isn’t just open, it’s the most open it has ever been.

It is time for President Biden to face the reality of what he has created: a national emergency.

The Border Patrol has encountered an all-time record of more than 1.7 million illegal aliens this year. That’s more than triple the number from last year and represents the largest single-year increase on record. The number of unaccompanied minors illegally crossing the border quadrupled and 400,000 illegal aliens evaded Border Patrol custody.

This unprecedented surge in illegal immigration has overwhelmed our capacity to control the southern border.

America’s 20,000 border agents are capable and courageous, but they can hardly be expected to stem an onslaught of this magnitude, especially when they are hamstrung by their feckless political leaders.

Contrary to what the administration claims, the majority of people coming to our border are not refugees or legitimate asylum seekers. More than 80% are found not to be eligible under the law—and they know it. But that doesn’t much matter when they know the Biden administration will let them stay anyway. It’s no surprise that these migrants are crossing multiple borders and sometimes traversing much of a continent in order to get here.

In many cases, these migrants claim that the crime and gang violence in their countries justifies asylum or refugee status. However, Baltimore has a higher murder rate than virtually any Central American country. Does this mean Baltimore residents should have automatic right of entry into Canada? Of course not.

The simple truth is that these illegal aliens are overwhelmingly economic migrants seeking to make more money and build a better life for themselves and their families. We should not begrudge their desire to come to the greatest country on Earth, but that desire is shared by millions of others.

According to Gallup, 42 million people in Latin America and the Caribbean want to migrate to the United States. If we follow the Democratic Party’s logic that desire and opportunity alone qualifies a person to enter the United States, how many more aliens must we allow to sneak into our nation? What other lawbreaking ought we simply excuse, so long as the perpetrator was doing it in pursuit of a better life?

President Biden caused this border crisis and is now planning to make it even worse.

The Democrats’ open-borders policy is also unfair to the many foreigners who have abided by our laws and are seeking legal entry. It is unjust to allow millions of migrants to cut the line in which millions of others have waited, often for years. It also depresses wages and limits opportunity for millions of working-class Americans who are struggling in an unpredictable economy that is wracked with inflation, disrupted by pandemic-related government intervention, and sagging under the weight of increased federal regulation.

To make matters worse, these economic migrants are joined by some of the most vicious criminals, human traffickers and drug dealers in the world. The majority of heroin, meth, cocaine and fentanyl sold on American street corners are smuggled across the southern border. This year alone, the Border Patrol has seized over 8,000 pounds of heroin, meth, and cocaine and enough fentanyl to kill nearly 98 million Americans.

Border Patrol agents have also arrested hundreds of gang members, including over 100 members of MS-13. America is already suffering through the largest murder surge ever, the most drug overdose deaths in history, and a 55% increase in gang killings. The last things we need are more drug dealers and gang members peddling poison and spreading death in our streets.

President Biden caused this border crisis and is now planning to make it even worse.

Since taking office, the president has illegally ripped up the Trump administration’s Remain in Mexico policy, halted construction of the border wall, revived and expanded catch-and-release, abolished many coronavirus-related security measures, and openly advocated for amnesty. Now Biden’s secretary of Homeland Security, Alejandro Mayorkas, has announced that DHS will no longer arrest and remove illegal aliens for crossing the border illegally. 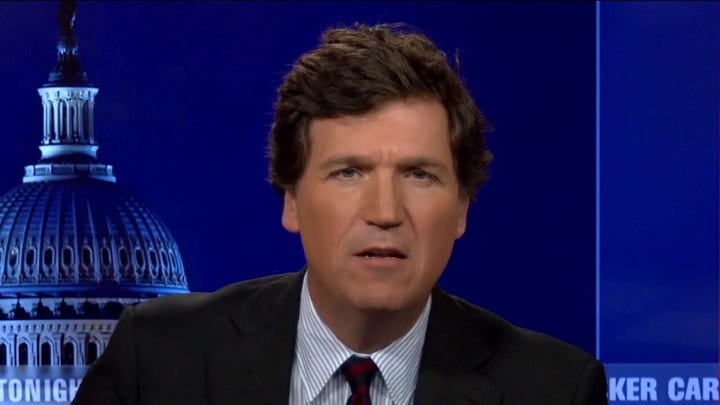 While Biden demands vaccine mandates for Americans, he’s also allowing hundreds of thousands of unvaccinated, unvetted and untested migrants to enter our communities. Companies can now fire American workers for not being vaccinated and replace them with unvaccinated illegal aliens who they pay under the table. This madness must end.

If the president is serious about containing this crisis, he should immediately declare a national emergency, deploy additional National Guardsmen and military assets to the border, and re-implement the Trump administration’s border policies. He should also remove and replace his inept secretary of Homeland Security.

It is time for leadership at the border and accountability in Washington. It’s a shame that President Biden is unwilling to provide it.