Last week, Denmark went to the polls to choose a new parliament in what turned out to be a resounding victory for the center-left, providing a potential example to American liberals on how to win big at a time when right-wing politics are rising across the Western world.

In recent years, many American liberals have expressed concern and dismay over what they see as the growth of fringe, nativist right-wing politics. They have puzzled over how to respond to this, with some choosing to double down on their support for mass migration and even illegal immigration. Democratic presidential candidate Beto O’Rourke said he would “absolutely” take Trump’s border wall down if elected president, and Rep. Ilhan Omar, D-Minn., called for completely defunding not just Immigration and Customs Enforcement (ICE), but the entire Department of Homeland Security (DHS).

However, in the recent European Parliament elections, the center-left Social Democrats in Denmark offered a polar opposite, more politically viable path—they got even tougher about cutting immigration than most conservatives did, and they were rewarded at the polls for doing so. Further, their low-immigration stance completely took the wind out of the ascendant Danish far-right’s sails, causing it to sink. 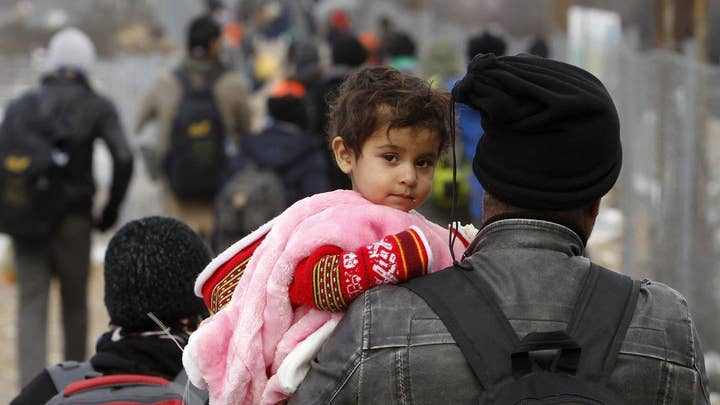 These European election results, which were repeated in last Wednesday’s national elections, completely bucked the trends across the rest of Europe. In other European countries, the mainstream liberal and conservative parties saw big losses, as far-left Green parties and far-right anti-immigration parties soared to victory on a populist, anti-establishment message.

On the right, multiple right-wing parties saw their best performance in recent history. In Italy, Deputy Prime Minister and Eurosceptic Matteo Salvini won victory with over one-third of the vote, based on his solid track record of causing illegal immigration to Italy to plummet. Britain’s Brexit Party, which is only weeks old and headed by Brexiteer Nigel Farage, won as many votes as Labour and the Liberal Democrats combined. In France, nationalist Marine Le Pen’s National Rally (formerly National Front) edged out President Emmanuel Macron’s party, after having handedly lost the presidential election to him just two years prior.

On the left, the biggest victories went to parties with a pro-environment message. The European Free Alliance (made up of primarily Green parties) expanded its seat distribution from 52 to 69 seats. These gains came from various regional Green parties, particularly in the UK, Ireland, Germany, and France, based on a message of combating climate change and solid support from young voters.

in Denmark, mainstream Social Democrats showed voters they were serious about reducing immigration and promoting integration.

These results generally accord with recent polling data. A survey from YouGov earlier this month found that immigration was the most important issue to European voters, followed by climate change. In several countries including Germany, climate change edged out immigration—but both issues were consistently ranked as the top two across the continent.

As such, the collapse of the center-left and the rise of the far-right and the Greens was not surprising.

For American liberals, it is worth examining why Denmark is so sharply bucking the continent’s trend. The Social Democrats scored an impressive 25.9 percent of the vote in last week’s elections. The reason for this is that in Denmark, mainstream Social Democrats showed voters they were serious about reducing immigration and promoting integration.

Although Denmark has not had as high a level of immigration as its neighbors in Sweden, it has nonetheless struggled to handle an influx of asylum seekers from the Middle East and Africa. Immigrants now comprise nearly one-tenth of the country’s population, including many from Turkey, Syria, Iraq, and Lebanon---a major shift for a country that was largely homogenous just a few decades ago.

Some of those immigrants have had difficulty assimilating, and one Danish study found that third-generation non-Western immigrants performed worse in terms of economic and educational attainment than even the second generation. While Denmark has dealt with some challenges integrating immigrants in the past—such as refugees from the Yugoslav Wars in the 1990s—the foreign-born population is now at a record high.

In response, the center-right Danish government has led a “crackdown” on immigrant ghettos, and passed a law to make all “ghetto children” spend at least 25 hours per week from the age of one learning Danish values. Criminals from ghetto areas will be given harsher sentences, and public housing will be used as a tool to break up immigrant ghettos.

And yet, even the center-right was outdone by the Social Democrats, who moved drastically toward a low-immigration philosophy, led by the charismatic Mette Frederiksen, who has now been elected  prime minister. Under her leadership, the party called for a cap on non-Western immigrants, rules changes to make it significantly easier to expel asylum seekers to North Africa, and mandatory work for all immigrants. She even hosted joint interviews with Kristian Thulesen Dahl, the leader of the Danish People’s Party—something that would have been unthinkable to prior Social Democrat leaders.

Her party went beyond campaign rhetoric, and actually enacted many restrictionist laws. The Social Democrats recently backed a ban on burkas and niqabs, and resisted pressure from the left to oppose a law that would house criminal asylum seekers on an island. Perhaps that is why her party actually gained a seat when nearly every other socially democratic European party lost many seats.

To be clear, Frederiksen did not moderate on her party’s left-leaning economic platforms. In fact, she called for a major tax hike on banks and wants to raise taxes on income from dividends and interest payments, which has spooked the country’s financial industry. In other words, her party was able to gain popularity by combining its consistent economically left message with a nationalist platform on immigration.

Democrats in America, who care deeply about economic inequality but are concerned about the rise of fringe populists, should take heed. As Frederiksen shows, when liberals tackle immigration effectively, they can win at the polls and even soar to the highest office in the country. American liberals have an opportunity to win the working class’s trust back—but they have to show they’re serious about enforcing borders first.

Matthew Sussis is the assistant director of communications at the Center for Immigration Studies, a non-partisan research organization.