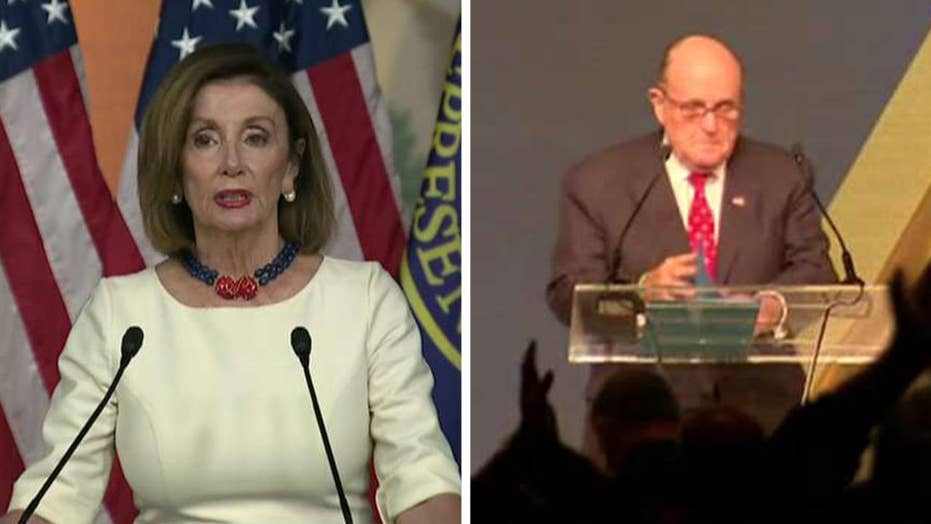 Red-state Democrats worry impeachment push could spiral out of control

Another day, another scandal that’s sure to trigger the Trump administration’s downfall—if only the American people would be less picky about what the definition of the word “evidence” is.

The Ukraine Call Transcript. The Whistleblower Complaint. The Impeachment Inquiry. The pieces of this latest impeachment jigsaw have reached mythic status, bolstered by frenzied reporting, and insistence on the part of Democrats and advocates that this time, they’ve got the president right where they want him.

In reality, the documents offer very little in the form of an obvious smoking gun. Both the transcript and the complaint have become a cultural Rorschach test: no matter the evidence (or lack thereof) the reader will see exactly what they want to see.

Even before we saw the transcript of President Trump’s July 25 call with Ukrainian President Volodymyr Zelensky, Democrats and their friends in the media were already imploring the American people to accept as fact that the president had betrayed the nation’s trust by asking for foreign help in undermining the 2020 elections.

After the White House released the declassified transcript, the game changed.

Realizing there was no illicit request—and thus, no grounds for impeachment—leftists quickly turned their focus toward the intelligence community’s “whistleblower.”

It should have been an easy win. The anonymous employee’s detailed complaint suggested that the contents of the transcript had triggered alarm within the intelligence community.

Unfortunately for the pro-impeachment crowd, the American people remained skeptical that the transcript revealed more than run-of-the-mill diplomacy. The narrative foundered, and the chess pieces moved once more. This time, the smoking gun was guaranteed to be found buried deep within a national security server housing call records with foreign leaders.

What will happen, you ask, when this new revelation inevitably fizzles out? Democrats and their friends in the media will haul the goalposts down to the other end of the field, and continue their attempts to undermine the American public’s faith in the president they chose.

In 2016, before Trump took the oath of office, Senate Democrats hatched a legislative plot to transform the president’s alleged conflicts of interest into “high crimes” that would damn Trump’s presidency to be one of the shortest in history.

They thought they hit pay dirt with the now-infamous Mueller report, but utterly failed at controlling their own message creep long enough to nail down exactly what they believed the report *would* reveal, and then, *should have* revealed.

This year, Democrats failed to impeach, tried and failed to extract one last death rattle from the remains of the Mueller Report, and are now shopping the preposterous notion that this (!) iteration of the malfeasance narrative is based on the lowest-hanging fruit of all. They’ve placed their hopes in the pages of a neatly-packaged whistleblower complaint that reads more like an advocate’s legal brief than an objective statement of “urgent concern.”

Fortunately, the American People have grown wearily accustomed to looking past the fakery and seeing these world-ending controversies for what they truly are: breathless revenge schemes orchestrated by a fallen political party.