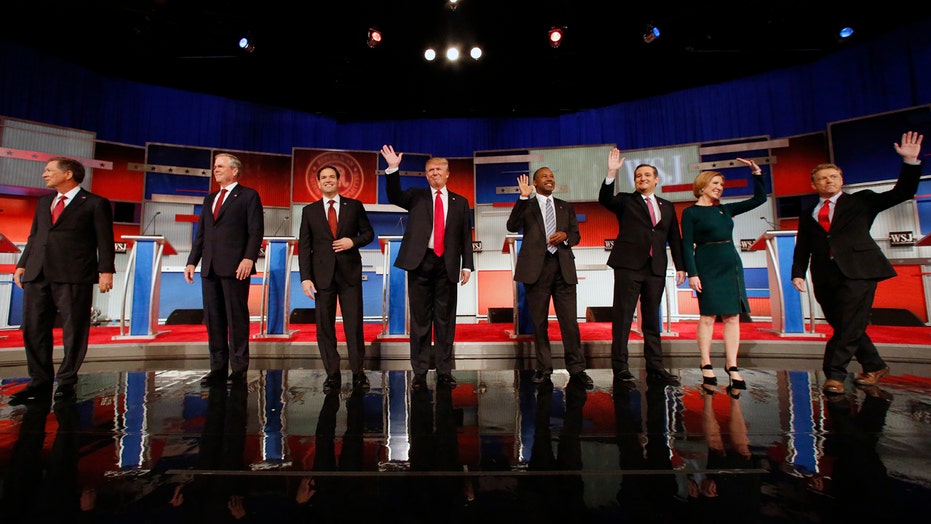 The GOP debate was Tuesday night but even before it was over somepredictable liberal media types responded with Monday morning quarterbacking – calling the debate “a farce,” and “a carnival show,” or complaining Fox Business played “it safe,” and delivered “a snooze for some spectators.”

New Republic Senior Editor Brian Beutler whined about the “jingoism” of the national anthem and display of the American flag. And ever-crazed Salon charged “Marco Rubio coasts, with a big assist from the moderators.”

Still, even that wasn’t good enough for some critics who cared more about scoring points than pointing out policy.

Some reporters were unhappy that debate wasn’t exciting enough. "Is anyone else starting to feel nostalgic for the CNBC train wreck?” commented New York magazine’s Frank Rich. Of course, Rich also claimed Rubio had a “misogynistic grin.” Whatever the heck that means.

Politico’s Chief Political Correspondent Glenn Thrush concluded, “Tuesday's debate wasn't nearly as much fun as the first three.” He channeled a standard media complaint that the results weren’t sexy enough to make good copy. “Try writing about this debate, just try. It's like eating ten lbs. of dry toast with a sawdust chaser.”

But liberal attacks weren’t that dry. Since it was the fourth GOP debate, here are four liberal over the top reactions to it:

1. The New Republic’s Beutler didn’t even wait for the main debate to get started before he was whining up a storm about the national anthem. That is before he was schooled by CNN’s pro-veteran  host Jake Tapper. Here’s the exchange:

Tapper didn’t let that go unchallenged: “@brianbeutler the color guard and national anthem are displays of patriotism and unity, not of jingoism.”

Beutler wasn’t satisfied: “@jaketapper however you choose to describe it, still think it’s a strange thing for news outlets to do.”

2. The Nation’s National Affairs Correspondent Joan Walsh was already attacking the moderators for the undercard debate and upset that they weren’t tougher on the candidates. “These moderators are terrified of becoming the story, and this is a farce.” She later added on MSNBC that Ben Carson was “really nearly incoherent” and “in over his head.”

3. Liberal comedian, Daily Beast columnist and radio host Dean Obeidallah was attacking Fox Business even before the undercard debate began, predicting, “Tonight's #GOPDebate on Fox Biz will open with moderators giving candidates a foot massage then they'll apologize for even asking questions.” He didn’t stop there, following up with: “Right now Fox News Biz #GOPDebate moderators are asking if Trump and Carson have finished approving the questions they are allowed to ask.”