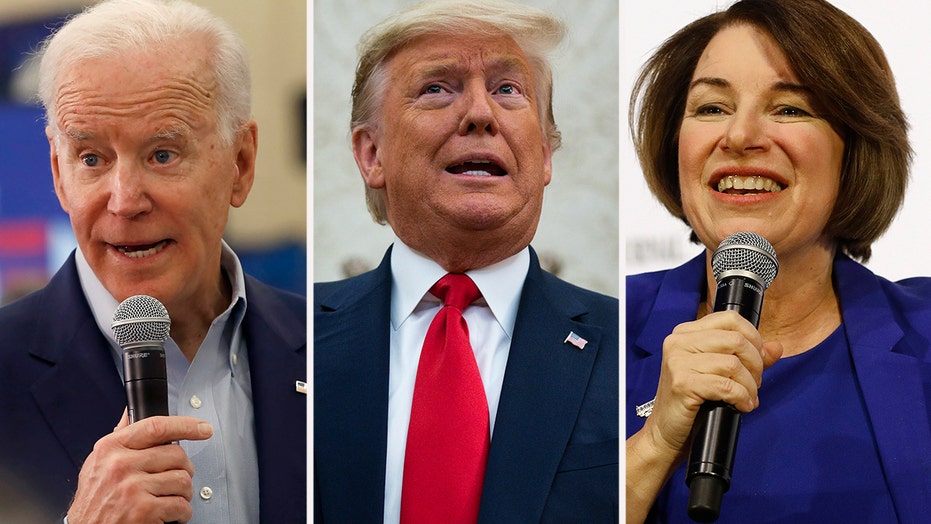 Politicians across the political spectrum have a penchant for bragging about how their parents or ancestors came to the U.S. with next to nothing, but worked hard to provide a better life for their children. Yet when the Department of Homeland Security proposed taking self-reliance into account in weighing applications for green cards or immigration visas, liberals condemned the proposal as harsh and sued to block the proposed rule from taking effect.

Initially, they won court injunctions in several jurisdictions. Now, however, all have been dismissed. And so, the Inadmissibility on Public Charge Grounds rule will take effect nationwide on Feb. 24.

If you think that means poor immigrants must now abandon all hope of entering the U.S. or becoming permanent residents, think again. The Left has tremendously overblown the scope of this rule.

LEW OLOWSKI: TRUMP BANS NEW YORKERS FROM TSA PRE-CHECK – OTHER 'SANCTUARY' STATES AND CITIES COULD BE NEXT

The rule defines a “public charge” as one who receives one or more designated public benefits for more than 12 months, in the aggregate, within any 36-month period (such that, for example, receipt of two benefits in one month counts as two months). The rule defines “public benefit” to include any federal, state, local or tribal cash benefits for income maintenance (including Social Security, Temporary Assistance for Needy Families, General Assistance), Supplemental Nutrition Assistance Program, most forms of Medicaid, Section 8 Housing/Rental Assistance, and public housing.

The rule will not be applied retroactively. It will, however, apply to future applicants for visas and green cards. According to Homeland Security,  each year about 382,000 immigrants seek a change in their status that would make them subject to a public charge review.

It also sets forth the factors U.S. Citizenship and Immigration Services must consider in whether an applicant is likely to become a public charge. Those factors include age, health, income, education and skills.

The agency also can, in certain circumstances, offer an applicant the opportunity to post a public charge bond. The final rule sets the minimum bond amount at $8,100, but the actual amount will depend on an individual’s circumstances.

The rule has many exceptions. It does not apply to humanitarian-based immigration programs for refugees, asylees, special immigrant juveniles, certain trafficking victims, victims of qualifying criminal activity, or victims of domestic violence. Members of the military and their families are also exempt.

The public charge rule is really nothing new. Long before there was any federal agency charged with implementing immigration policy, seaboard states enacted laws to restrict immigration by those deemed likely to become dependent on public welfare.

The rule sets forth the factors U.S. Citizenship and Immigration Services must consider in whether an applicant is likely to become a public charge. Those factors include age, health, income, education and skills.

The first federal immigration law, the Immigration Act of 1882, reflected this concern, excluding from entry “any person unable to take care of himself or herself without becoming a public charge.” The act also created a federal immigration head-tax, the proceeds from which were used to care for immigrants arriving in the U.S., including those who fell into economic distress.

In 1996, Congress passed, and President Bill Clinton signed into law, the Personal Responsibility and Work Opportunity Reconciliation Act. It includes statements of national policy on welfare and immigration, including: self-sufficiency has been a basic principle of U.S. immigration law since this country’s earliest immigration statutes; immigrants will not depend on public resources to meet their needs, but rather rely on their own capabilities and the resources of their families, their sponsors, and private organizations; and the availability of public benefits will not constitute an incentive for immigration to the U.S.

Although the Immigration and Naturalization Service published a proposed rule to define “public charge” in 1999, it was never finalized. As of Feb. 24, however, that job will be completed.

No, this limited rule will not cause the immigration sky to fall. It will, however, reaffirm the essential American value of self-reliance through hard work — a value that politicians from both parties claim to esteem.

Lora Ries is a Senior Research Fellow at The Heritage Foundation.