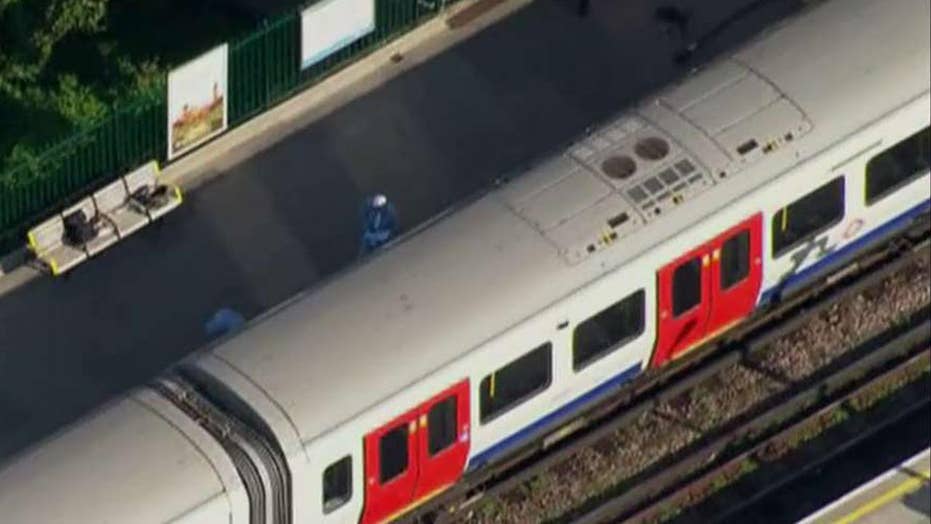 Ellison Barber has the latest

The terrorist bombing Friday of a train on the London Underground, which injured 30 people – including one of my very close friends – was yet more evidence of a painful truth: the Islamification of the United Kingdom and Europe is well under way, changing the very character of the continent that gave birth to Western Civilization.

To escape this disturbing transformation of Britain – a place I had come to love after spending much of my adult life there, even becoming a dual British-U.S. citizen in 2000 – my English husband and I moved back to America at the end of 2006. I felt like a bit of a coward, but I did not want to live in an England changing dramatically for the worse before my eyes.

Yet now I fear that the United States will be next in line to see our wonderful traditions of freedom, tolerance, respect for human rights and the rule of law threatened by the regressive and oppressive ideology of Islamic fundamentalism.

Friday’s terrorist attack in London brought these fears to the front of my mind, especially after my friend nearly lost her life when the bomb partially detonated in the train car she was riding in. The Islamic State, also known as ISIS, claimed responsibility for the bombing.

My friend told me she heard the bomb go off 30 feet away, looked in the direction of the sound and saw a huge fireball coming towards her. Her skin is burned, she no longer has eyebrows and eyelashes, and her hair and clothes were singed as well. She will recover. But if the bomb had detonated properly, I would be preparing now to attend her funeral.

My husband and I saw Britain changing before our eyes. The final straw was during the 2006 Danish Embassy Muhammad cartoon protest, when hundreds of Islamists holding signs like “Behead Infidels” and “Prepare for a New Holocaust,” marched unopposed to the Danish Embassy in London.

The bombing was the fifth terrorist attack in Britain this year but the first on London’s mass transit system since bombings on three trains and a bus on July 7, 2005 that killed 52 people and wounded over 700. I remember the day clearly – people dazed, frightened and with blood on their shirts coming out of the tube.

Is this what awaits us in the U.S. five or 10 years from now? Rather than flee again, I feel the need to speak out before it is too late.

Let me be clear: In a free land, everyone should be free to follow the religion of his or her choice. But sadly, fundamentalist Islam does not allow other theologies to coexist.

Islamism, as the Brookings Institution describes it, is based on the belief that “Islamic law or Islamic values should play a central role in public life. They (Islamists) feel Islam has things to say about how politics should be conducted, how the law should be applied, and how other people – not just themselves – should conduct themselves.”

Islamification is the imposition of an Islamist social and political system onto a society – depriving individuals (particularly women) of their freedoms and making even nations where Muslims are in the minority change their way of life to be more aligned with Islamic fundamentalism.

This has nothing in common with the pluralistic and polytheist society I grew up in living in the U.S. or that I found in England years ago.

Tragically, things are only going to get worse – much worse – in Europe. The British and European Union governments are no longer looking after their people and are willfully allowing the destruction of their culture and free societies. They have utterly failed their citizens.

An English friend told me recently that her daughter’s Church of England village school was teaching what they call RE (Religious Education) to the children and spending an inordinate amount of time and positively favoring Islam over other religions. Children of all faiths are now being taught how to pray to Allah with prayer mats.

The Koran is the only book open on a stand at the back of the classroom. And at a school assembly when the prophet Muhammad was mentioned, 200 children chanted in unison:  “Peace be upon him.”

I was speechless when I heard this. But I am continually shocked at the news coming out of Britain – a country that is my second home and one I love so very much.

My husband and I saw Britain changing before our eyes. The final straw for my husband and I was during the 2006 Danish Embassy Muhammad cartoon protest, when hundreds of Islamists holding signs like “Behead Infidels” and “Prepare for a New Holocaust,” marched unopposed to the Danish Embassy in London.

The only person arrested that day was an Englishman who jeered at the Islamists. Upon seeing that, my husband turned to me and painfully admitted with tears in his eyes, “England is finished. I guess I’d rather be a stranger in a strange land, than a stranger in my own land.”  We left England when his U.S. green card came through.

Since then, we have heard about many more incidents happening in the United Kingdom from friends who live there – not just in the news.

There was the nail bomb attack at a pop concert; Islamists shouting “Allahu Akbar” as they stabbed and drove into people on deadly rampages; and the beheading of a British soldier in the streets of London in broad daylight.

In addition, many churches are being converted to mosques with minarets and are now broadcasting calls to prayer; Muslim rapists have targeted underage English girls; and the insidious Islamist indoctrination of children in schools is becoming more common.

How do you irreparably change a country? By targeting and indoctrinating its children.

On top of this, the United Kingdom’s flawed immigration policies and laws have enabling a rapid rise in the Muslim population to more than 3.5 million, equalling 5.5 percent of the nation in 2016, according to the Gatestone Institute International Policy Council.

Many of us in the U.S. may hear of these incidences and are horrified. But we are relived that at least none of this is happening over here.

But what is going on in Britain and Europe is both a warning and a precursor to what could very well happen here if we don’t take heed. Furthermore, allowing the Islamists in America to change our laws, ethics and customs to suit or cater to only their beliefs at the expense of others is a slippery slope.

I am glad I returned to the United States. At the time of the Sept. 11, 2001 terrorist attacks on our country my patriotism welled up in me like a tidal wave and only grew. And I became appalled by the anti-American and pro-Islamist rhetoric that was going on in the leftist British media and among friends and acquaintances there.

Everyone who lives in the United States is lucky and blessed to be here. While we will continue to welcome people here from around the world, we need to be careful to not change the very character of our nation by opening the floodgates to people determined to recast our country into the image of another culture.

Julienne Davis is an American actress, singer and model.