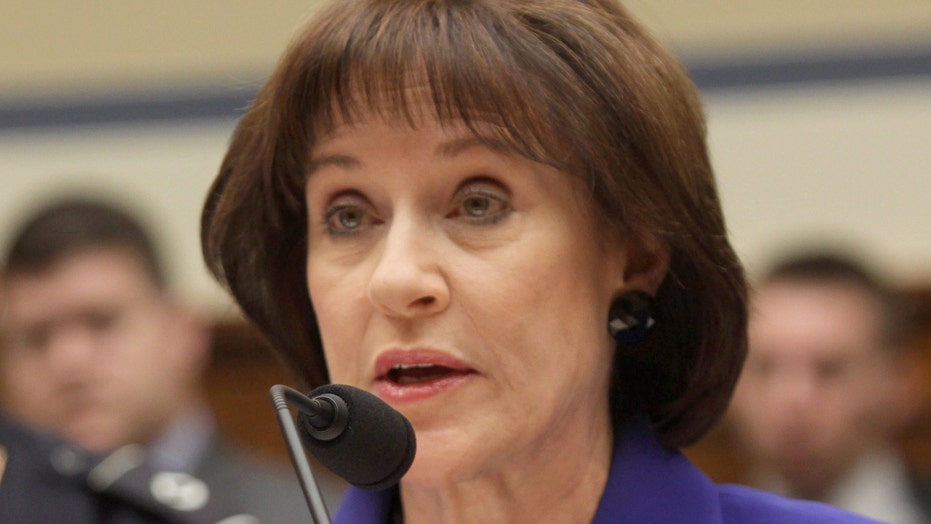 No criminal charges for Lois Lerner or any other official

When I heard the news that the Department of Justice (DOJ) was closing its investigation into former top IRS official Lois Lerner – who’s at the heart of the unlawful targeting scandal of conservative and Tea Party groups – two thoughts came to mind.

First, the decision not to bring any criminal charges against Lerner or anyone else at the agency is very disturbing -- but sadly predictable. And, second, our federal lawsuit to get to the bottom of this targeting scheme is now more important than ever.

In a letter to Congress, the DOJ said the probe found “substantial evidence of mismanagement, poor judgment and institutional inertia leading to the belief by many tax-exempt applicants that the IRS targeted them based on their political viewpoints. But poor management is not a crime.”

In shutting down this investigation, the DOJ concluded: “We also found no evidence that any official involved in the handling of tax-exempt applications or IRS leadership attempted to obstruct justice. Based on the evidence developed in this investigation and the recommendation of experienced career prosecutors and supervising attorneys at the department, we are closing our investigation and will not seek any criminal charges.”

Of the 38 clients we currently represent, two are still awaiting a response from the IRS on their applications - Albuquerque Tea Party is approaching six years in December and Unite in Action has been waiting for more than three years. The targeting has not stopped and neither will we in our pursuit of justice.

This is absolutely absurd.

The fact is that Congressional probes have found ample evidence of wrongdoing. As the House Ways and Means Committee noted in a letter to the Justice Department a year and a half ago:

-  Lerner used her position to improperly influence agency action against only conservative organizations, denying these groups due process and equal protection rights under the law.  She showed extreme bias and prejudice towards conservative groups.  The letter lays out evidence on how Lerner targeted conservative organization Crossroads GPS as well as other right-leaning groups, while turning a blind eye to similarly-organized liberal groups, like Priorities USA.

There’s no question that conservatives were targeted by the IRS. They were targeted because of their political beliefs -- because their views differed with those of the Obama administration.

As the Inspector General’s report put it, they were targeted if “[s]tatements in the case file criticize how the country is being run.”

The Obama administration’s Justice Department found “no evidence that any IRS official acted based on . . . inappropriate motives.” Yet, in her initial admission of guilt and apology in answer to a planted question at an American Bar Association meeting, Lois Lerner herself admitted:

Instead of referring to the cases as advocacy cases, they actually used case names on this list.

-They used names like Tea Party or Patriots and they selected cases simply because the applications had those names in the title.

That was wrong, that was absolutely incorrect, insensitive, and inappropriate . . .

Yet to the DOJ, there is “no evidence.” Or as President Obama proclaimed – while the “investigation” was still ongoing – there was “not even a smidgen of corruption.”

The corruption is in the investigation itself: led by a major Obama donor, prematurely dismissed by the FBI, and prejudged the president.

Now more than ever it is clear that a truly impartial investigation is needed. We once again call for a Special Counsel – an independent investigation into the truth. But it is equally clear that the only way we will ever get to the bottom of this scandal is through the courts.

We continue representing dozens of conservative groups in multiple cases demanding the truth and accountability in federal court.

Our federal case proceeds on appeal after a key ruling in a related case that could dramatically impact the case and provide justice for those who were targeted.

Of the 38 clients we currently represent, two are still awaiting a response from the IRS on their applications - Albuquerque Tea Party is approaching six years in December and Unite in Action has been waiting for more than three years.

The targeting has not stopped and neither will we in our pursuit of justice.

Now with the DOJ has closed its faux investigation into the IRS targeting scheme, it’s more important than ever that we discover the truth through depositions in our lawsuit – putting Lois Lerner and others under oath – and ask them the key questions to reveal what the Obama administration refuses to concede: that this orchestrated targeting scheme was designed to keep the president’s political opponents on the sidelines during the last presidential election.

Americans should never have to fear that the IRS or any other branch of the bureaucracy will target them for their beliefs.