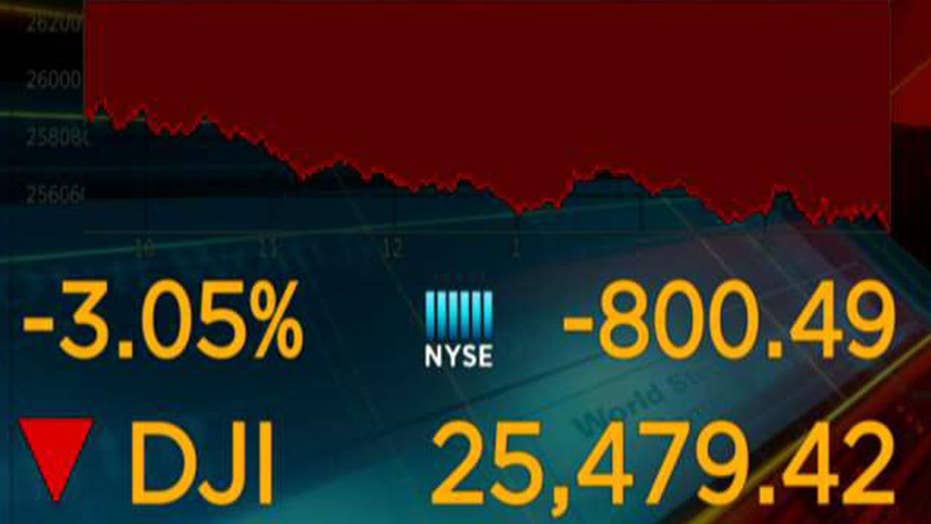 Let us not let the left-wing media talk us into a recession. Make no mistake: they are eager to do so.

After all, it’s hard to call for a revolution if the people are happy.

Less enthusiastically reported have been record lows in unemployment and accelerating wage increases – news that might buoy consumer sentiment, and, not unimportantly, Trump’s reelection prospects.

That’s why Democrats and their media enablers were beyond giddy to see markets nosedive. This was it, pundits proclaimed: Trump’s trade war has brought us to the brink of a downturn.

Maybe. But maybe not.

The very next day, the Commerce Department reported that U.S. retail sales surged 0.7 percent in July, up from a 0.3 percent gain in June, beating expectations.

The U.S. consumer continues to defy prognosticators; despite Democrats campaigning on the miseries of the middle class, by gosh the middle class insists on streaming into Walmart and pumping up the economy.

Walmart just reported that its “U.S. comp sales increased on a two-year stacked basis by 7.3%, which is the strongest growth in more than 10 years.”

Also, the Labor Department reported that productivity rose 2.3 percent in the second quarter, down from 3.5 percent in the first quarter, but a solid gain nonetheless, and one that bodes well for future wage hikes.

The U.S. consumer continues to defy prognosticators; despite Democrats campaigning on the miseries of the middle class, by gosh the middle class insists on streaming into Walmart and pumping up the economy.

To be sure, the outlook is less rosy than it was several months ago. U.S. manufacturing has weakened, falling 0.4 percent in July, and the rest of the world is struggling. Still, our domestic economy is in good shape; the market reaction appears overblown.

Here’s how to make sense of the recent market plunge:

Here’s what you need to know about the state of the economy:

A slowdown elsewhere in the world hurts the U.S., without a doubt. But exports make up only about 12 percent of U.S. GDP; moderate weakness should not lead us into recession.

Meanwhile, some elements that bolster optimism, and that should keep panic at bay, include:

Overall, the U.S. economy is sound. Markets may remain choppy, as investors wait to see whether the inversion of rates persists. Possible catalysts for higher stock prices would include a signal that the U.S. Federal Reserve will cut interest rates to keep us in sync with the rest of the world, or a breakthrough in the trade talks between China and the U.S.

Though the latter appears unlikely today, President Trump will push for some resolution. He knows the economy, and his reelection prospects, may depend on it. He’s just ornery enough to deny Democrats their recession.