What topics can we expect the first Democratic presidential debate to cover?

Good news! According to Democrats, you are not responsible for anything. You’re no longer responsible for your student debts, for taking care of your children, for putting aside money for retirement, buying health insurance, saving to put your kids through college. Nothing. Someone else, someone who is working hard to fulfill their responsibilities and paying taxes, will provide all those things.

Except that, eventually, we actually will run out of other peoples’ money.

Our society is demanding less and less of our citizens. We don’t even demand they obey our laws. If people come into our country illegally, we make sure they get free health services and even free college. If people jump turnstiles or misbehave in schools, we soften the rules so they can avoid punishment.

LIZ PEEK: THINK BIDEN IS THE MOST LIKELY DEM TO BEAT TRUMP? DON'T BET ON IT 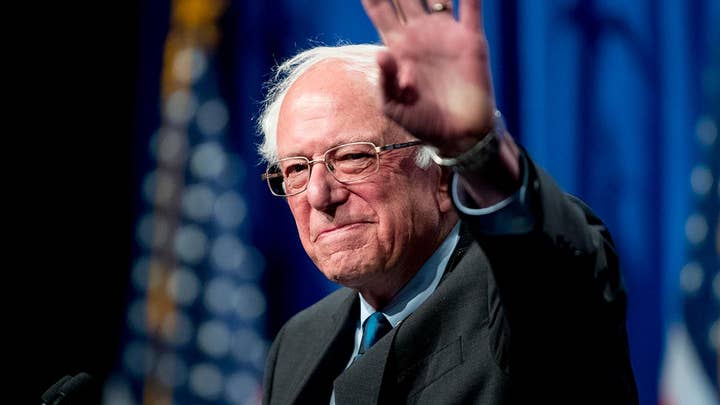 Our standards of behavior are collapsing all around us. Forget outrage about bad language or bad manners; that is so last century. Today, anything goes.

But when people are not expected to provide for themselves, where there is no expectation of individual responsibility, that’s when society begins to break down.

The current crop of Democratic candidates is competing for voters by promising the earth and the moon. Forget a chicken in every pot; we’re talking caviar and champagne…for everybody.

When people are not expected to provide for themselves, where there is no expectation of individual responsibility, that’s when society begins to break down.

The nuclear arms race between Sen. Elizabeth Warren, D-Mass., and Sen.Bernie Sanders, I-Vt., to see who can give away more taxpayer dollars would be comical except that the outlandish proposals can catch on, and in the next cycle might actually materialize. We wouldn’t be talking about “Medicare-for-all” had it not been for Sanders pushing the idea of universal health care in 2016.

Progressives don’t even hear how nuts their arguments sound. Rep. Alexandria Ocasio-Cortez, D-N.Y., one of the loudest voices on the left, is crazy about Sanders’ plan to wipe out $1.6 trillion in student debt and to provide free college for all.

She appeared alongside the Democratic socialist at the roll-out of his new proposal, talking earnestly about a 17-year-old friend whom she had mentored while still in college. Her friend had won acceptance to several “prestigious” colleges, according to AOC, but no scholarship money. She decided she just had to attend her “dream” college, even though it meant taking on $250,000 in debt.

According to AOC, that example illustrates how absurd our education system is.

Sorry, that example illustrates how absurd AOC’s world view is. Instead of realistically assessing the economics of following her dream, the young friend took on debt that is now undoubtedly a burden. But, let us remember, she made that decision, with AOC’s help, presumably. She may regret her choice; but why should it now be the taxpayers’ problem?

She could have attended a local, affordable, community college, or a state university, which would have left her much better off financially. Not everyone can have everything they want. Following your dream is not a “right.”

Another example from Twitter makes the same point. Heather Gautney writes, “I am $180k in debt. I have a PHD (sic) and am a tenured professor – my students are in the same boat, sinking in debt. I pay $1100/month in student loan debt, half of my rent…”

Turns out Gautney is a “Senior Policy Advisor” to Sanders’ campaign, and an Associate Professor of Sociology at Fordham University.

The question before Gautney: did she think that being a sociology professor, even a tenured one, would compensate her for taking out such a huge amount of debt? Did she envision being able to pay off those loans? Does she feel responsible for doing so?

Sanders and Warren argue that the country would benefit from wiping out existing student loans. AOC agrees, saying that student indebtedness is creating an “economy-wide systemic threat”, holding people her age back from buying homes, buying cars and starting families.

This is not quite true. The housing market has expanded more slowly than expected, to be sure, and home ownership for people between 24 and 32 years of age has dropped from 45 percent in 2005 to 36 percent in 2014. But a study by the Federal Reserve suggests that only some 20 percent of the shortfall might stem from student debt; the balance comes from millennials making lifestyle choices like wanting to live in cities, where high rents prohibit many from accumulating a down payment on a home.

Millennials also have put off childbearing as more women enter the workforce and want to gain greater career traction before starting a family.

As for cars? Millennials don’t even bother to get drivers’ licenses; they’d rather take an Uber.

People make choices in life, including whether they want to borrow to further their careers. There are plenty of problems with our education system, including its high cost, which has driven student debt higher. But let’s not absolve the individual from responsibility. Among other choices: what to study. Needless to say, earning a degree in computer engineering will allow quicker debt repayment that taking a course in poetry.

One can be sympathetic with young people starting out, and especially with those who graduated during the lean post-crisis years when jobs were scarce and many did not find the employment they hoped for. The good news is that today jobs are plentiful, and graduates are finding work much more quickly than a decade ago.

The student debt “crisis” – if ever there was one – is on the decline. Defaults are dropping and income for graduates (and everyone else) is rising. The real crisis is convincing Americans they have no accountability. That is an insult and, eventually, a disaster.