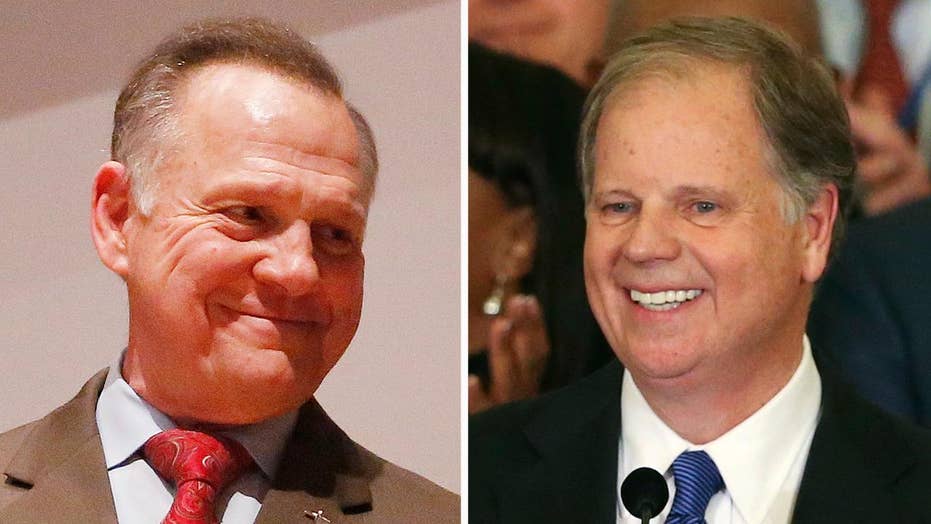 Allegations against Moore played a big role in Senate race

Roy Moore’s defeat in the Alabama Senate race tells us that charges of sexual improprieties can be a potent political weapon.

Moore joins a growing list of celebrities, business titans and politicians toppled by claims that they behaved inappropriately towards women; his loss will inflame a red-hot movement.  Because the issue has rapidly become politicized, with Democrats hoping that sex harassment charges will damage or even oust President Trump, there is a real danger that it will go too far, and hurt the very women its leaders want to protect.

Already, charges of assault and rape have become conflated with accusations of gross behavior. Failing to distinguish between serious threats faced by women and unpleasantness in the workplace will lead the public to tune out and belittle the issue; that is the worst possible fall-out for victims of abuse.

It is important, in other words, to distinguish between louts and criminals. The former is offensive, and should be met with hostility and shaming. The latter should bring on penalties, like job losses or legal charges.

Consider the case of Samantha Holvey. The former Miss America contestant has accused President Trump of ogling her and other women in the beauty pageant dressing rooms. Ms. Holvey is one of several women saying that Mr. Trump behaved “inappropriately” towards them and who, according to the New York Times, want to be taken more seriously.

The former Miss North Carolina was disgusted that Mr. Trump, the pageant organizer, intensely scrutinized the participants, which made her feel “the dirtiest I’ve felt in my entire life.” It wasn’t just Trump that offended her. The Southern Baptist college student also objected to “private parties where the contestants mingled with "old, rich drunk guys ogling all over us," as she told CNN.

With all due respect, maybe Ms. Holvey wasn’t cut out for the beauty pageant life. There’s a reason many beauty pageants feature things like swimsuit contests; men like to look at beautiful women, and Donald Trump is no exception. That’s what supports such entertainments. Was his behavior attractive? No. Criminal? No.

Another person under fire is Texas Republican Rep. Blake Farenthold, who has settled various suits for $84,000 of taxpayer funds. Like most Americans, I am offended that even one of my tax dollars goes to resolve such claims of wrong-doing. But a long piece in the New York Times mainly focuses on the congressman’s office culture which apparently featured frequent off-color jokes, “sexually explicit conversations,” a focus on women’s looks and other obnoxious behavior, including Mr. Farenthold’s “explosive temper.”

Mr. Farenthold’s actions were examined in 2015 by the Office of Congressional Ethics, an “independent, nonpartisan board,” according to the Times, which cleared him of wrong-doing. Now he is under investigation again, by the House Ethics Committee, which will look into the charges brought by the woman who accepted the $84,000 payment.

The case against Mr. Farenthold does not, as far as we know, involve physical attacks against women. Instead, he is accused of being a pig. Attractive? No. Criminal? It would not seem so.

Politicizing sexual assault comes at a good time for Democrats, and especially for some aspiring females in the party, like Senator Kirsten Gillibrand. Democrats have fought to convince women they deserve their vote. Protecting abortion rights and vowing to close the bogus “wage gap” are just two of the female-friendly issues that have become litmus tests for Democrat candidates.

Rooting out sexual misconduct has now joined that list, promoted by the opportunistic Gillibrand. For several years New York’s junior senator has made a name for herself by challenging the military to confront what she claims is a culture riddled with abuse. Armed with that credential, she has pounced on the opportunity to stand with the many newly revealed victims of sexual harassment and assault.

She sent shock waves through her party when she declared that Bill Clinton, her mentor and friend, should indeed have resigned, based on his affair with Monica Lewinsky. She was also one of the first to call for fellow Democrat Senator Al Franken to resign after he was accused of inappropriate behavior. Riding the wave, Gillibrand is skillfully navigating the crowded field of Democrats hoping to challenge Donald Trump in 2020.

But Gillibrand and others who stand to gain politically from the outing of sexual misbehavior, or the sensationalizing of it, need to be careful. The most horrific thing that could happen to women is that the public begins to confuse, as the media is now starting to do, serious assault with piggish behavior.

As women have come forward to complain about unwanted groping or forcible kissing, many have said they were “ashamed” by the event. They are left not only angry, but feeling as though they themselves were responsible. That’s one of the reasons it has taken some women years to reveal a sordid or dangerous episode. If the public begins to belittle charges that seem petty or spiteful, it will further dissuade women from telling their stories.

Women may also find themselves shunned by male colleagues; for some, socializing with co-workers has become fraught. Why risk making an innocent remark that could be misinterpreted if it could end your career? Already men are talking about this.

These are perilous times. Combatting a social wrong should not become a political opportunity. Assaults on women are neither Right nor Left; they are a matter of right or wrong.