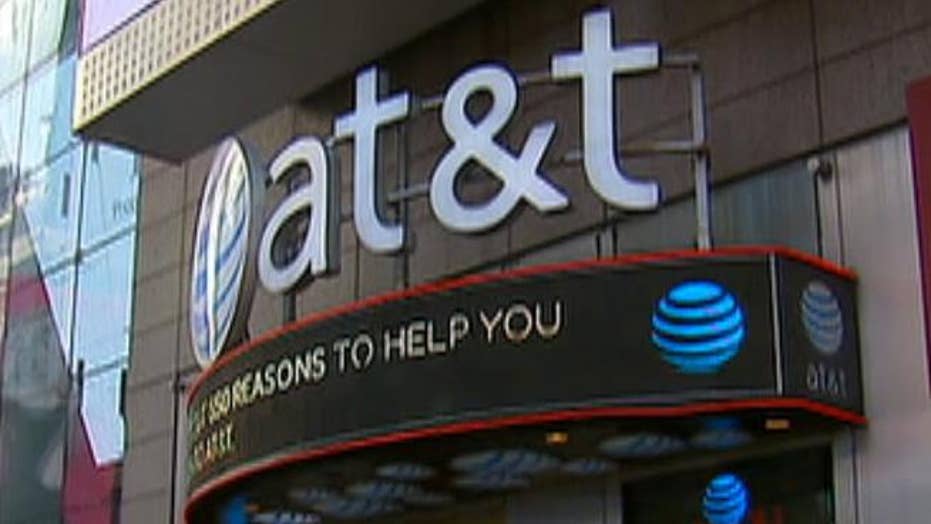 Democrats are convinced they will win a majority and take control the House of Representatives in 2018. Big business could prevent that from happening.

Bank of America sent an email to employees Friday from CEO Brian Moynihan highlighting the bank’s 2017 achievements and saying that because the bank will benefit from the GOP tax cut legislation “we intend to pass some of those benefits along immediately. U.S. employees making up to $150,000 per year in total compensation – about 145,000 teammates – will receive a one-time bonus of $1,000 by year-end.”

AT&T said it would pay $1,000 bonuses to as many as 200,000 workers at year end, and invest an extra $1 billion building out its infrastructure. Comcast also announced $1,000 bonuses for more than 100,000 employees, and said it planned to spend over $50 billion over the next five years on capital projects.

Fifth Third Bancorp said it would raise pay for employees earning the minimum wage to $15 an hour and pay bonuses to 13,500 workers. Boeing and Wells Fargo announced other measures to share the bounty of forthcoming tax cuts.

Democrats are going to have a hard time arguing that the tax bill was a disaster when paychecks rise and many see unexpected bonuses. They will have to revert to Plan B, which is the promise to impeach President Trump.

Democrats have derided these moves as a publicity stunt. Senate Minority Leader Chuck Schumer, D-N.Y., put out a statement saying the bonuses and pay hikes were "the exception, not the rule, when it comes to the biggest corporations spending their windfall." How does he know? He doesn’t; he’s just hoping that the trickle of good news doesn’t swell into a torrent. Nothing undermines a negative narrative faster than cold, hard cash.

If U.S. corporate leaders are smart, and most are, they will ensure that those hundreds of thousands benefitting from Bank of America, Comcast, AT&T and other companies’ reactions to the tax bill become several million in the months ahead. American business leaders campaigned for tax cuts; they claimed that lower rates and the opportunity to economically repatriate foreign-held cash would spur investment and help workers. Let’s see them make good on those claims.

C-suite managers are optimistic about their companies’ prospects, in part because they see a business-friendly face in the White House for the first time in eight years. If they want that environment to persist, they should support the tax overhaul by passing some of the gains along to their employees. In a very public way.

That support could slow Democrats’ effort to reclaim the House. The New York Times, often wrong but never in doubt, says that 2018 is shaping up to be a “punishing election year,” mainly because the GOP tax bill is unpopular. But the legislation polls poorly mainly because House Minority Leader Nancy Pelosi of California, Schumer and other Democrats have misrepresented the bill.

Specifically, Pelosi says the GOP bill “raises taxes on 86 million middle-class households.” Pelosi’s claim hinges on the fact that 10 years out the bill’s personal tax cuts expire. She is assuming that a decade hence Congress will refuse to extend the new lower rates and thus the middle class will see higher taxes.

Come February, as the IRS begins to adopt the legislation’s new tax rates, most Americans will get a big surprise. Their take-home pay will go up and they will conclude that Pelosi was not telling the truth. Analysis by left- and right-leaning groups show that in 2018, over 80 percent of taxpayers will get a tax cut, which will average $2,140. Taxes for almost everybody but certain high-income people in blue states will go down.

Democrats are going to have a hard time arguing that the tax bill was a disaster when paychecks rise and many see unexpected bonuses. They will have to revert to Plan B, which is the promise to impeach President Trump.

It’s not clear on what grounds the left hopes to focus this effort; sexual harassment claims are one possible path, or perhaps they will charge President Trump with violations of the emoluments clause, which prohibits a president from taking gifts from foreign governments. Revenue received from ambassadors and other representatives of foreign governments who dine or stay at Trump hotels, or who lease out space in Trump buildings, some claim, put the president over the line.

Unhappily for Democrats, a district judge just dismissed a case involving such a charge, the first of several lawsuits brought along those lines. This fight is not over; other suits are in the works. For most Americans, though, the idea that a duly elected president could be deposed because the British ambassador eats at BLT Steak, which is in the Trump Hotel, would appear ludicrous.

More importantly, the threat of impeachment will without a doubt fire up Trump’s base. They have been flagging under the constant assault of negative news coverage, but an all-out effort to oust the president on grounds most would find flimsy could rally supporters.

Overall, it is likely the GOP will lose ground in 2018; some seepage is traditional for either party in the first midterm of a presidency. On the other hand, President Trump has surprised us before.