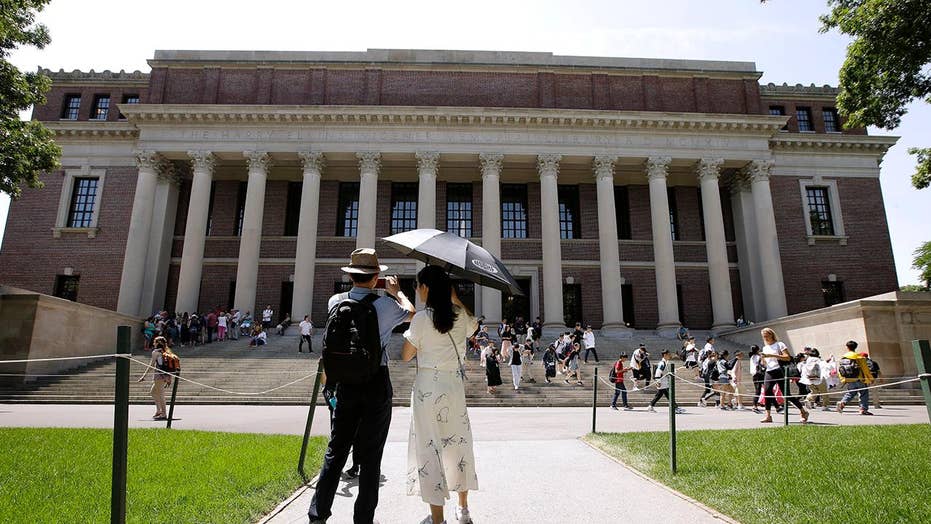 Federal judge says Harvard does not discriminate against Asians

We are first-generation immigrants from China living in Washington state. We had no plans for political activism when we arrived in the United States. Yet the potential injustice of politics can be so severe that it compels the most unlikely of us to take a stand.

This year, we are leading the campaign to reject the restoration of racial quotas and preferences in our state.

In 1998, Washington voters passed a ballot initiative that made it illegal for the state to “discriminate against, or grant preferential treatment to, any individual or group on the basis of race, sex, color, ethnicity, or national origin in the operation of public employment, public education, or public contracting.”

This past April, Democrats in the state Legislature overturned the ban. Along with some 300 Asian-Americans, we showed up to the legislative session to voice our opposition getting ride of the ban. Our legislators refused to listen, passing their bill on a straight party-line vote.

One state senator even dared us to collect the 200,000 signatures necessary to force the measure, Initiative 1000, to a referendum in this year’s election.

We did exactly that and prevented Initiative 1000 from becoming law. Let the people decide, we said, and we put Referendum 88 on the ballot. A “reject” vote means rejecting Initiative1000 and upholding Washington’s existing ban on quotas and preferences.

Most of us involved in the "Let People Vote – Reject Referendum 88" campaign had never been involved in politics before – never raised money, never collected signatures, never answered questions from reporters, never attended or organized protests and rallies. The impetus for our activism, however, was simple: No one should be racially discriminated against by our government.

For us, the principle of equal opportunity is not an abstraction. Most of us immigrated to this country with few resources and few ties to American society. We believed that if we worked hard, we could succeed by merit. We did not ask for handouts or special treatment. In return, America granted us an abundance of opportunities.

Our experience taught us that equal opportunity is for everybody. It is not just a slogan; we have lived it, and we believe it deep within our hearts.

Yet Initiative 1000 proposes to trash equal opportunity and replace it with discrimination.

Though supporters argue that it will expand affirmative action to minorities without quotas and preferences, the initiative actually redefines preferential treatment as applicable only when factors such as race, ethnicity and gender are the “sole qualifying factor” used to confer a public benefit. In other words, the state can freely discriminate when one of these factors is not the only reason for its decision.

Of course, whenever race is considered, racial groups are inevitably pitted against each other. For Asian-Americans across the country, we have often borne the cost when the government or elite institutions decide that there are too many of us and not enough of other minorities.

Harvard University shows exactly what sordid discrimination schemes can materialize when race is “one factor among many” considered in the admissions process.

Should voters in Washington fail to reject Referendum 88, similarly atrocious practices of discrimination will be coming to our public universities.

Currently, Asian-Americans have achieved an admission rate of 27.3 percent at the University of Washington without the use of quotas and preferences, even though they make up only 8.11 percent of the state population.

If race is reintroduced as a consideration in the admissions process, UW administrators will eagerly “correct” the overrepresentation of Asian-Americans. Government discrimination will be disguised as the pursuit of diversity.

Meanwhile, proponents of quotas and preferences in Washington have shamelessly said Asian- Americans have no business putting our yellow faces on the Reject 88 effort. The racial grievance industry blames us for not falling in line with other minorities and wonders how we dare to have an opinion they did not approve.

Such insults and dismissals have only fueled our motivation to fight back. In the land of the free, everybody deserves to be treated equally. We will not meekly stand by while politicians and special interests decide to treat us as political nobodies in order to further their sanctimony, self-interest or hypocrisy.

Through the Reject 88 campaign, many members of our community have come to a political awakening. We have found our voices, we are not backing down, and we are not asking for permission to fight for what is right.

We do not have much time on this issue, however. Voting by mail began in Washington state is already underway and will continue until Tuesday, Election Day. (Washington does not have in-person voting). We are being vastly outspent by the other side, which is supported by unions and corporate interests eager to appease identity politics, and managed by operatives steeped in years of grievance peddling.

We hope Washingtonians will stand with us to reject Referendum 88, and Americans from around the country will extend us their moral and financial support.

We hope equal opportunity will once again prevail in Washington state.

Kan Qiu is co-chair of the Let People Vote – Reject Referendum 88 campaign and a small business owner in Washington state.

Linda Yang is a co-chair of the Let People Vote – Reject Referendum 88 campaign and a small business owner in Washington state.