DOJ to revoke guidelines on race in college admissions

The Trump administration is doing away with a series of affirmative-action policy documents put in place under former President Barack Obama that encourage colleges and universities to use race in admissions processes to promote campus diversity.

The guidelines, implemented under Obama between 2010 and 2016, put forth legal recommendations that officials in the Trump White House say “mislead schools to believe that legal forms of affirmative action are simpler to achieve than the law allows,” according to a report in The Wall Street Journal.

The Trump administration contends that the Obama-era guidelines go far beyond what the Supreme Court has decided on in regard to affirmative action. The court has ruled that colleges and universities can use affirmative action to help minority students get into school, but conservatives over the years have argued that these programs hurt the chances of white and Asian-American applicants.

Attorney General Jeff Sessions cited “improper rulemaking.” He said, “The American people deserve to have their voices heard and a government that is accountable to them. When issuing regulations, federal agencies must abide by constitutional principles and follow the rules set forth by Congress and the President. In previous administrations, however, agencies often tried to impose new rules on the American people without any public notice or comment period, simply by sending a letter or posting a guidance document on a website. That’s wrong, and it’s not good government.”

The Trump administration “could just be rescinding the Obama-era polices,” Ilya Shapiro, a senior fellow at the Cato Institute, told Fox News. “But it could also change how past Supreme Court decisions are interpreted and say that schools can’t rely just on race and need to present other ways of achieving their diversity goals.”

The move to do away with the guidelines comes as the Justice Department looks into whether Harvard discriminated against Asian-American applicants by holding them to a higher standard during its admissions process. 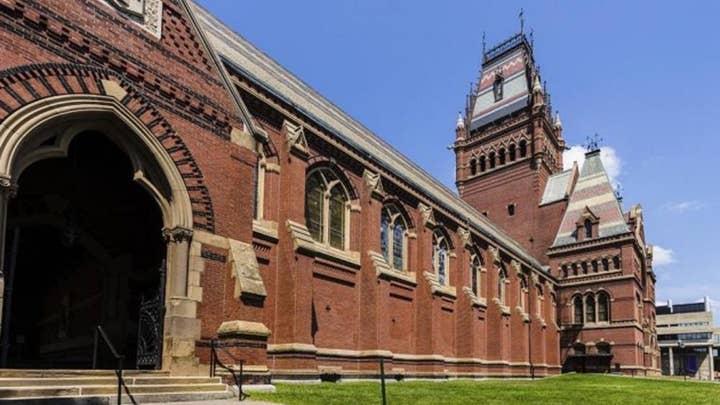 Students for Fair Admissions, a nonprofit opposed to affirmative action, said in a study that Harvard routinely assigns lower scores to Asian students in subjective rating categories meant to measure attributes such as likability, courage and kindness, putting them at a major disadvantage compared with white students.

Harvard blasted the study in an opposing court filing and submitted a countering study that found no evidence of bias. In a statement, the school called the lawsuit an attack on its ability to consider race in admissions, which it says is necessary to assemble a  diverse mix of students.

“Harvard will continue to vigorously defend our right, and that of other colleges and universities nationwide, to seek the educational benefits that come from a class that is diverse on multiple dimensions,” the institution said.

The studies were filed in Boston's federal court as both sides attempted to persuade a judge to end the suit before it reaches trial, which has been scheduled to start in October.

Democrats slammed the news about doing away with the Obama-era policies.

“The Trump administration isn’t just willfully blind to the reality of systemic racism — it's coldly indifferent to its destructive consequences, and it's absolutely committed to dismantling any efforts to address our nation's original sin," Democratic National Committe Chairman Tom Perez said in a statement. “Democrats believe that diversity and inclusion are profoundly American values. We believe that a quality education opens the doors of opportunity, and that everyone deserves a meaningful seat at the table."

The Justice investigation has also drawn a strong rebuke from numerous organizations representing minority groups, which argue that this is a step toward doing away with affirmative action altogether.

“White women and Asian-Americans have been the biggest beneficiaries of affirmative action programs,” Vicki Shu, vice president of public affairs at OCA – Asian Pacific American Advocates, said in statement. “We have an obligation to ensure that that opportunity continues to exist for other under-represented communities.”

The Cato Institute’s Shapiro maintained that there are other ways besides affirmative action to create a more diverse student body.

“There’s the socioeconomic argument,” he said. “But there’s also looking into better outreach at high schools, better financial aid packages and reducing other priorities like those for legacy students and athletes.”