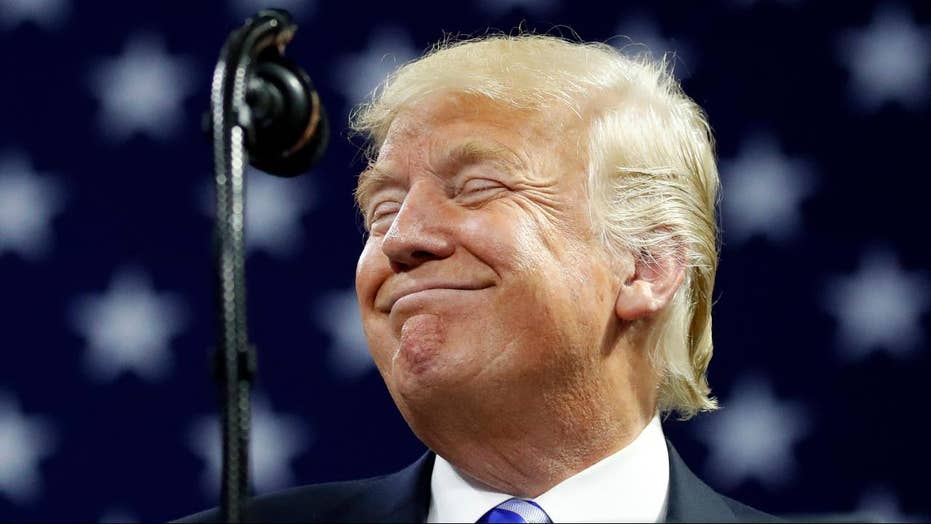 The liberal news media have a new favorite word to use when discussing President Trump: impeachment.

For example, MSNBC and CNN reporters, anchors and guests said “impeach,” “impeachment” or some other form of the word on the cable news channels an incredible 222 times between 6 a.m. and 11:59 p.m. Wednesday. And of course, they talked about possible impeachment other days as well, and newspapers and websites were also filled with impeachment speculation.

Most Democrats in Congress and their leaders are shying away from talking about impeachment before the November midterm elections – but that’s not stopping the anti-Trump media.

In the discussions about kicking the duly elected president of the United States out of office, speakers gave their fond recollections of the effort to impeach President Nixon, which resulted in his resignation on Aug. 9, 1974.

Journalists and the people they interviewed fondly recalled the Nixon drama, talked about the how you can’t spell “election” without an “I,” and warned the Supreme Court nomination  of Judge Brett Kavanaugh will face fierce opposition from Democrats.

Journalists were so desperate for the narrative that they completely ignored correcting a false statement they had promoted for nearly a half-hour across the three broadcast networks. ABC, CBS and NBC first reported that “Trump knew in advance of 2016 Trump Tower meeting” with Russians. Then when former Trump attorney Michael Cohen’s lawyer, Lanny Davis, corrected the record the media ignored it for an entire day.

Facts apparently don’t matter. MSNBC did a number on accuracy and ran an incorrect graphic of “how impeachment works” two days in a row. Perhaps it was just wishful thinking as the left-wing network hoped that 60 senators could convict the president instead of the required 67.

Slate flashed back to the impeachment drama it enjoyed (hint: not the one involving President Clinton.) “Most of the articles of impeachment against Nixon could easily apply to Trump,” it reported.

“So is this gonna, in some way, be like the only issue in the midterms going forward?” Guthrie asked.

Oddly, CNN’s Ana Cabrera and sometime-conservative host S.E. Cupp accused the White House of the “politics of fear” over that same possibility of impeachment. Cupp stressed that saying what her network is saying is “stoking these fears” that the Democrats will impeach. She claimed it’s a voter “turnout” strategy.

Apparently, she never watches her own network. But who can blame her?

There’s one fly in the ointment. Democrats are afraid that rational Americans don’t want to impeach a president for something he might have done that they don’t care about and happened before he ever took office. The party fears such impeachment talk might help the GOP.

The issue Democrats want to flee is the top agenda item of liberal billionaire Tom Steyer. And at least part of his wish came true – the part he’s paying $120 million to get – turning the election into a referendum on impeaching the president.

Steyer, whose record of picking winning candidates in elections is atrocious, wants to impeach President Trump and replace him. Possibly with himself. He’s already built a list of 5.5 million impeachment fans and the former hedge fund executive is “seriously looking into running for president,” according to CNBC.

So the news media aren’t just buying into a bogus exercise in impeachment, they are genuinely doing the work of a likely Democratic candidate.