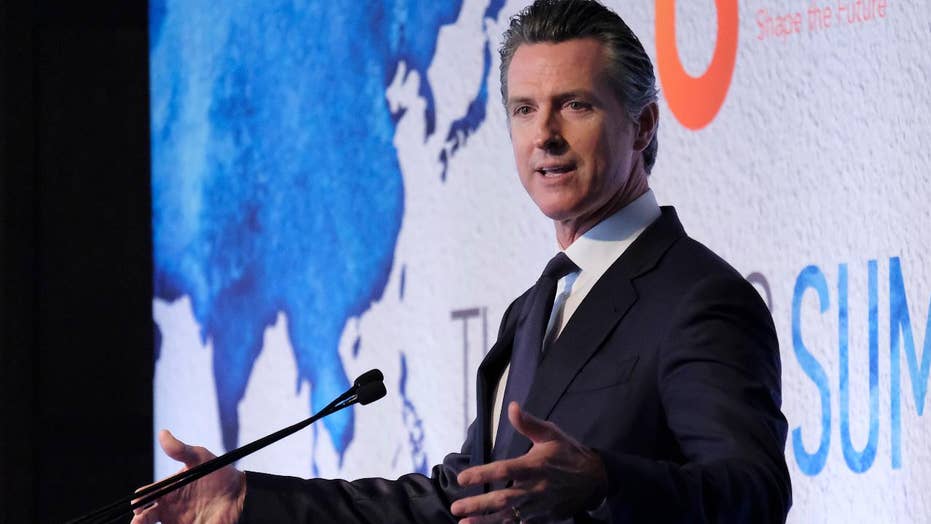 Gavin Newsom: What to know

Who is Gavin Newsom? Here are some things you may not know about the 40th governor of California.

Republicans like to portray California as a poorly governed, overly taxed and problem-plagued state run by far-left politicians pursuing unrealistic and unworkable policies – in other words, a right-wing nightmare come to life. But as a Californian, I can tell you this is a caricature – not reality.

Democratic Gov. Gavin Newsom is doing a good job running America’s most populous state. He calls himself “a positive alternative” to President Trump and boasts that he governs “the most un-Trump state in America.”

Newsom has frequently clashed with Trump, even traveling to El Salvador in April to show that the president’s hostility to Latin American immigrants and their home countries is not representative of the views of the American people.

GAVIN NEWSOM PREDICTS THE GOP WILL DEVOLVE INTO A THIRD PARTY: ‘THEY ARE FINISHED’

California’s economy is booming. Newsom understands that its diverse population and highest number of immigrants in the nation – both documented and undocumented – are an asset, not a liability.

The overwhelming majority of adult immigrants are hard-working men and women who hold jobs and pay taxes. Many of their children will grow up to work their way into better economic circumstances and make enormous contributions to California, the U.S. and in some cases the world.

Most Californians understand that some of the most important scientific discoveries, advances in the fight against disease, inventions to revolutionize our lives, and business advances will no doubt continue to come from immigrants, their children and generations beyond – just as they have since colonial times.

California has also become a center of “the resistance” to President Trump and his policies – many of which run counter to traditional Republican positions.

The truth is that Newsom and California aren’t the ones out of step with most Americans today. President Trump and the Republicans who support him are.

The Republican brand – largely due to Trump’s angry rhetoric and unorthodox governing style – has become too toxic for many independents, certainly for those on the left, and even for many on the right.

As the Republican Party under Trump moves further toward extremism and becomes increasingly hostile to foreign nations and immigrants, Democrats like Newsom are becoming more and more representative of the American mainstream.

Just look at some Republican policies under Trump that are too extreme for many Americans.

The truth is that Newsom and California aren’t the ones out of step with most Americans today. President Trump and the Republicans who support him are.

President Trump and many on the right are sounding like climate change deniers, eager to continue our dependence on fossil fuels and scrap reasonable environmental regulations. Yet poll after poll shows that the majority of Americans believe than human-caused climate change is real and a threat to our futures.

America is a nation of immigrants and is the greatest and most powerful nation on Earth because of our immigrant heritage – not in spite of it. Even President Trump’s paternal grandparents, mother and two of his wives came to the U.S. as immigrants.

How many of us wouldn’t be here today if our parents, grandparents or great-grandparents had been denied entry to the U.S. because they were not college-educated professionals?

Poll after poll shows that Americans have become more tolerant or supportive of undocumented immigrants and their rights.

We have seen this more so in recent days in light of the terrible and heartbreaking conditions under which some migrant children have been housed in overcrowded Border Patrol stations and detention centers – sometimes without soap or toothbrushes, poorly fed and taken care of.

We’ve read report after report of how toddlers are inconsolable and how children are caring for other children. In Clint, Texas, for example, hundreds of children – many still infants – have been exposed to undue trauma while languishing in poorly equipped facilities.

Although the U.S. economy remains strong, the Trump tax cuts have primarily benefitted rich Americans like him and deprived the government of needed funds for programs benefiting millions of Americans.

Democratic presidential candidates are stressing that if they get to the White House they will focus on helping all Americans with their economic policies – not just the richest among us.

Although the Republicans would have you believe most Americans are opposed to abortion and want to see it severely restricted or even outlawed, that isn’t true.

So for those who brand Gov. Gavin Newsom a far-left extremist – you’re wrong. The Democratic presidential nominee in 2020 may hold similar positions to Newsom, and could wind up as our next president.