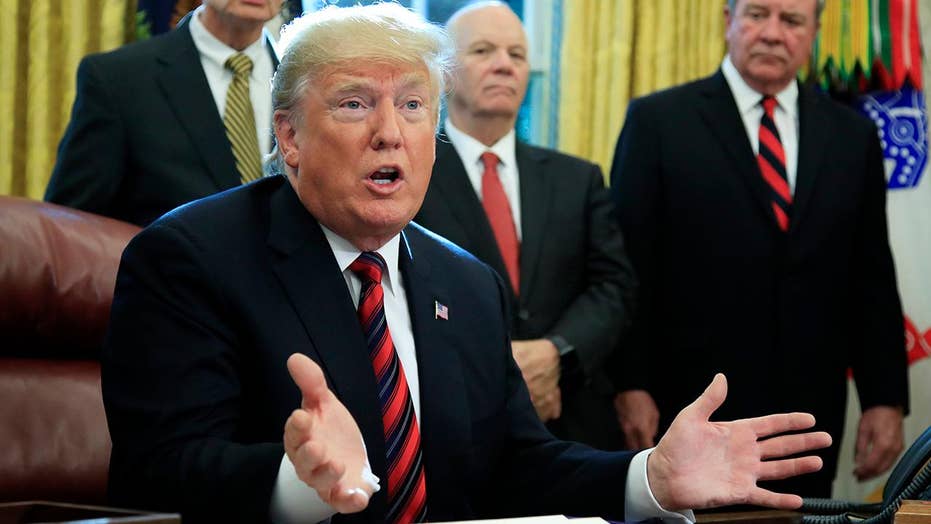 President Trump blames Democrats for caravan, fires up his base.

As I watch TV news reports and read about the roughly 7,000 men, women and children from Central America traveling through Mexico toward the U.S. in a caravan, I worry.

First, I worry about the health of these people, especially the children. The temperatures they are walking in are very hot. Water and food are in limited supply, as are toilets along their route. And there has already been one death – a man from Honduras who fell off a vehicle to his death. How many more?

Second, I worry that Americans will believe the fearmongering from the right about these people – particularly the words of President Trump.

President Trump told reporters Monday: “Take your camera, go into the middle (of the caravan) and search. You’re gonna find MS-13, you’re gonna find Middle Eastern, you’re going to find everything. And guess what? We’re not allowing them into our country. We want safety.”

However, multiple reporters traveling with the caravan confirmed that those in the group are primarily from Honduras. No reporters have said they have come across any Middle Easterners.

The Associated Press reported: “Associated Press journalists who have traveled with the migrant caravan for more than a week have seen nothing that verifies his (President Trump’s) claim.”

Former senior intelligence officials have also refuted the president’s claims. And in Los Angeles, where I live, the MS-13 members are largely American-born.

All of this fanning the flames of fear by the president is a recipe for disaster.

Third, I worry that President Trump has threatened to send our military to the border to deal with this caravan. And what good would come of that? Will we turn into the Middle East?

I have images of shootings here like those we see in Israel at the border with Gaza. I see no good coming from this. I see death.

I feel this caravan is a talking point sent from heaven to President Trump and the GOP.

We already see hundreds of migrants dying each year trying to cross into the United States. The U.S. Border Patrol reported 294 deaths in 2017.

Fourth, I worry that there are concerns on both sides of the political aisle.

Former White House press secretary Ari Fleischer tweeted: “1) Do you support letting all of them (migrants) into the U.S.?  2) Are there any you would send back? 3) Once they’re here, who would pay for their health care? 4) Who should pay for their housing/food? 5) Where should they live?”

I don’t agree with Fleischer, but many people share his concerns. I think both sides would agree that we don’t want everyone here and certainly the criminal element should not be allowed in. Health care is a major concern. Not only the cost, but the number of medical professionals compared to the number of people who come through the emergency room on a daily basis.

And lastly, I worry that this caravan will bring Republicans out in larger numbers for the midterm elections, which are less than two weeks away. The Democrats have been largely silent on this caravan. As I stated Tuesday on Fox News Channel, I feel this caravan is a talking point sent from heaven to President Trump and the GOP.

Hopefully, the caravan will help those fleeing violence, poverty and corruption. And hopefully, it will also help bring about comprehensive immigration reform that is so badly needed here in the United States.