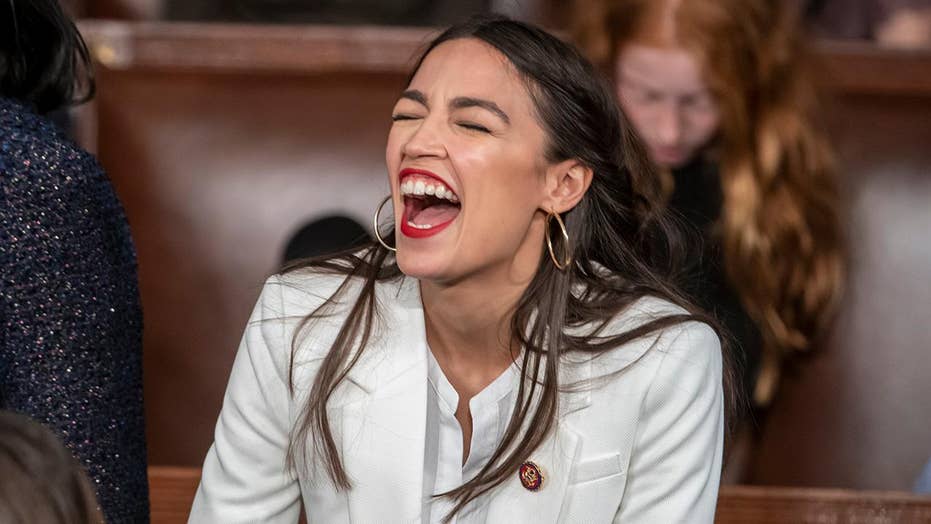 Alexandria Ocasio-Cortez, also now known as “AOC,” is the youngest woman ever elected to Congress. Normally, a person who is first at something is admired, revered, respected; but in the case of Congresswoman Ocasio-Cortez, it’s been quite the opposite.

She’s been attacked not just from the right and members of the GOP, but even from some in her own party. She’s charismatic, favors very progressive policies, and refers to herself as a Democratic Socialist. Yet despite her accomplishments, here’s what is being said about her. And keep in mind, she’s only been in office one week.

White House counselor Kellyanne Conway said that Ocasio-Cortez is a “29-year-old who doesn’t seem to know much about anything.” And that seems to be the opinion of many.

Is AOC a political scholar? No. In an interview on PBS’s "Firing Line with Margaret Hoover," she admitted her own weakness on Middle East politics: “I am not the expert [laughing] at geopolitics on this issue.”

In my opinion, AOC is anything but dumb. She attended Boston University – not an easy school to get into. While working as a bartender, she decided to run for Congress and unseated the 10-term Democratic incumbent, Joe Crowley, who was not holding a vulnerable Congressional seat at that time. She won 57 percent of the vote. She saw what her district wanted and was lacking, and offered an alternative. And she won.

From a barmaid to a congresswoman? That’s no dummy.

She didn't really earn her win, she just got lucky.

Ocasio-Cortez's victory has been chalked up to a lot of factors, like "gentrification" and "changing demographics" in her district. In fact, she won because she gained the confidence of the majority of the voters with an old-fashioned tactic called hard work. This is a woman who pounded the pavement of New York’s 14th congressional district so much that she had holes in her shoes, literally. She admits that one reason she won was she worked harder than her opponent, and that’s true.

One of my favorite songs is by Don Henley, “How bad do you want it?” The refrain says, “How bad do you want it? Not bad enough.” Crowley didn’t want it bad enough, didn’t fight hard enough, didn’t work hard enough. AOC did. And this I know from personal experience. I was the youngest person to be syndicated on national radio back in 1992, and many thought I must have done something less than legitimate to get there. Trust me, I got there on nothing but hard work and merit.

AOC likes to call herself “Alex from the Bronx,” but her critics argue she’s an imposter because she grew up in Westchester County. Some say that makes her privileged. The fact is, she grew up in Yorktown, a very middle-class neighborhood, and currently lives in the Bronx.

Jim Hoft, a Gateway pundit, even entitled one of his pieces: “Exclusive: Yorktown Elitist and Bronx Hoaxer Alexandria Ocasio-Cortez Went by ‘Sandy’ Well into College at Boston U….”

Seriously? She’s not Alex from the Bronx because she was Sandy in college? I wonder if Flounder from "Animal House" used that nickname once he left college? And for the record, I was "Fletch" in college. Am I an imposter too?

Despite the #MeToo movement, women still are constantly judged for our appearance, and AOC is no exception. The Washington Examiner posted to Twitter a photo it snuck of her in the halls of Congress. The caption read, “Hill staffer sent me this pic of Ocasio-Cortez they took just now. I’ll tell you something: that jacket and coat don’t look like a girl who struggles.”

AOC pointed out in a recent tweet that PolitiFact has fact-checked her the same number of times as White House Press Secretary Sarah Sanders.

When she rose to vote for Nancy Pelosi for House speaker, some Republican members booed – treatment her Democratic colleagues did not receive. “Over 200 members voted for Nancy Pelosi today, yet the GOP only booed one: me,” Ocasio-Cortez later tweeted.

There was almost more fuss, in my opinion, over a video that surfaced of AOC dancing in college than over the treatment of children being separated from their families at the border.

The bottom line is, Congresswoman Alexandria Ocasio-Cortez is someone who can be a role model for young girls everywhere. She had a goal, worked hard and achieved it. We should be applauding her accomplishments, not tearing her down and constantly criticizing her.