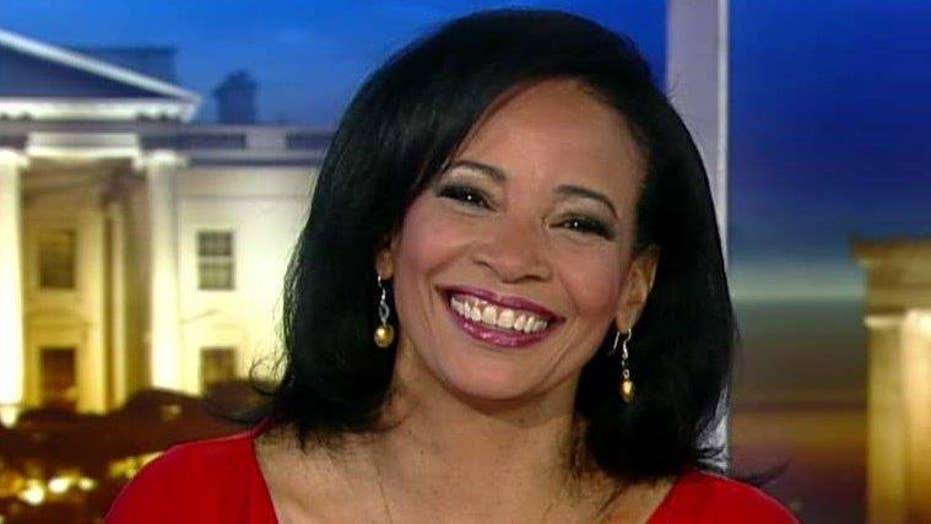 Fox News religion correspondent enters 'The Friend Zone' to discuss her new book, 'Lighthouse Faith: God as a Living Reality in a World Immersed in Fog'

I have no doubt that there are places on earth with spiritual powers. They are abodes of solace and security—places like churches, of course, but also bucolic settings of verdant meadows, quiet rivers, or majestic forests. These serene locales are “living witnesses to the reality of God.” But what may not be so obvious, is that common places also hold spiritual powers, made spiritually potent by what God chooses to reveal to us while we are there.

I have been in such a place. It was at my friend Cathy’s summer home on Long Island, New York, the area known as the Hamptons. But her house is not one of those mega-mansions raved about in magazines and on entertainment shows, or one of the Gatsby-esque gilded estates of a long-lost era. It is simple, almost farmhouse-like, with a cottage on about an acre and a half.

It’s a property that has been in Cathy’s family for several generations, before the narrow sixty-mile stretch of land between the waters of the Great Peconic Bay and the Atlantic Ocean became the summer playground of choice for the famous and super rich.

Cathy herself is an extension of her home. I cannot separate that house from her incredible spirit. She is one of the true women of faith whom I have met in my life.

Cathy attends Mass daily and prays continually for her family, friends (including myself), and acquaintances. Despite her own tragedies, she seems always in good spirits and confident of God’s ability to answer prayer.

Like my own mother, she is a widow who, on top of losing her husband, has also suffered the death of a grown son. But you would never know her inner pain, for she radiates joy.

I hadn’t known Cathy long when she first invited me to her summerhouse. We met through my work as a religion correspondent.

At first I saw her as a great source for stories because she’s a member of the much-maligned (thanks to Dan Brown’s "The Da Vinci Code") Catholic lay organization Opus Dei.

Opus Dei means “the work of God,” and the ministry is founded on the principle that everyday activities can be made holy if they are pursued to the glory of God. In other words, life itself, in all of its ups and downs, is a calling.

Cathy certainly lived out that doctrine, teaching by example that serving God is not a nine-to- five job. It’s a way of being. And so it didn’t take long for this spiritual woman to sense my brokenness and great need.

I was at one of the lowest points of my life. There were so many changes and traumas that seemed overwhelming at the time. One of those changes was a transition from one position to another at Fox.

Although I love my current work as a religion correspondent, I had previously also been the news cut-in anchor for a popular morning show, and it seemed like a demotion.

The move was made more intense because of a recent failed relationship, leaving me no loving shoulder to lean on, no domestic stability, and no anchor of my own to keep my vessel steady.

I was a single woman supporting myself in one of the most expensive and competitive cities in the world. A disruption like that, not of my own choosing, was rattling to the point of earth shattering.

I have to admit that I don’t handle change well. I felt trapped in a cruel world, abandoned by the God I had believed in all my life, as if the God I was devoted to was removing his blessing and instead was bringing me to a place of wilderness, then leaving me there to fend for myself.

So coming to Cathy’s simple home was like coming to a sanctuary. I felt reborn and rejuvenated. Instead of coiled up like a fetus in my New York City apartment, I was able to stretch my limbs both physically and emotionally in the home’s welcoming arms: its cozy fireplace radiated a sense of security; the stuffed sofa and chairs in the living room cushioned my contorted conscience, and the front porch where I’d sit staring at the lawn brought a solace I had long forgotten.

Couple that with lots of family photos on the walls and the constant whir of conversation and cooking in the kitchen, and it restored in me the belief that my life had meaning and purpose, that relationships mattered immensely, and that one in particular was guiding me ever so lovingly and mercifully.

And it was in Cathy’s home that I began to realize that God had not forgotten me after all. It was quite the opposite. In fact, he was blessing me. He had brought me to a place in my life to get my attention; first emotionally with turmoil, then physically with this sanctuary.

What looked to me like adversity, calamity, and disaster was actually God looking beyond my faults and my wants, and seeing to my needs.

Through Cathy, the grace of God shone bright. I knew it for certain because of one quiet moment when God spoke to me through something so ordinary and so common—the depth of relationship and the calming presence of his created world.