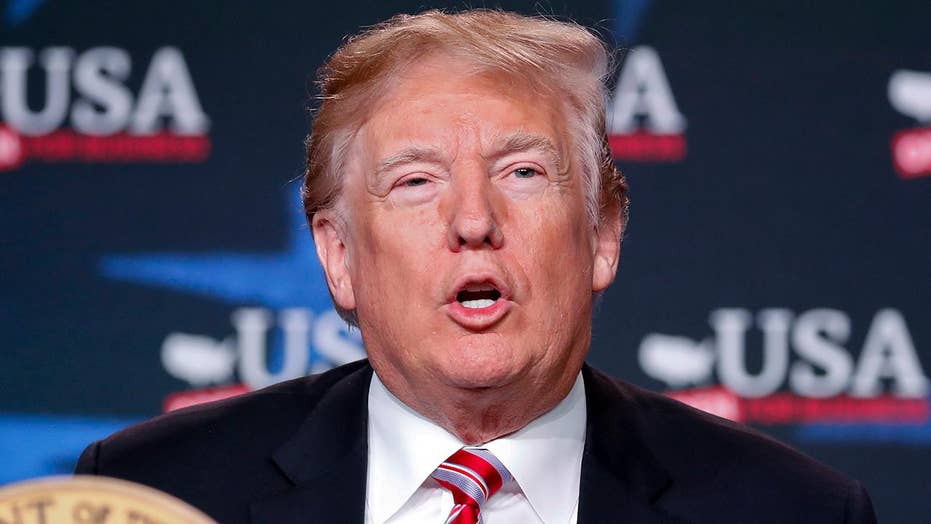 Tuesday, April 17, is Tax Day this year. Uncle Sam will come knocking and across the country millions of Americans will be reminded just how much their lives changed for the better this year since the Trump tax cuts took effect.

Politics are personal as they say, and there is nothing more personal than someone’s wallet.

Under the new tax law, an average family of four will get a $2,000 tax cut this year and can expect to see next year’s tax bill slashed by 58 percent.

To date, 507 companies have made decisions to hand out bonuses, raises, add more money into their employees’ 401K accounts, as well as plans to grow their businesses or slash costs for consumers. This is all courtesy of the Trump tax cuts.

The Department of the Treasury estimates 90 percent of the workforce is seeing more money in their paychecks, thanks to the tax cuts.  The new law also doubles the amount of the child tax credit to $2,000 per child based on eligible kids. The individual tax cuts, including the child tax credits, are set to expire in 2025, and both President Trump and House Ways and Means Committee Chairman Kevin Brady are on record as saying they want to make the individual tax cuts permanent.

Between enacting a sweeping tax cut that has put more money in people’s wallets and a regulation rollback that has propelled businesses into hiring more people, the economy is surging; and there isn’t a single Democrat who can take any credit for it.

What better time than now to make that relief a fixture for people instead of a temporary respite. Now that the tax cuts have taken effect and we’ve seen how they are helping the economy and providing a long overdue break for individual families across the board, why not force the Democrats into a do-over.

Not a single Democrat voted for the tax cuts the first time around. Give them another chance to vote to let more people keep the money they earn - this time permanently.

If they vote no again they can answer to their voters in November.  And if you’re Joe Manchin, D-W.V., or Heidi Heitkamp, D-N.D., from states President Trump carried, good luck with that. If they vote yes, it helps continue to “make America great again,” and that’s something in which we should all be united.

If Republicans are scared they may lose a campaign talking point for the midterms should some Democrats cross over and vote with them, they need to remember this is the president’s agenda. They need to own it and they need to run on it if they want to have any chance of winning in November.

In the races we’ve watched Republicans lose in states where Trump has won, like Pennsylvania, the Republican candidates have done a horrible job of owning the Trump agenda. Instead they’ve sat back and let the Democratic candidates define them.

Any Republican running in a Trump state or Trump district, who lets a Democratic opponent define himself or herself, deserves to lose.

Between enacting a sweeping tax cut that has put more money in people’s wallets and a regulation rollback that has propelled businesses into hiring more people, the economy is surging; and there isn’t a single Democrat who can take any credit for it. This week is as good as any for Republicans to remind voters of this from coast to coast.

More people working for more money, and more money in your pocket is a winning message. More money in retirement accounts and college savings accounts are accomplishments Republicans should be touting every day.

A growing economy with lower taxes, and benefits for people across the board, is the best campaign platform. It’s about time the GOP started running on it.