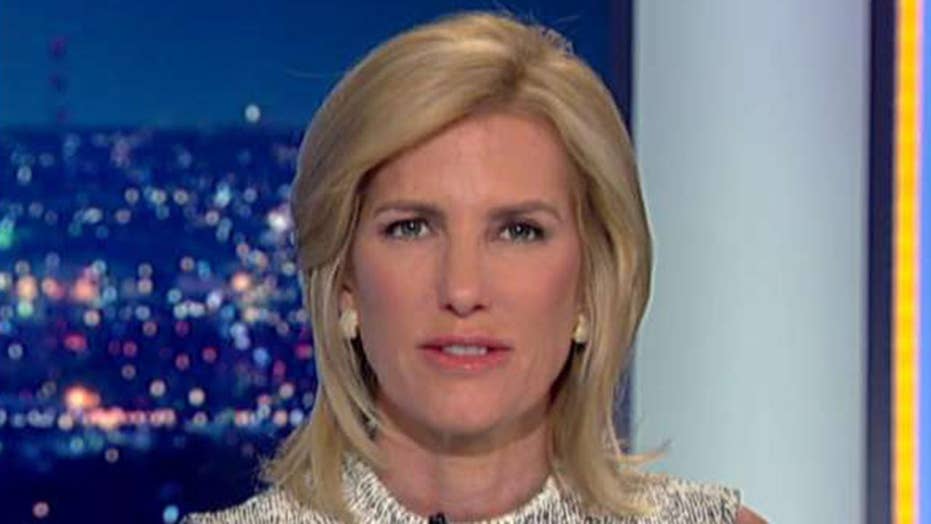 Losers acting like winners? Now, this is an interesting phenomenon.

Person A competes for something really big and then comes up short. In this hypothetical contest only, of course, one side wins, and Person A is on the losing side. And yet after suffering a defeat, Person A emerges more arrogant and more self-assured than ever before, proclaiming that had certain things just happened differently, he or she indeed would have won.

And in Person A, we see very little introspection, zero humility and frankly, zero logic. Perhaps most disturbing in this scenario is when Person A tries to use his or her loss as a selling point. Four people in particular who fit the mold in recent weeks come to mind.

First up, former Tallahassee, Fla. Mayor Andrew Gillum. Remember? He lost his bid to be governor of Florida. He couldn't beat Ron DeSantis but now he fancies himself as the great Trump slayer of Florida.

"We are going to commit ourselves to registering and engaging 1 million voters between now and 2020's presidential election," he told a crowd recently. "We can deny Donald Trump a second term. This is not the sexy work, I've got to admit. I'm sure it's probably more fun for some of those out there running for president. This is the hard work of democracy."

He could be running for president, you know. But he's decided to do the really hard stuff. I have a question: Why should Democrats listen to him on anything? He's a loser. Why should anyone listen to him?

Well, I'll tell you why  -- because he's a self-appointed spokesman for the loser grievance culture that we've developed here. And without a compliant media working hand-in-glove with these losers, elevating their message, there stature, the losers wouldn't feel so emboldened. And boy, do they.

Now consider arrogant loser No. 2: Stacey Abrams, who lost her race for governor to Brian Kemp in Georgia. Now remember though, she didn't lose -- they took it from her. "Citizens tried to exercise their constitutional rights and were still denied the ability to elect their leaders," she said at the time. "Under the watch of the now -former secretary of state, democracy failed Georgia. So let's be clear, this is not a speech of concession."

Okay, so she doesn't concede -- that's gracious. And she's never once been called out for her shameless, racial fear-mongering. She became a statewide official and may have a future at some point again in politics. But she acts like she owns the entire Democratic field for 2020.

And what am I talking about? She scoffs at the notion pushed by the nascent Biden campaign of being Uncle Joe's vice presidential running mate.

Enter the primary? Hello, you lost the governor's race. And may I add, you and your opponent made history, spending more than $100 million on a governor's race, and you still couldn't pull out a victory. I mean, it happens. But you think you call the shots?

There is this impulse to shower losers with accolades and importance when the losers are anti-Trump. If you're pro-Trump and you lose, you just have to get over it and get out of the way and accept the results.

Well, then there is our third loser, Beto O'Rourke. Now he's treated like the crown prince of Texas, despite suffering a significant defeat at the hands of Ted Cruz in the Texas Senate race. Remember, he had the whole landscape of the media behind him and spent all this money. But Beto has issues grasping reality.

"You have a president, who, in my opinion, beyond the shadow of a doubt, sought to however ham-handedly collude with the Russian government, a foreign power to undermine and influence our elections," he said to supporters.

Our last loser trying to claim victory is Jussie Smollett. Now he faked a hate crime, sent Chicago police department into weeks of investigation, took up oxygen in the national conversation, and he likely frightened minorities already concerned about the racial atmosphere in America. His actions and the follow-up were utterly despicable.

But Jussie's been taught to win by doing what? By playing the victim, of course -- which is what he did on Tuesday, when all charges against him were dropped.

"I've been truthful and consistent on every single level since day one," he said. "I would not be my mother's son if I was capable of one drop of what I have been accused of. This has been an incredibly difficult time."

His lawyer goes on to leave open the possibility that Jussie would try perhaps to collect money in a lawsuit against the Chicago PD. At some point, can lawyers be sanctioned for just saying something that's blatantly false on national television? And what does NAACP do to reward criminal and loser behavior? Well, they nominate Jussiefor NAACP award,of course.

Here's what's happening. There is this impulse to shower losers with accolades and importance when the losers are anti-Trump. If you're pro-Trump and you lose, you just have to get over it and get out of the way and accept the results.

Not so, on the other side. In Hollywood, if you're anti-Trump, the news media and print journalism will work overtime to rewrite your narrative for you. My friends, if you want to remake America from soup to nuts or rob some houses around Christmas time, well, you don't have time for recuperating or changing your technique.

Instead, what do you do? You double down on failure. You act like you won big, like you just hit the Lotto. And you blame your loss on someone else. Very, very mature. No other profession treats losers this way that I can think of but in politics. Reality is often suspended.

You don't deserve anything though, right? We were taught that you need to earn it. All those parents who brought their kids, way into college, thought their kids deserve to go to Yale or USC or Wake Forest or Stanford? It's just that the system was screwed up, so they decided to game the system. And ultimately the fraud was discovered. 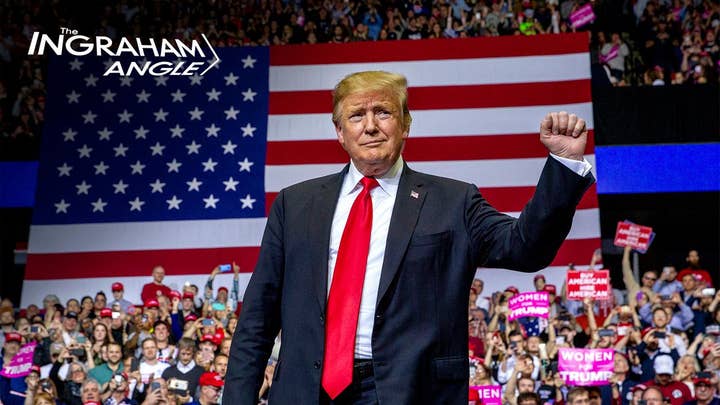 I think the American people are sharper than the left gives them credit for. I don't think they like all this radicalism nor the entitlement mentality that seems to be infecting all races, all ethnicities today. Folks want basic fairness. Basic standards of decency. Common sense, not fanatical efforts to deconstruct America and reconstruct her and what Teddy Roosevelt called the a "polyglot boarding house."

Being a loser doesn't mean, of course, you can't win again. No one is saying that. Ronald Reagan showed us that. He lost in 1976, came back in 1980,and the rest is history. But it also doesn't mean that you should expect the rest of us to bow down at your every word just because you say them with enough breathless indignation about how much you don't like Donald Trump.

Get up. Brush yourself off and try again. But you have to earn respect to win the votes. And you're only going to do that by making a persuasive argument not by haughtily assuming that victory is going to be yours just because you showed up and you lost the first time.

Adapted from Laura Ingraham's monologue from "The Ingraham Angle" on March 28, 2019.