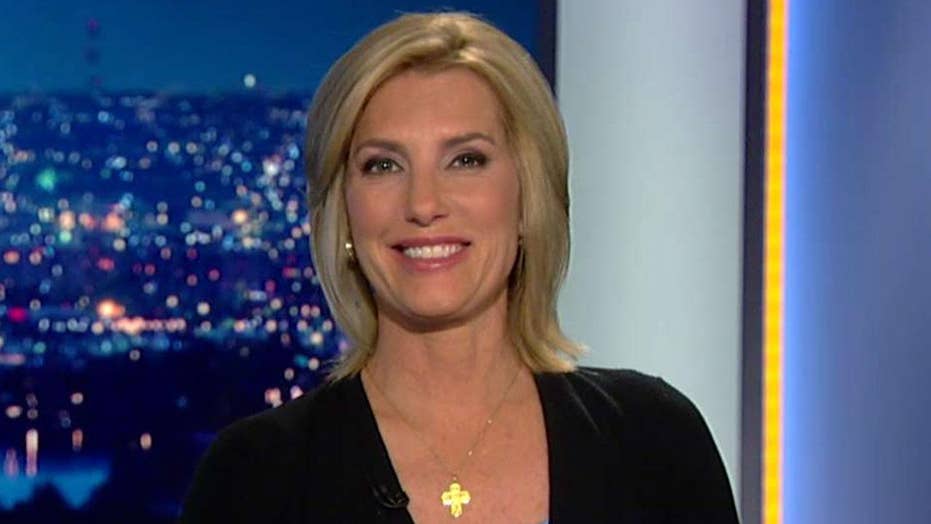 Ingraham: Snipes and swipes at the ballot box

We cannot allow the flouting of rules and procedures by corrupt officials or political hacks to stand.

The integrity of our elections is imperiled. We may be witnessing yet another in a series of stolen elections in Florida.  Democrats are experts at pulling swifties at the ballot box, you know, it is widely believed that they resorted to voter fraud in Illinois and Texas to tilt the election of John F. Kennedy over Nixon in 1960.  And they may be up to their old tricks again.

Ballot irregularities in Palm Beach and Broward County in Florida are front and center.  The president, of course, has been very vocal about what he believes is happening there.  Here’s just some of what he’s had to say:

Predictably, the media have rushed in to pooh-pooh any notion of voter fraud.

The New York Times on Tuesday wrote, “in Florida, no one has offered evidence of widespread election fraud...”

No one?  I love the weasel word “widespread.” Neat-o.

If one or two counties in Florida are engaged in voter fraud, it is widespread. It affects the entire state results and the results perhaps for the rest of the country.

Things are so bad in Palm Beach that Governor Rick Scott, who is in a tight Senate race there, sued the county election supervisor, Susan Bucher.

The judge determined that she had illegally withheld over voted and under voted ballots from the canvassing board.  And worse she has refused to allow public scrutiny of the ballots.

Scott has vowed to fight back against Democrats playing fast and loose with the voter's will.  He has said this:

“I will not sit idly by while unethical liberals try to steal this election from the great people of Florida.”

And the governor has also sued Broward County election supervisor -- something of, kind of her own rock star, these days, Brenda Snipes.  Now, Snipes is a piece of work.  Her predecessor literally walked out of her office in 2003 for a grave and neglect mismanagement and incompetence.  Practically a tradition down there in Broward.  And in May, a judge found Brenda Snipes guilty of illegally destroying ballots during a primary election in 2016.  Then in August, a court found her guilty of secretly opening mail-in ballots, which is illegal in her state.

Then on Friday, Governor Scott won his lawsuit against Snipes.  The court found that in this election, she continued to “discover” new ballots.  She was found in violation of the state's public records law and has been ordered to release information to Governor Scott.  So far, she hasn't complied with the order.

Here’s how she put it in a recent interview on CNN:

CHRIS CUOMO, CNN ANCHOR:  You refused to give the Scott campaign the information they wanted and had to go to court.  The judge said you had to turn it over.  You didn't turn it over by the deadline that was given.

That is cast as a partisan's spat, that you are doing that because you're a Democrat.  How do you respond to that?

BRENDA SNIPES, ELECTION COMMISSIONER:  Well, I was talking with a woman today as she came into our office and she made some statement about a partisan's statement, and she said, “I know you are a Republican.  I said I have been a Democrat all my life.” In this position, I have been very focused on Party, because I want to treat all of the voters in Broward County the same.  … We don't select who we give out information to. We give information to those persons who have requested it.  And I believe the public records request is in a timely manner.  And we attempt to do that.”

And -- wait a second.  Did she actually hear the question?

This woman is unbelievable. The "Miami Herald" reports that an election worker found bags of uncounted early ballots in the Broward County elections office.  Snipes also mingled rejected provisional ballots with the accepted ones and then she proceeded to count them all in the official vote tally. Neato.

Now a recount is underway where the counters must discern the intent of the voters if there is a mark on the ballot here or there.

My friends, this is a complete travesty that cannot be permitted to change the outcome of this election.

And it’s sadly is not restricted to the Sunshine State.  There’s Georgia, too.

So what is next?  I think as the Kavanaugh fight demonstrated, the Republicans must stand united to expose the maleficence and fraud of the left.  Because when we do, we usually win.

We cannot allow this flouting of the rules and procedures by corrupt officials or political hacks. We can’t let it stand.  If we allow this to go unchecked, it will undermine our democracy, and like a contagion, it's going to spread across the nation.  Eighteen years?  Can you believe it, since Bush v. Gore?  It's absolutely unforgivable that we are still dealing with these type of issues.

It is time for the Department of Justice to step in and do a top to bottom investigation regarding why these issues still persist.

And if necessary, people are going to have to go to jail.  There has to be repercussions for willful fraudulent defiance of electoral laws.

If this isn't cleaned up, I'm telling you, the GOP can kiss any hopes of restoring their majority, let alone a presidential victory, well, they can kiss it bye-bye in 2020.