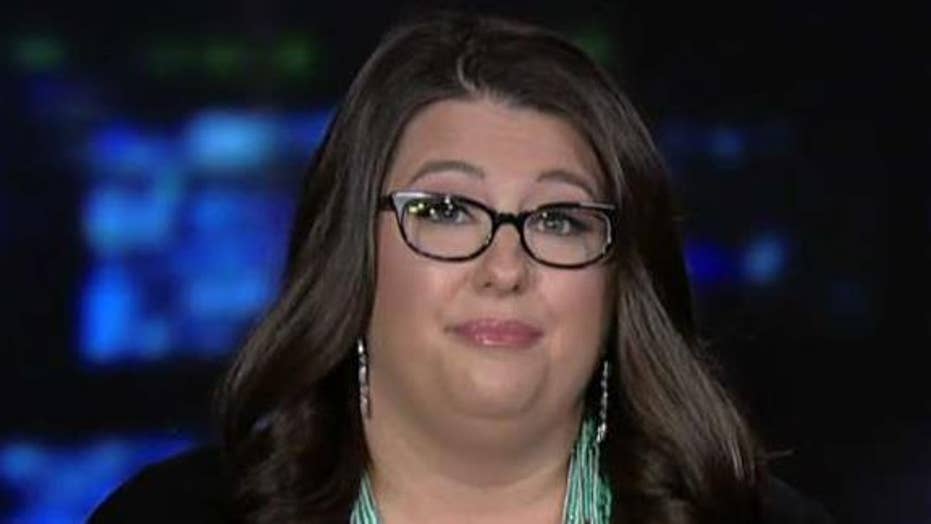 During this presidential primary season, “Medicare-for-all” is the euphemism that hides a radical policy agenda playing political cleanup for the negative impacts of ObamaCare.

In the most recent debate, candidates tried to out promise each other with their spin on government-run health care.  By a show of hands, almost all of the Democratic candidates embraced some form government-run health care, which would destroy the private insurance market that serves more than 67 percent of Americans. In January, Sen. Kamala Harris said, “Let’s eliminate all of that. Let’s move on.”

I'm a mom, two of my four children have a lifetime medical condition. I’ve watched how children like mine suffer in other countries with similar government-run health care schemes. And it terrifies me.

My children have cystic fibrosis, a hereditary life-shortening condition that impacts the lungs and digestive system. The disease makes it hard to process enough calories to survive and leads to life-threatening breathing issues. In the U.K. right now, the government-run National Health Service has delayed access to a drug my son has been on for more than two years. The drug, Orkambi, is one of the first of its kind, correcting the underlying cause of CF, not just treating the symptoms. Yet this spring, a 600 years' supply of the drug expired on shelves in Britain.

Why? Because the NHS refuses to negotiate in good faith with the manufacturer, Vertex, over the price it wants to charge. That means people with CF will continue to die waiting for a drug they know can help them.

A government-run system in which bureaucrats decide how much they will pay – if anything – and what should be covered will result in extreme health care shortages as doctors and services go away when what the government decides it will pay won’t cover actual costs.

Currently people with private insurance pay a little more than those on Medicare, allowing hospitals and doctors to stay afloat. Without private insurance, hospitals would lose $151 billion in annual revenue. No magic words from a president – “Presto, you’re covered!” – will keep the doors of a business open when costs exceed revenue.

And consider that increased wait times are a cause of death under government-run schemes. A Fraser Institute study titled "The Effect of Wait Times on Mortality" found that, between 1993 and 2009, up to 63,090 women died waiting for treatment in Canada. Considering that the population of the U.S. is about nine times greater than Canada, the death toll here would be greater.

With so many Democrats joining Sanders' “Medicare-for-all” bill, the coming breakdown in care is a clear and present danger for the ill, the elderly and the preborn.

A look at the government-run Veterans Administration further illustrates the problem. As USA Today reported “death rates, bed sores, ER wait times” are a problem at many facilities.

With so many Democrats joining Sen. Bernie Sanders' “Medicare-for-all” bill in full or in part, the coming breakdown in care is a clear and present danger for the ill and elderly and, in the current plans, the preborn.

The Democratic presidential field has been in lockstep on their health care machinations including full taxpayer funding of abortion.  When she was still in the race, Sen. Kirsten Gillibrand said, “I don’t think there is room in our party for a Democratic candidate who does not support women’s full reproductive freedom.” That’s election code word for abortion in all nine months, for whatever reason and taxpayer funded.

Though polls show Americans do not agree with such extremism, that hasn't stopped Democratic candidates from going all in for Planned Parenthood and abortion.

While money is no object in the current debate, it will be. The government accountants were astoundingly wrong in their assessments of the price tag for ObamaCare, which  pushed many to go without care or to spend exorbitant amounts. After ObamaCare was passed, its “architect,” Jonathan Gruber, mocked “the stupidity of the American voter” for not perceiving how the law hid its true costs.

That kind of spending will lead to price controls as politicians and government bean counters take charge of medical decision making. It’s the kind of radical change that “Rules for Radicals” author Saul Alinsky could like. The mentor to the Clintons and Obamas advocated the tactic of pushing a substandard policy forward that would later be countered with what activists really want. “The price of a successful attack is a constructive alternative,” he famously advised.

Isn’t happening now? ObamaCare was forced on Americans with full knowledge that a quasi-public and quasi-private system would not to work. Now, to fix what their party broke, Democrats are advocating for complete or near complete government control of health care.

A rational mind can look at the problems and call for innovation and compassion, but “Medicare-for-all” really means health care for some and rising costs for all. The most vulnerable will be sacrificed in the name of cost-cutting and in service to an agenda that devalues the vulnerable.