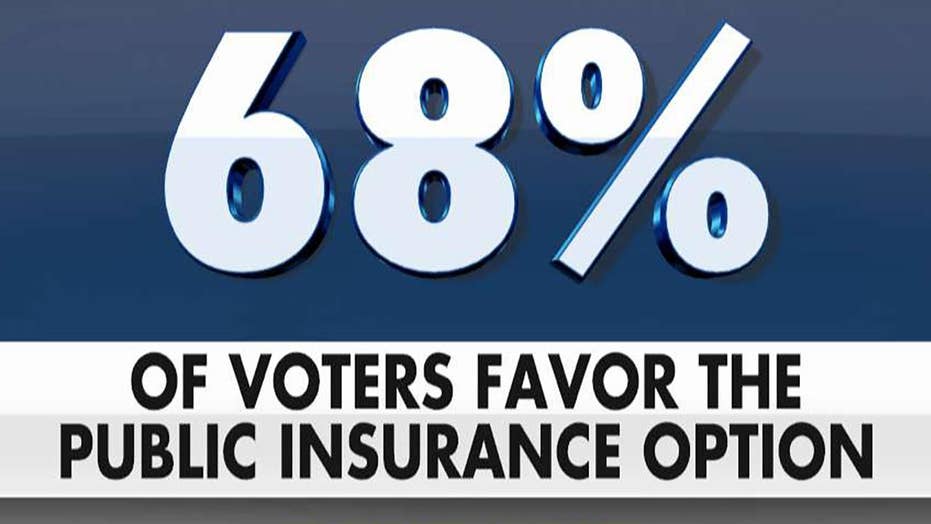 On Sept. 10, the Census Bureau announced that the share of Americans without health insurance increased for the first time since 2010, the year the Affordable Care Act became law.

But a look at the actual data indicates that ObamaCare itself is driving people into the ranks of the uninsured. Sky-high premiums on the exchanges have priced millions of middle-class families out of the insurance market.

Up until recently, ObamaCare's expansion of Medicaid had masked the thinning of the exchange pool. Medicaid enrollment swelled by more than 7.5 million between 2013, the year before expansion of the program went into effect, and 2017. So the exit of millions of middle-class families from the exchanges didn't show up in the total uninsured numbers.

But it was happening nonetheless.

ObamaCare promised to make insurance more affordable by subsidizing premiums, and in some cases out-of-pocket costs, for families with incomes below 400 percent of the poverty line.

At the same time, it piled on benefit mandates and rate regulations that caused premiums to spiral upward. From 2013 to 2017, average individual-market premiums more than doubled. They shot up another 27 percent in 2018.

For those eligible for subsidies, these increases didn't matter that much. Taxpayers took care of them. Those with incomes above 400 percent of poverty bore the full brunt of these premiums hikes.

After 2015, the number of people buying insurance on the individual market who weren't eligible for subsidies plateaued. In 2016, 10 states saw significant enrollment drops: 18 percent in Alaska, 14 percent in Minnesota. In 2017, 44 states saw sharp declines in this market; 43 had declines again last year.

Overall, 1.3 million people dropped out of the unsubsidized individual market in 2017. Last year, another 1.2 dropped out. That's a 40 percent decline in just two years.

Another half million people who only get partial subsidies because their incomes are close to 400 percent of the poverty level left the individual market in 2018.

In other words, 1.7 million of the 1.9 million who lost insurance in 2018 came from people priced out of insurance by ObamaCare itself.

It is true that this year, average exchange premiums nationwide declined for the first time. But that average obscures the fact that several states continued to see huge jumps. In Washington, they climbed almost 14 percent. They were up 13 percent in Washington, D.C., 12.5 percent in Kentucky, and almost 9 percent in New York.

Premiums for next year are likely to follow a similar pattern. Average premiums will likely be nearly flat. But D.C. residents can expect another 9 percent increase. Premiums in Louisiana will be up almost 12 percent, and in Vermont, 11 percent. New Yorkers will face another 7 percent hike. In Louisiana, that 12 percent increase means unsubsidized families will have to cough up nearly an additional $900 in premiums.

Contrary to the talking points trotted out by ObamaCare's defenders, average premiums declined in part because of waivers the Trump administration granted to several states, which let them use ObamaCare subsidy money more effectively. A study by the Heritage Foundation found that the median premium in six of these waiver states fell almost 11 percent this year. The median premium increased in the non-waiver states by more than 3 percent.

Five more states have put in for these waivers for next year, with the expectation that it will drive premiums down between 6 percent and 20 percent.