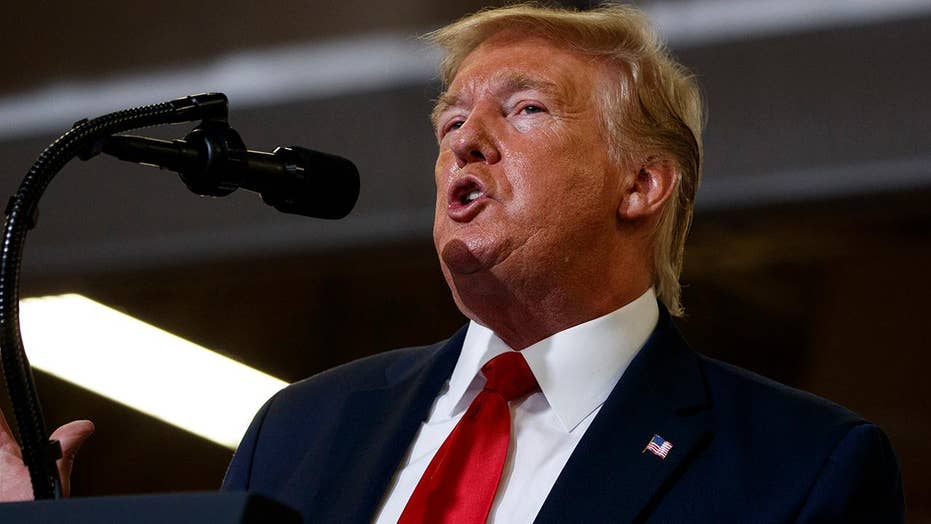 A new Trump administration move to drastically cut refugee admissions to the U.S. in the next 12 months to no more than 18,000 undermines the security and prosperity of American workers and their families.

And a second administration move also announced last week – to permit cities and states to refuse to take in refugees for resettlement – tears at the very fabric of our nation of immigrants.

These latest actions by President Trump to slash legal immigration are making America weaker, not greater.

For historical context, the new refugee admissions cap “is by far the lowest in the history of the U.S. refugee resettlement program,” which began in 1980, as the Migration Policy Institute notes.

It’s important to note that the cap on refugee resettlement is a maximum. In 2018, actual resettlement numbers were less than half that fiscal year’s ceiling of 45,000.

While the Trump administration is required to consult Congress before imposing the new lower limit on refugee admissions, it is unlikely to result in an increase in the number of refugees beyond the 18,000 sought by the president.

At the same time as the administration announced plans to cut admissions of refugees, Trump issued his executive order that allows states and municipalities to not accept any refugees being resettled.

While President Trump frequently characterizes large numbers of immigrants as dangerous criminals, it’s important to note that refugees are the most heavily vetted of all people who arrive in the U.S.

The result: communities and states led by elected officials with ulterior motives will lose one of their few sources of much-needed population growth. And what little refugee resettlement remains will be slowed down by additional layers of consent from state and local authorities for each refugee waiting to be resettled.

This harms us as a country, for multiple reasons.

The cap alone undermines our security, as top military officials past and present have argued. A year ago, then-Secretary of Defense James Mattis wrote a memo in which he argued against scaling back refugee admissions from the cap then set at 45,000.

Mattis said that Iraqis who “have risked their own lives and their families’ lives” by helping the U.S. in wartime should be able to gain admission to the U.S. as refugees.

What will happen next time America needs citizens of another country to help us in wartime? If they know they will be denied admission to the U.S. even if facing threats of death as a result of working with our armed forces, why will they help us?

Just weeks ago, Ryan Crocker, a former U.S. ambassador to half a dozen countries in the Middle East and Asia, talked about the importance of U.S. leadership regarding refugees.

“How we lead, the example we set, is extremely important globally,” Crocker said. “If we are seen as stepping up to the challenge, others are likely to do the same. If we don’t, an already desperate humanitarian crisis will get worse.”

But that’s not all it’s about.

The lower limit on refugee admissions, combined with the executive order, puts American workers and their families at risk in places where refugees are a workforce and economic boon.

As CityLab reported in January, refugees have helped save Rust Belt cities and others from population loss, or at least have lessened the blow. These are cities such as Clarkston, Ga.; Lancaster, Pa.; and Southfield, Mich.

“Not only do [refugees] fill jobs in a tight labor market, they are some of the most dedicated and motivated workers in the U.S. workforce,” says Gideon Maltz, executive director of the Tent Partnership for Refugees, an organization that works with businesses to support refugees.

“Fundamentally, refugees return more to the economy than they take – and the United States stands to lose greatly by continuing to cut their numbers,” Maltz added.

Idaho is a great example of how refugees help conservative America thrive. The state is home to the third-largest dairy industry in the country. And Idaho’s unemployment rate is only 2.9 percent, which is practically full employment.

The dwindling number of refugees resettled in Idaho since the 2016 election already had the dairy industry worried. The administration’s desire to further slash refugee resettlement will send shockwaves through an Idaho industry already buffeted by the trade war.

While President Trump frequently characterizes large numbers of immigrants as dangerous criminals, it’s important to note that refugees are the most heavily vetted of all people who arrive in the U.S. The process already takes years.

We know what’s going to come next: In some of the same towns where refugees have contributed the most, certain politicians may choose to deny the infusion of population, fresh ideas and belief in the American Dream. They will be following the lead of President Trump, who is clearly ready to sacrifice America’s future in pursuit of a political agenda to close us off from the world.

There’s no sugarcoating it: Our country is hurtling down a shameful path – one in which we undermine our security, our economy, and our own moral leadership in the world.