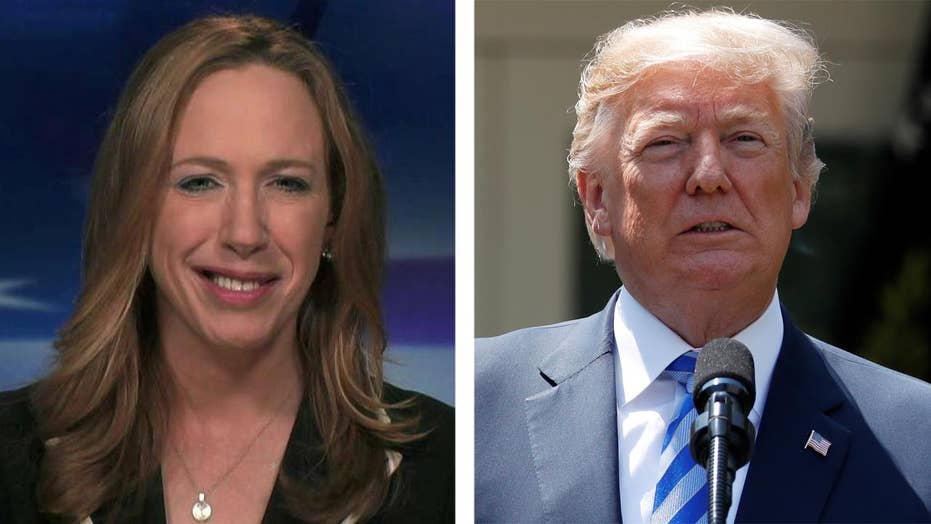 Strassel: Did FBI outright spy on the 2016 Trump campaign?

On 'Hannity,' Kimberley Strassel expands on her Wall Street Journal piece that asks if the FBI placed a mole within Trump's 2016 campaign.

To hear the Federal Bureau of Investigation tell it, its decision to launch a counterintelligence probe into a major-party presidential campaign comes down to a foreign tip about a 28-year-old fourth-tier Trump adviser, George Papadopoulos.

The FBI’s media scribes have dutifully reported the bare facts of that “intel.” We are told the infamous tip came from Alexander Downer, at the time the Australian ambassador to the U.K. Mr. Downer invited Mr. Papadopoulos for a drink in early May 2016, where the aide told the ambassador the Russians had dirt on Hillary Clinton. Word of this encounter at some point reached the FBI, inspiring it to launch its counterintelligence investigation into the Trump campaign on July 31.

For months we’ve been told the FBI acted because it was alarmed that Mr. Papadopoulos knew about those hacked Democratic emails in May, before they became public in June. But according to the tipster himself, Mr. Papadopoulos said nothing about emails.

Notably (nay, suspiciously) absent or muddled are the details of how and when that information made its way to the FBI, and what exactly was transmitted. A December 2017 New York Times story vaguely explains that the Australians passed the info to “American counterparts” about “two months later,” and that once it “reached the FBI,” the bureau acted. Even the Times admits it’s “not clear” why it took the Aussies so long to flip such a supposedly smoking tip. The story meanwhile slyly leads readers to believe that Mr. Papadopoulos told Mr. Downer that Moscow had “thousands of emails,” but read it closely and the Times in fact never specifies what the Trump aide said, beyond “dirt.”

When Mr. Downer ended his service in the U.K. this April, he sat for an interview with the Australian, a national newspaper, and “spoke for the first time” about the Papadopoulos event. Mr. Downer said he officially reported the Papadopoulos meeting back to Australia “the following day or a day or two after,” as it “seemed quite interesting.” The story nonchalantly notes that “after a period of time, Australia’s ambassador to the US, Joe Hockey, passed the information on to Washington.”