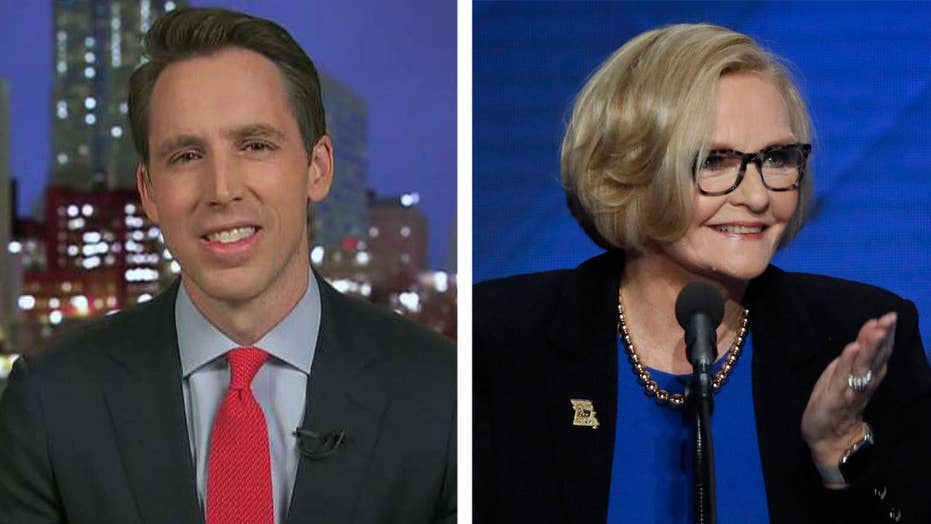 Republicans are hoping to flip the Missouri Senate seat. Missouri attorney general and Republican candidate for senator Josh Hawley joins 'The Story' to discuss his platform.

If you’ve tuned in to this year’s midterms, chances are you know about that hot Senate race in Missouri: McCaskill vs. Humphreys. Oh, wait.

Democrat Claire McCaskill is indeed facing a tough re-election, trying for a third term. She’s had a particularly rough week, after the Kansas City Star reported that businesses tied to her husband had been awarded $131 million in federal contracts since she took office in 2007. Her putative opponent is the constitutional conservative Josh Hawley, the current attorney general and the strong favorite to win the GOP primary on Aug. 7.

Team McCaskill is already employing the Democratic Party’s go-to tactic this midterm: character assassination. There’s not much else. The economy is humming, the party’s centrist and liberal wings are fighting, and the drumbeat of impending Trump doom isn’t finding much accompaniment. So in Missouri as elsewhere, candidates are reverting to personal attacks. But the McCaskill forces are piling on a guy who isn’t even running.

Indeed, they are attacking a private citizen and donor, David Humphreys. Back in March, Chuck Schumer’s Senate Majority PAC began plowing millions into attacks on the businessman, who donated to Mr. Hawley’s campaign for attorney general. The pattern is the same: An ad makes a malicious accusation against Mr. Humphreys, then sidles over to tar Mr. Hawley with guilt by association. Just how invested are they in this strategy? Since airing their first spot, 70% of Democratic ads—amounting to $4.7 million—have been focused on Mr. Humphreys.