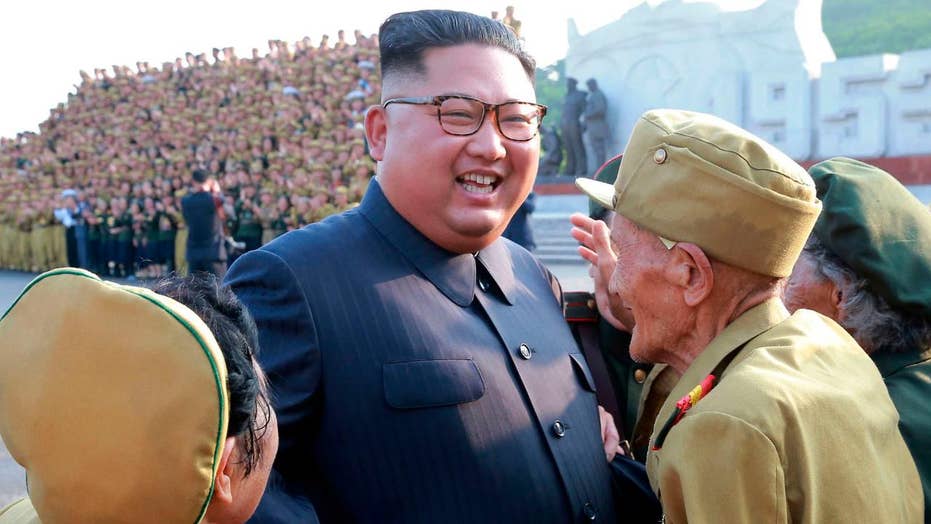 The top story in The Washington Post Tuesday began with this sentence: “U.S. spy agencies are seeing signs that North Korea is constructing new missiles at a factory that produced the country’s first intercontinental ballistic missiles capable of reaching the United States, according to officials familiar with the intelligence.”

Shocked? You shouldn’t be.

In the 1942 classic film “Casablanca,” Captain Renault – who was quite aware that nightclub owner Rick Blaine was operating a casino – says in in mock surprise: “I'm shocked, shocked to find that gambling is going on in here!”

This should be our sarcastic response to news reports that North Korean dictator Kim Jong Un is continuing both his missile and nuclear programs, despite agreeing at a summit with President Trump in June in Singapore to “work toward” the “denuclearization” of the Korean Peninsula. There were no specific actions attached to that vague pledge.

You don’t need a Ph.D. in foreign relations to figure out North Korea’s long-term strategy or intentions. In fact, despite Kim’s smiles and handshakes when he met with President Trump, the North Koreans love to tell us what they are going to do before they do it.

Unfortunately, American presidents, members of Congress and top policymakers – both Democrats and Republicans – haven’t been listening most of the time, going back to the end of the Korean War in 1953.

So I wasn’t shocked at all at the story in The Washington Post. Kim told us what he was going to do in his New Year’s Address on Jan. 1.

Kim, wearing an ill-fitting gangster-style suit, declared: “The nuclear weapons research sector and the rocket industry should mass-produce nuclear warheads and ballistic missiles, the power and reliability of which have already been proved to the full, to give a spur to the efforts for deploying them for action.”

The dictator added: “And we should always be ready for immediate nuclear counterattack to cope with the enemy's maneuvers for a nuclear war.”

While I don’t want to sound like an apologist for the brutal and murderous Kim regime, the facts are clear: Kim never agreed to any sort of missile or nuclear production freeze before, during or after his summit with President Trump.

Kim did declare that he would not test ICBMs or nuclear weapons – all positive steps. However, that still leaves his regime space to continue testing, refining and building more advanced missiles and nuclear bombs. This is what nuclear powers do – so we should not be shocked. Concerned, yes. Shocked, no.

The question now that the Trump administration needs to wrestle with is simple. What should be the U.S. response?

Some on Team Trump – likely including the president himself – will to want to immediately react in some way to respond to The Washington Post story. But that would be the wrong approach. This is not the time for snap reactions or Twitter attacks.

I’m sure that the president and many in the administration are not keen to see report after report showing how North Korea’s nuclear weapons and missile programs are getting stronger, despite the Trump-Kim summit.

Both President Trump and his predecessors have tried mightily to convince the North Koreans that nuclear weapons and missiles actually undermine – not enhance – their security. But Kim clearly sees his nukes as the ultimate insurance policy against a U.S. invasion that could topple his regime and result in his death.

The Trump administration should continue, as I have said  on several occasions, to press the Kim regime on its intentions, to see if it is serious about giving up its nuclear weapons and missiles.

Kim Jong Un – like his father and grandfather who ruled before him – has consistently demanded a peace treaty or declaration that formally ends the Korean War, which halted in 1953 with an armistice. If the Trump administration is looking for a freeze on the North’s nuclear weapons and missile production, there may be a deal to be had.

Here’s a realistic offer Kim might actually accept: President Trump and U.S. allies should offer to sign a declaration of peace ending the Korean War in exchange for Kim agreeing to permanently freeze North Korea’s missile and nuclear programs. And this would, of course, have to be verified by international inspectors on the ground. An international inspection team would need to be permanently stationed in the North.

Such a move, which would see both sides make some tough concessions, should answer the question of whether Pyongyang is serious about doing anything to slow its growing nuclear capability. If the North will not even agree to this, then we have a pretty good idea that there is nothing we can do to get Kim to give up his weapons.

However, if North Korea does agree – and suitable language can be crafted on a peace declaration and a commitment on a nuclear and missile freeze – there is the possibility that we could see some real progress happen.

Building on a peace declaration, North and South Korea could work with the U.S. on non-nuclear arms control agreements. For example, why not some sort of cut of forces along the Demilitarized Zone (DMZ) that both sides would inspect, which would be a good way to build trust?

The size of the cut could be small – say North Korea agrees to remove 500 artillery pieces from the DMZ, with South Korea making an equal cut in capabilities of artillery tubes. This could go on for several rounds over several months or years.

Momentum, if all this happens – which I will admit, is a long-shot – could keep building. North Korea would need to then declare the size of its nuclear and missile programs. If it does that, negotiations can begin on a timeline and terms for the North to eventually give up these weapons.

I would even offer to Kim a second summit if a deal that both sides can live with on denuclearization could be signed by the U.S. and North Korean leaders.

Unfortunately for the entire planet, there is one thing you can count on: North Korean leaders have never kept their word on any of their nuclear promises going back decades. Kim Jong Un is a proven liar.

The most likely scenario would be that Kim promises to stop nuclear weapons production, pockets the peace declaration, and then strings Team Trump along for months or years.

We need to be mindful of this and be on the lookout for a North Korean trap. And if the Kim regime does revert to its old ways, the Trump administration will quickly need to craft a new strategy – and all the options are quite bad.