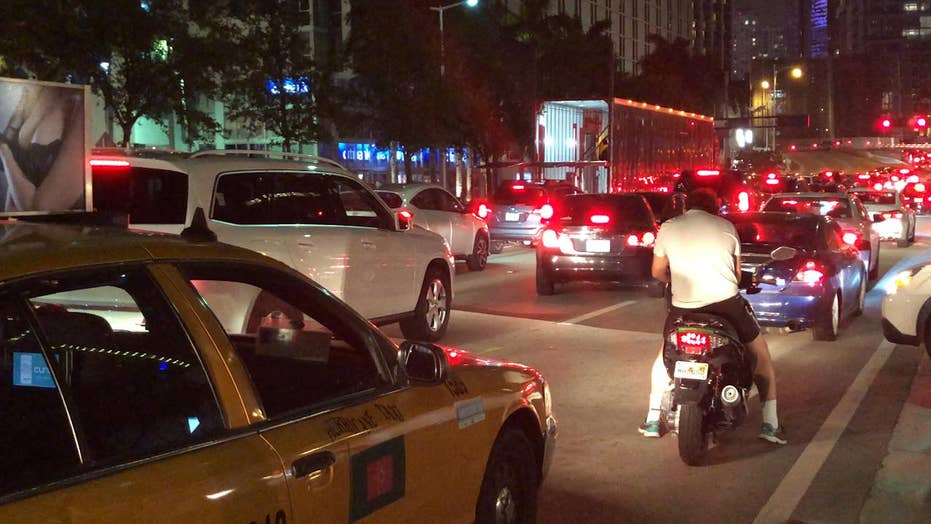 Florida's legislature passed the bill and awaits the governor's signature.

Consider, for instance, this incident from last month: Joaquin Garcia, founder and pastor of Mexico’s largest megachurch, was arrested in the United States on charges of sex trafficking, child rape and child pornography. His church has over one million members in 50 countries – but a year-long police investigation found that Garcia was coercing girls as young as 16 into sex.

The profiles of sex traffickers are diverse. A two-year-long investigation in Florida resulted in the arrest last month of a firefighter and registered nurse, a restaurant owner, and others.

Sex traffickers are often in positions of authority and have gained the trust of their communities. In January, a California soccer coach and father was charged with trafficking after a teenage girl called police on Christmas, saying she was being forced into sex against her will.

In May, a former Washington high school football coach was indicted for sex trafficking and child pornography, and a former Florida teacher was sentenced to prison for child sex trafficking after purchasing sex with a 14-year-old girl.

Traffickers usually don’t kidnap their victims or physically trap them. Often, the entrapment is psychological. They coerce victims – who can be male or female – into prostitution by promising food, shelter or clothing.

Many traffickers befriend vulnerable-looking teens in public spaces like malls. They become their "boyfriends," lavishing them with gifts before manipulating them into having sex with other men. By law, anyone under the age of 18 who has sex in exchange for something of commercial value is considered a victim of sex trafficking. This was the case with three Memphis teens whose mother said they were lured by clothes, shoes and money.

Traffickers are not just men; in fact, a large number of traffickers are women. Last month, a woman was charged with selling an 11-year-old for sex on the Vegas strip. In January, a female Texas junior high teacher was arrested for trying to sell an underage girl for sex. A 33-year-old woman was arrested in February for trafficking a mentally handicapped teen, including driving the 12-year-old to hotels to have sex with men for money.

We have to come together, community by community and city by city, to set a zero-tolerance standard for this kind of behavior among our neighbors and leaders alike.

They can even be celebrities. In April, "Smallville" actress Allison Mack pled guilty for her role in a sex trafficking case, admitted to recruiting women to a mentorship group, where they ended up being forced or coerced into sex.

Traffickers can also be parents. In February, an 8-year-old girl testified that her father had sold her for sex in exchange for drugs. In a criminal complaint retrieved by the Albuquerque Journal, “I keep saying I don’t want to, but he ... forces me to.” Many times, these traffickers are not outed until years later. Children often only come out with their stories as adults. A Louisiana woman recently came out with her story of being sold for sex by her father at age 4. An Indianapolis man only began sharing his story when he became a father of three; he described being trafficked out of hotel rooms at the Indianapolis 500 before he was even a teenager.

Sex trafficking can happen in any neighborhood, even the "safest" ones. It doesn’t discriminate. All of our children are at risk.

Rescuing victims like these begins with awareness. Those who spend a lot of time with children – like parents, teachers, coaches, mentors and doctors – are also in a position to identify signs of abuse or manipulation, including a change in a child’s behavior, a much older boyfriend, expensive new gifts, branding tattoos or other indications of trafficking.

Ultimately, however, the diverse profiles of traffickers make identifying them before they commit a crime difficult. Instead, ending trafficking has to start with ending demand. One way to combat demand is through the "Trafficking Free Zone" program, which educates community members, police and other professionals in how to identify trafficking and implements numerous demand reduction techniques, including technology and research components.

Sex trafficking can happen in any neighborhood, even the "safest" ones. It doesn’t discriminate. All of our children are at risk. And there’s no specific trafficker profile. It can be your child’s teacher, your boss, a local pastor, a nurse, and so on.

We have to come together, community by community and city by city, to set a zero-tolerance standard for this kind of behavior among our neighbors and leaders alike. Until we do so, there will continue to be a supply of trafficking victims for those demanding them.

Kevin Malone is the president and co-founder of the U.S. Institute Against Human Trafficking, a nonprofit, faith-based organization committed to ending human trafficking in America. He is also the former executive vice president and general manager of the Los Angeles Dodgers.