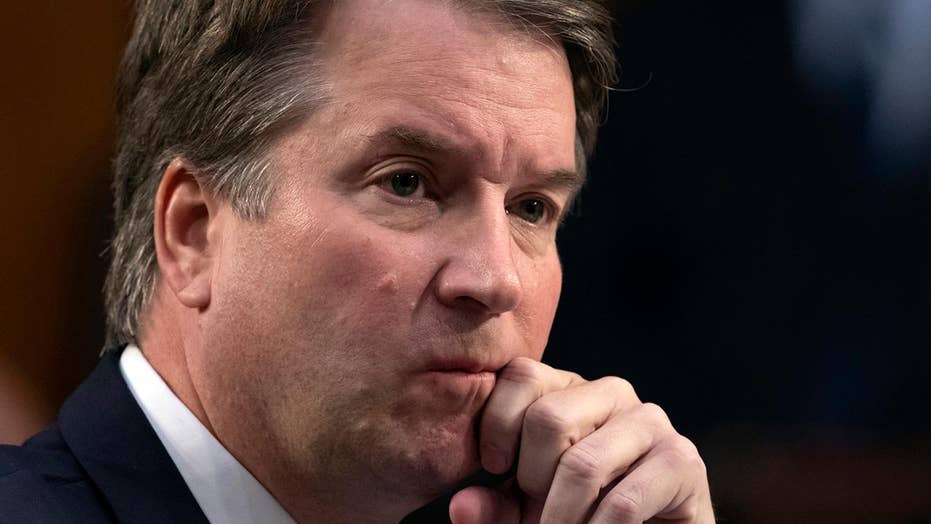 During Judge Brett Kavanaugh's confirmation hearing earlier this month, Senate Democrats seemed content just scoring points with their base by quizzing the Supreme Court nominee about President Trump, abortion, dark money, racial issues and the like. Now, in the wake of Christine Ford's sexual assault allegation against Kavanaugh, Democrats appear to be shifting to a new strategy aimed at delaying the final confirmation vote until after the November 6 election and actually defeating the nominee.

Playing to the base while implicitly acknowledging that Judge Kavanaugh's confirmation was unlikely to be slowed or stopped was a safe strategy. The same cannot be said of the new Democratic strategy that is emerging. It is politically risky while offering little upside.

The most immediate risk to Democrats comes from raising the hopes of their base by yelling "gotcha" while armed only with an accuser who waited more than three decades to come forward, can't recall many pertinent facts, and recently signed a letter denouncing President Trump. Even if Ford can satisfactorily address the resulting doubts, Democrats can do nothing to stop Kavanaugh without the cooperation of Senate Republicans, who, among other concerns, may be wary about making the examination of a nominee's teenage years a precedent.

That's not to say that Democrats have no chance of using Ford's allegation to defeat Judge Kavanaugh. But the odds of falling flat on their face are greater.

Nonetheless, failing to deliver might be a risk worth taking for Senate Democrats if they had a reasonable chance of preventing what they say they most fear – the replacement of Justice Anthony Kennedy with a solid conservative. Headlines suggest that if Democrats can delay confirmation then win control of the Senate on November 6, that goal could be realized. However, a close analysis of the ways in which the new Democratic strategy could play out says otherwise. Consider the possibilities:

1.    Democrats' quickly win the fight and Kavanaugh's nomination is withdrawn

Under this scenario, Judge Kavanaugh's nomination would be withdrawn before the month is out. President Trump would respond by quickly picking another nominee from the already vetted short list he compiled in July. No one on that list is more ideologically acceptable to Democrats than Kavanaugh, so they would have no reason to cheer the switch.

Even if Democrats overcome the odds and retake the Senate, the outgoing GOP majority would still have three months to confirm the new nominee. Senators wouldn't even have to cut their pre-election recess short to get the job done.

2.    Democrats delay the confirmation vote beyond the election but Kavanaugh is ultimately confirmed

This is the worst case scenario for Democrats. They gain nothing Supreme Court-wise but their prolonged obstruction of Judge Kavanaugh keeps the one issue that thoroughly unifies Republicans on the front burner, while giving GOP voters a reason to be as angry as Democratic voters and an easily articulable reason to head to the polls: Don't let Democrats steal this Supreme Court seat.

Democrats gain nothing electorally because their voters are already angry and energized. Meanwhile, red state Democratic Senators facing election have to walk a tightrope between the demands of their base and their state's support for Kavanaugh up through Election Day.

3.    Democrats delay the vote beyond the election and Kavanaugh is defeated

This would be a great option for Democrats if it were possible. By the time Judge Kavanaugh were defeated, there would not be time for a lengthy confirmation process for the new nominee.

Senate Republicans might expedite the process and Democrats couldn't stop them. However, it will not come to that because the White House won't let Senate Democrats run the clock out. If Kavanaugh's confirmation is in serious doubt, the president won't wait for a vote to pull the plug.

4.    Democrats fail to substantially delay the vote or defeat Kavanaugh

Under this scenario, Democrats won't be able to claim even a temporary victory. The best they could hope for is to "extract[] a pound of flesh" from Kavanaugh and "forever brand him as illegitimate," as John Fund suggests.

A pound of flesh might provide some satisfaction for Democrats but it would do nothing to prevent the conservative shift in the Court that supposedly animates their opposition to Kavanaugh.

Consider that Democrats and their allies have spent the last year complaining that Justice Neil Gorsuch is illegitimate because his seat should have been filled by Judge Merrick Garland. Likewise, they’ve been telling us for nearly three decades that Justice Clarence Thomas really is a sexual harasser.

At best, those pounds of flesh have accomplished nothing. Justice Thomas is the most solidly conservative voice on the Court and Gorsuch has, so far, followed closely in his footsteps. At worst, what Thomas went through before being confirmed is part of the reason he is the justice with the least inclination to appease the left.

Senate Democrats should reflect on the lesson of Justice Thomas's confirmation. It is just one reason why their new Anita Hill strategy is a foolish choice.