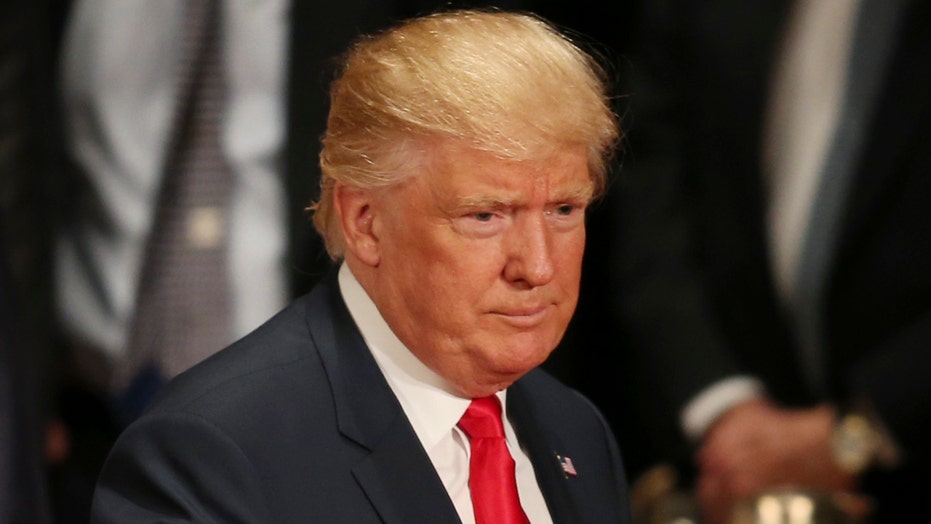 Trump on attacks: I knew this was going to happen

Every week, Fox News contributor Karl Rove wraps up the last week in politics and offers an inside look at the week ahead.

What does this mean politically? When terrorism intrudes more heavily into the campaign, it tends to help Donald Trump, who calls the threat by its name and promises tough action.  Even before police confirmed that it was a bomb in New York and not an accident, Trump declared it was a bomb.  He later tweeted, “Under the leadership of Obama & Clinton, Americans have experienced more attacks at home than victories abroad. Time to change the playbook! ... Saturday's attacks show that failed Obama/Hillary Clinton polices [sic] won't keep us safe!”

Hillary Clinton may now be recognizing the political impact of terrorism on the campaign since she, too, issued a tough statement saying, “I strongly condemn the apparent terrorist attacks” and pledging “we will not rest” until “we bring those responsible to justice.”  She called for the defeat of “ISIS and other terrorist groups” and referred to her “comprehensive plan” to do that, reminding Americans they “have faced threats before, and our resilience in the face of them only makes us stronger.”

But Clinton later made a mistake by disputing Trump’s claim that terror attacks in the U.S. are on a rise.  Ordinary Americans are right to think the country is more at risk for Islamic-inspired and often directed attacks.  This is another reason that when the issue is terrorism, many swing voters are inclined to think the answer is Trump.

After a Few Good Weeks, Trump Falls Off The Wagon:  When the Washington Post’s Bob Costa asked Trump Wednesday if he thought President Obama was born in the United States, Trump answered, “I’ll answer that question at the right time.  I just don’t want to answer it yet.”  He also waved off a statement by his campaign manager, Kellyanne Conway, that Trump now accepts that Obama was U.S. born, saying, “She’s allowed to speak what she thinks.”   Trump’s re-involvement in the birther movement put him squarely in the fever swamps, taking the short end of an issue where 80 percent of the American people think he’s wrong.

Trump tried to close Friday by saying “President Obama was born in the United States, period.”  But he and his campaign then claimed the birther issue was first raised by Hillary Clinton’s 2008 campaign with Conway pointing to a statement by Clinton’s former manager that a volunteer in Iowa was spreading the issue eight years ago.  But there’s a big difference between the candidate and her campaign raising the issue and a volunteer doing it.  Team Trump should avoid putting themselves in a place where every Trump supporter’s actions and words could be laid at the feet of the candidate.

Also on Friday, Trump discarded his script and extemporized at a Miami rally, suggesting Clinton’s Secret Service detail should have their guns taken away and “then we will see what happens.”  It’s never good for a candidate to sound like he expects violence.

With the debate a week away and the election only 50 days off, Trump must remember the voters he needs are not like his hard core base, who might respond to red meat like that (though even many of them may winch, too).  Swing voters desperately want change but worry Trump is too risky.  His rhetorical flourish that she should have to face the campaign trail with unarmed Secret Service agents heightens the concerns of the voters Trump needs to win.

Race Tightens More: In the last week, the RealClearPolitics average has tightened from 45.9% Clinton, 43.1 Trump last Monday – a 2.8% margin for Clinton – to 44.9 Clinton to 44% Trump, a 0.9% margin, this Monday.  The movement largely occurred because of events the week before last, when Clinton was under fire over her emails, special favors for Clinton Foundation donors, and keeping her diagnosis of pneumonia from the public.

The race is probably a little wider than a point since the RealClearPolitics average includes the LA Times/USC Tracking Internet poll which has suspect methodology and gave Trump a seven-point lead.  Even so, Trump has wiped out more than 80 percent of the lead Clinton enjoyed in early August.

In the RealClearPolitics average of state polls, Trump now leads in Florida by 1%, Ohio by 1.2%, and Iowa by 4.3%.  In late May, Trump was surprised when told he had a shot at Iowa.  He’s also ahead in Maine’s Second District by 5.4% (Maine and Nebraska award Electoral votes by congressional district).

But…: Trump still has a narrow path to the 270 Electoral College votes needed to win the White House.  If he carries North Carolina and the rest of the Romney states PLUS Florida, Ohio and Iowa, he’s at 259 Electoral votes.  If he takes Nevada, he’s at 265.

But then he must win Pennsylvania or Michigan or Virginia, which would give him 285, 282 or 278 respectively.  Today, the RealClearPolitics average has him behind in the Keystone State by 6.6%, in Michigan by 5.2%, and in Virginia by 3.5%.  While these margins are smaller than they were at this time last month, the race has not closed as much in these three battlegrounds as it has nationally.

Imagine – the presidential election could come down to how the residents of Bangor, Maine and Omaha, Nebraska vote.  What a year.