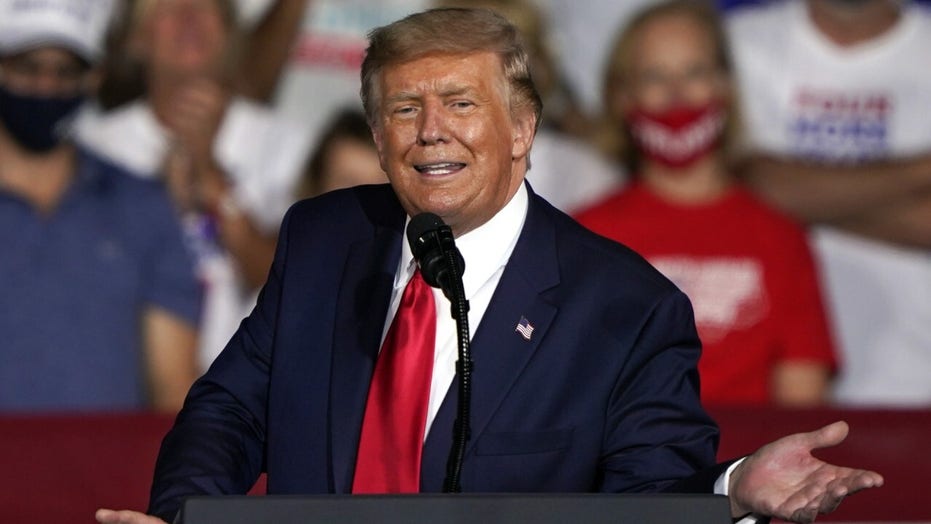 Sen. Kamala Harris, D-Calif., is the most radical person ever nominated for president or vice president of the United States by a major political party.

Last month, Rasmussen Reports published a survey that indicted 59 percent of likely voters do not think Democratic presidential nominee Joe Biden, 77, would finish his first term in office if he is elected in November.

Even nearly half (49 percent) of Democrats who were asked thought Biden would bow out before four years are up. This is a remarkable statistic and makes the 2020 election even more unique and important, because it means nearly half of Democrats believe they will actually be electing the vice-presidential candidate to eventually become president.

TUCKER CARLSON CLAIMS BIDEN, HARRIS ARE PLANNING 'A NEW WAR' IN SYRIA IF ELECTED IN NOVEMBER

Historically, voters do not heavily consider the vice-presidential candidate, but it is essential this year to give Harris much more scrutiny than would normally be warranted.

Of course, the liberal media constantly try to pitch Biden as a moderate Democrat who could appeal to more people in the middle of the country. No doubt, the media will try to do the same with Harris, although it will be much more difficult.

I don’t want you to take my word for it or count on my judgment. That is why on Newt’s World, I captured some of Harris’s more radical positions — in her own words — so that Americans can hear directly from the senator how radical she is and keep that in mind as the November election approaches.

Harris, despite being a former prosecutor, has been incredibly supportive of efforts to defund police departments; to elect radical, pro-criminal, anti-police prosecutors who simply refuse to prosecute criminals; and to sow chaos in American cities.

Importantly, Harris said this on the same day that the local CBS affiliate reported crime in Los Angeles was up 250 percent in the first week of June.

In May 2017 Harris tweeted her support for Philadelphia District Attorney Larry Krasner, saying that “progressive prosecutors are key to criminal justice reform like rolling back mass incarceration and ending cash bail.”

And Harris has supported a slew of other pro-criminal, anti-police prosecutors in Chicago, Milwaukee and elsewhere who have decided to stop prosecuting theft, public drug-use, and other so-called quality of life crimes in the name of social justice.

Further, on June 18 Harris almost gleefully told “Late Show” host Stephen Colbert on his CBS program that the chaos happening in cities across the county is “not going to stop before Election Day in November and they’re not going to stop after Election Day. And that should be, everyone should take note of that on both levels that they are not going to let up and they should not.”

But Harris’ radical views on crime and public safety are only the tip of the left-wing radical iceberg. Over her years as California’s top prosecutor and later one of the state’s U.S. senators, Harris has made many more radical statements — and supported many more radical ideas.

On immigration, she would decriminalize illegal border crossings and offer free health care to every person in the country illegally.

On the environment, she would pass the destructive Green New Deal, ban all fracking, and decimate the American fossil fuel industry. She is so adamant on these issues, she would even ban plastic straws.

That would be a vote for a dramatically more radical, dangerous America.