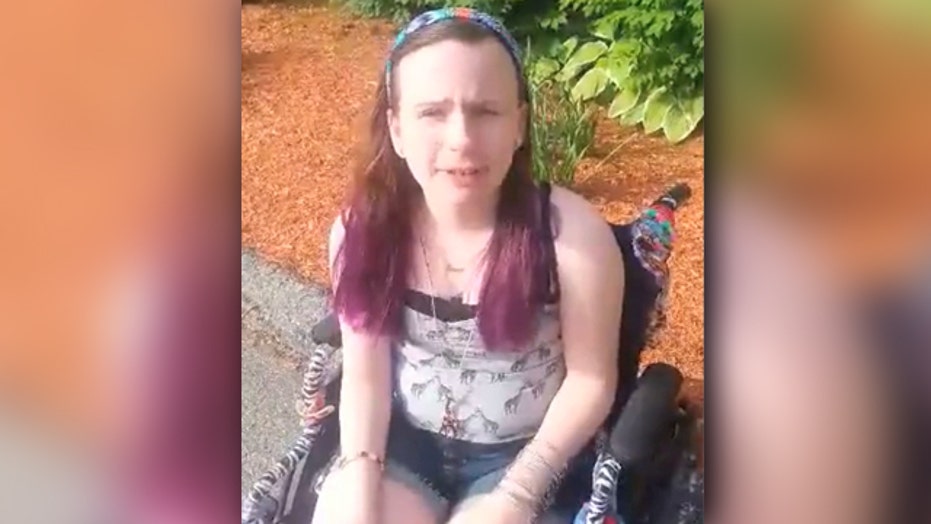 A Massachusetts judge ordered Tuesday that 16-year-old Justina Pelletier be returned to her Connecticut family. His ruling ended a 15-month odyssey that I believe showed that the Commonwealth of Massachusetts and Boston Children's Hospital were willing to disregard the rights of her parents and, in essence legally "kidnap" her.

"We are stunned," Lou Pelletier, her dad, told me minutes ago by phone. "Justina called us with the news herself. We just want to thank everyone who helped us get our daughter home."

Back in February, 2013 the Connecticut teen went to Children's Hospital for a consultation to complement her medical care at Boston's New England Medical Center (NEMC).  NEMC doctors were treating Justina for mitochondrial disease, a little-understood physical illness affecting energy production inside cells that is believed to cause muscle weakness, among many other symptoms.  But the Children's Hospital doctors disagreed. They claimed Justina was psychiatrically ill, had no real physical problems, and was actually suffering with somatoform disorder -- a condition in which underlying, unresolved psychological problems make someone act physically ill.

When Justina's parents rejected that interpretation of her condition, Children's Hospital refused to release her. Ultimately, they went to court and were able to convince a judge to award permanent custody of Justina to the Massachusetts Department of Children and Families (DCF).

Let's reduce that story to its basic truth:  Boston Children's Hospital and the Commonwealth of Massachusetts refused to return a child to her family because they believed she should be treated as mentally ill, not physically ill, even though doctors at an esteemed Boston teaching hospital (NEMC) disagreed and her parents wanted to have the NEMC doctors keep treating her.

And, guess what?  After all the "expert" psychiatric care provided on a locked psychiatry unit at Children's Hospital for Justina, after well over a year being separated from her parents and sisters and her pets, she remains in a wheelchair.

After all that time and all that psychiatric care, the consensus is now that she suffers with physical symptoms, just like NEMC physicians always said she did.

After the "kidnapping" of Justina by Children's Hospital and the Commonwealth of Massachusetts, everyone now agrees she can just go home.

There but for the Grace of God go all of us. The Justina Pelletier case gives us a glimpse of what the state and a rogue hospital can do to any child, and any parents, who disagree with their "treatment plan."

Remember, Boston Children's is the same hospital that tells parents to get out of the way and "follow their children" into gender reassignment, even when their parents have profound misgivings about whether that is the best course of treatment for their sons and daughters.

And just think about all the complicated cases of Lyme Disease that have a host of nebulous symptoms and may or may not be diagnosed by blood tests.

Think of all the cases of fibromyalgia and chronic streptococcal infection and food allergies that can trigger behavioral and emotional symptoms.

Well, any child suffering with any of those could run into the wrong doctor (at least in Massachusetts, at least at Boston Children's Hospital) and end up labeled psychiatrically ill.  And if you, as a father or mother don't like that, even if stellar academic doctors at another hospital back you up, then you, too, could have your child taken off to a locked psychiatric unit or group home for a year or more.

This is the kind of government intrusion and violation of parental rights that can happen in a state in which Barack Obama's good friend Deval Patrick, is governor.

Remember, this is the same governor who threatened to send citizens of the Commonwealth to jail if they drove during a recent snow storm.

Now, Justina will be free. And, among other things, what she will be free to do is to sue the Commonwealth of Massachusetts and Boston Children's Hospital and those doctors who insisted all her symptoms were "in her head" for violating her rights and for malpractice. That wasn't possible until now because she has been in the custody of the Department of Children and Families.

Does that sound like a conflict of interest to you -- holding a child against her will, and the will of her parents, when you know that the moment she is released you'll be sued for what you have done? You bet it does.

Think about potentially $25 or $50 or $100 million in damages paid out by the taxpayers of Massachusetts and malpractice insurers by the time this is over. And, although that will be money well-spent to deter power hungry politicians and doctors from "kidnapping" my kids and your kids and essentially experimenting on them, according to whatever medical theory is in vogue at their hospital, it will never compensate Justina Pelletier and her family for the attempt to destroy her and her family's dignity, liberty and self-determination.

This time the attempt failed. The truth won out. But, trust me on this: They will try again, and again.