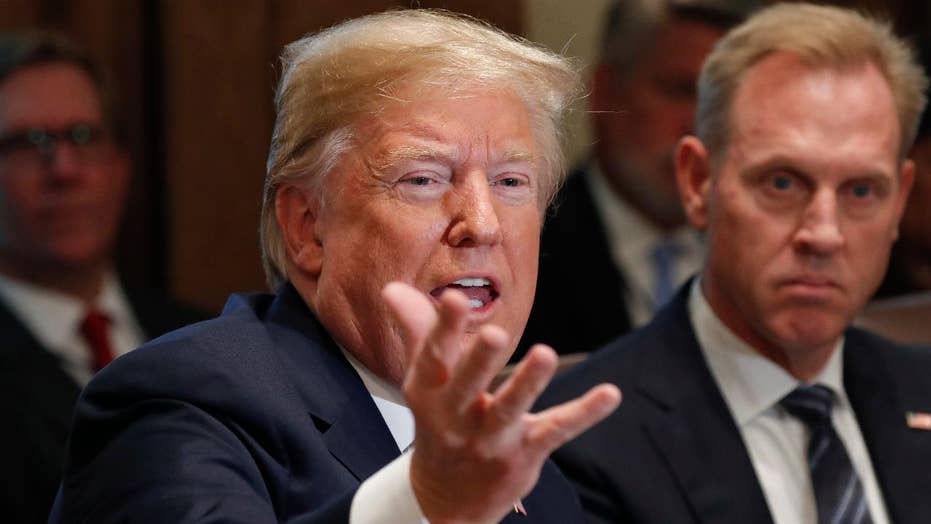 President Trump asked if Russia is still targeting US

As a trial judge in New Jersey during the Ronald Reagan and George H.W. Bush years, I spent much of my time trying to settle cases. This process involved bringing into my chambers the lawyers for the disputants and asking them in the absence of their adversaries to lay their cards on the table.

After I found out what the litigants truly wanted and I did some pushing and shoving and jawboning, more often than not, agreements were reached. The threat of an imminent jury trial -- with its expenses, complexities and uncertainties -- was often enough to bring the parties to a quick, sensible and relatively inexpensive resolution. Occasionally, flattery -- even fatuous flattery -- helped.

All trial judges in America are familiar with this process. It takes place in criminal, as well as civil, cases in every courthouse in the country nearly every day.

But it takes place in secret. I could not imagine announcing to the public the state of the negotiations or my opinions of any of the negotiators midstream. If compelled by some arcane custom to do so, I’d have praised the unpraiseworthy -- to help bring about a favorable result.

I was reminded of all this earlier in the week as I watched the politically unpopular performance of President Donald Trump at an internationally televised -- and now much-analyzed -- joint news conference he held with Russian President Vladimir Putin.

It appears that because he did not utter anything like President Reagan’s “Mr. Gorbachev, tear down this wall,” referring to the Berlin Wall, or “trust but verify,” referring to U.S.-Soviet nuclear arms treaties and because he gave public credence to Putin’s private and incredulous denials of Russian meddling in the 2016 presidential election, he somehow came across as weak or insufficiently American.

At this writing, no nationally known Republican officeholder except Sen. Rand Paul of Kentucky has come publicly to the president’s defense. Some in the Democratic Party and some of my colleagues in the media have even accused Trump of treason. How misunderstanding they are.

For 18 months, Trump has sought to develop a personal relationship with Putin unlike any relationship that any modern American president has had with him or his predecessors. The Democrats and Republican never-Trumpers doubt Trump’s bona fides and even his intellect. "Who could cut a deal with a monster?" they have bellowed.

Make no mistake; Putin is a monster. He has invaded Ukraine, bombed rebels in Syria, shored up fanatics in Iran, imprisoned political opponents on false charges and stolen billions from Russian oligarchs and the Russian people.

To this litany of criminality, Trump has wisely asked: How have any of his monstrosities harmed the United States? Answer: None of this is morally sound, and all of it is profoundly unlawful, but none of it has harmed us.

This realization has led Trump -- in defiance of the advice from his own secretary of state, CIA director and national security adviser -- to try to understand Putin and to negotiate with him.

There is much to negotiate about. We want the Russians to stay out of our computers and away from our elections. We want them to stop trying to reorganize the Middle East. And we want them to reduce their nuclear and long-range offensive weaponry. Of course, they want the same from us.

I don’t know whether Putin can be reasoned with. But I believe that if anyone can do it, Donald Trump can. This is what made me think this past week of all those litigations I helped to resolve. Negotiations are often fluid. They take time and patience, as well as threats and flattery, and they cannot be successful under a microscope.

Stated differently, Trump knows how to negotiate, and his skills cannot be assessed midstream -- because midstream is often muddy and muddled. Trump’s efforts this week were just a beginning. His public praise of Putin and giving moral equivalence to Putin and our intelligence services were not to state truths but to influence Putin’s thinking in order to bend Putin's will -- eventually -- to his own.

But the neocons in Congress will have none of this. The power of American arms-makers is formidable and profound. They have acolytes in all branches of the federal government. They depend on the threats of foreign governments to animate taxpayer funding of their armaments.

They know that Russia is the only threat in Europe, and they fear that if President Trump reaches a meaningful rapprochement with President Putin, there will result a diminished American appetite for their weaponry.

And they know that Donald Trump understands that.

So they have jumped on a fluid long-term negotiation at its inception by mocking the president’s flattery. They would have mocked Franklin Roosevelt for calling monstrous Soviet dictator Josef Stalin “Uncle Joe” as he bent him to his will.

Where does this leave us? We have impatient media that hate the president, a bipartisan majority in Congress beholden to the military-industrial complex, and a president who knows more about negotiating with bad guys than any of them.

And unlike the warmongers, the president is willing to talk to anyone if there is a chance it could result in peace. President Lyndon B. Johnson often remarked that there are two things in life you never want to watch being made and only want to see when completed: legislation and sausages. We should add international peace to that short list.