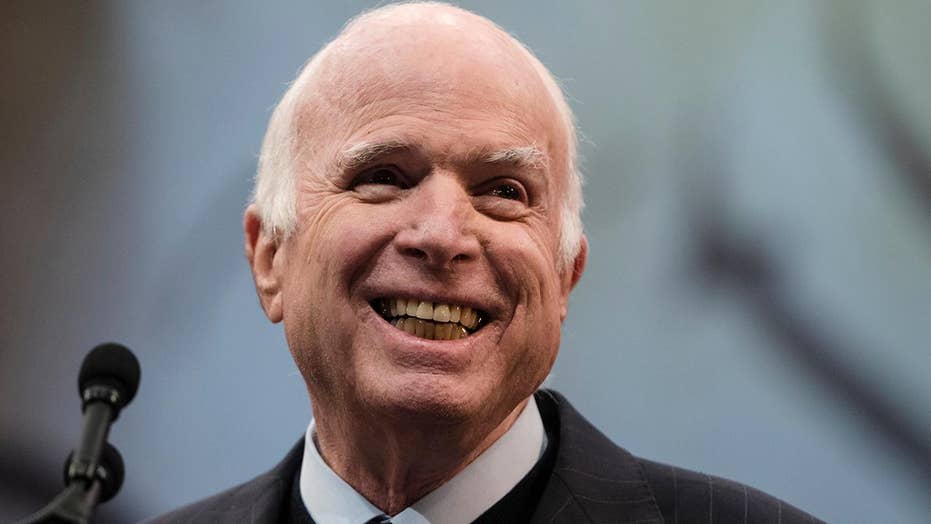 About four years ago, I was browsing through one of Manhattan’s last remaining independent bookstores, when my cellphone rang. I didn’t recognize the incoming telephone number, with its 202 area code, but I assumed it was a Fox News colleague from our Washington bureau.

When I answered the phone, a somewhat familiar but somber voice said: "Judge Napolitano, your reward for what you did today will not come from your colleagues or viewers or even on earth but in heaven."

What had I done to deserve this?

Earlier that day, Dianne Feinstein, a Democrat from California who was then the chair of the Senate Intelligence Committee, had defied her own committee members, congressional leadership from both houses of Congress and from both political parties, officials of the CIA, and even the Obama White House when she released on the floor of the Senate a 6,000-plus-page report detailing the use of torture by CIA officials in the George W. Bush administration -- all of it unlawful.

She actually made the report public while physically standing on the floor of the Senate, where her speech is absolutely protected from government retaliation by the Speech and Debate Clause of the Constitution.

That clause recognizes and protects for members of Congress their complete freedom of speech while on the floor of the House or Senate, while doing congressional work and while traveling to Capitol Hill. Thus, even though she revealed top-secret materials in the report -- which, if you or I had revealed them or if she had revealed them in Los Angeles rather than in Washington, would have constituted the crime of espionage -- she was immune from all prosecution.

In response to the Feinstein revelations, my Fox News colleague and friend Shepard Smith and I spent about 30 minutes on-air that afternoon on his Fox News Channel show discussing the criminal behavior Feinstein had revealed, the constitutional protections she, as a member of the Senate, enjoyed, and the political firestorm she had courageously ignited.

As a believer in the rule of law and the bodily integrity of all people, I was full of praise for what Feinstein had just done. When the government breaks the laws it has sworn to uphold, Shep Smith and I argued, the people have a right to know about it.

But many of Sen. Feinstein’s colleagues did not see it that way. Many of those who never endured torture and those believing that the end justifies the means accepted the myth that torture works -- that the victim tells the truth; and in their view, obtaining the truth is worth the cost in lawbreaking and body-breaking.

Only one Republican senator publicly supported what Feinstein had just done. He was my caller that afternoon in the bookstore, John McCain.

I thought of his call and our many ensuing conversations when I learned of his death this past weekend, a few days shy of his 82nd birthday.

McCain and I had hundreds of conversations. He knew that I knew that he was a bellicose warmonger and an uncritical supporter of unlimited military spending; and he was often indifferent to the consequences of those views.

But he was also the victim of prolonged and horrific torture during the Vietnam War, which he could have avoided. He told me many times that torture so distorts the mind that the victim’s consequent speech is utterly unworthy of belief.

He had become the leading congressional critic of torture, the prime congressional mover of making it all unlawful -- the Bush Department of Justice notwithstanding, it already was unlawful at the time Bush ordered it -- and one of the few Americans anywhere who could speak on this detestable subject from the personal experiences of a victim.

Platitudes aside, the essence of the telephone conversation we had that day was that Bush had committed war crimes; that torture is absolutely prohibited by the Constitution, several treaties to which the United States is a party and numerous federal statutes; and that Sen. Feinstein had performed a positive public good by revealing it.

It was Sen. McCain’s view that even if he was powerless to prevent government lawbreaking, it is better for the American people to know painful truths than to remain in the dark.

Shortly after our phone conversation, McCain went to the floor of the Senate and delivered one of his classic tirades against torture. In it, he attacked President Bush, who ordered and authorized it, and President Barack Obama, who covered it up.

This week, those two former presidents. firmly in McCain’s crosshairs four years ago, are each delivering a eulogy at McCain’s funeral -- willingly, dutifully and at his request.

The John McCain I knew discussed only torture, the right to life, and immigration with me -- perhaps because he knew we disagreed on nearly all other matters. But this tough old Arizona bird, this lifelong warrior, this unorthodox maverick who really was neither a Republican nor a Democrat, knew how to keep friends and monitor enemies.

He was a multidimensional man in a secular era, and he was not happy about America at the end of his days.

Yet in this age of few heroes, and on topics that intimately touch the human heart and soul, he was the genuine article.