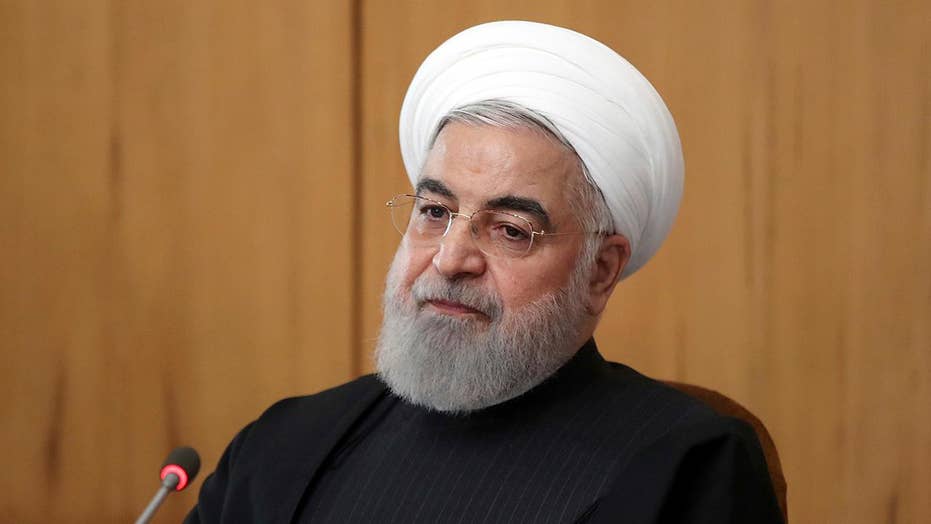 "There's no clear succession now. And the Ayatollah is very ill," McFarland said on "The Story with Martha MacCallum." "But the one voice you really should listen to is the Ayatollah himself. And he's made that very clear. His defense minister, his foreign minister, his military, they've all come out and said, 'America, you did this. We're going to have our retaliation and the chapter is closed now.'"

BORIS JOHNSON SAYS TRUMP SHOULD DESIGN HIS OWN NUKE DEAL

Rouhani warned in a televised speech Wednesday that European soldiers – not just Americans – “could be in danger” after leaders in Britain, France and Germany triggered the so-called “dispute process” laid out in the Obama-era Iran nuclear deal.

United Kingdom Prime Minister Boris Johnson, in an interview with the BBC on Monday, called President Trump "a great dealmaker, by his own account and others," and expressed a willingness to let Trump take the lead on replacing the Iran nuclear deal.

"The thing to remember is, energy independence gives us options we never had before. The strong American economy gives us a cushion," McFarland said. "And because the Iranian economy is so bad and Trump has come out and said, 'No nuclear weapons and we're going to continue the sanctions,' they're getting squeezed. They don't have a lot of options."