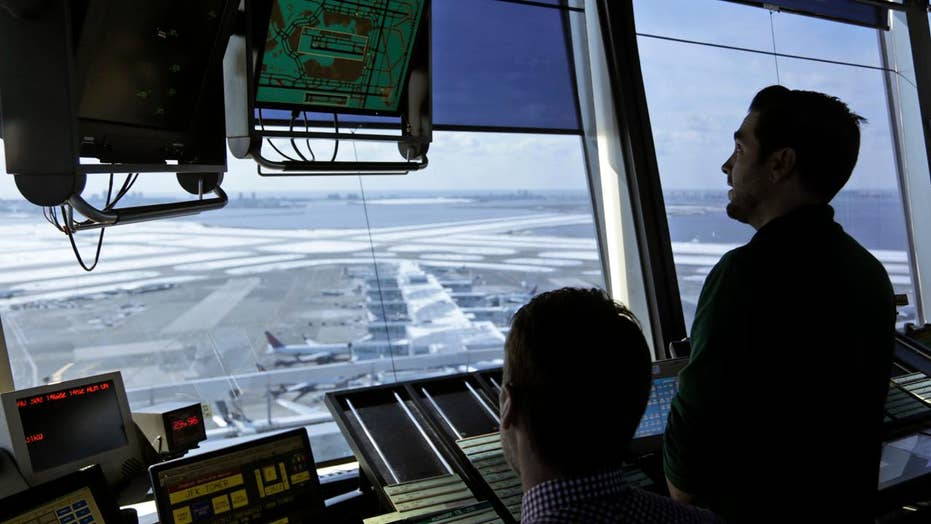 Wonder why your flight is late?

Why even after you've landed, you sometimes can't deplane?

Bad weather plays a role, but flying is also nastier because American airports use 50-year-old technology.

This shouldn't surprise us. Government bureaucracies are always slow. That's as true on the tarmac as everywhere else.

It's not Federal Aviation Administration workers' fault. They're just following the government rulebook that says you must not change something without getting permission first. You must not buy anything without going through cumbersome acquisitions regulations.

The FAA's new NextGen system was designed to make the system more efficient by using satellites instead of ground-based radar. It would let planes fly closer to each other, speeding up everything. This technology has existed for two decades, but because of the bureaucracy, it's still being rolled out.

"By the time the government gets the equipment, many times it's no longer state-of-the-art," complains Transportation Secretary Elaine Chao.

Outside government, progress happens. Uber replaces taxis because Uber is better and safer. Waze is better than paper maps. My laptop, on which I write this, is better than my typewriter.

So President Trump did the right thing when he said he wants to privatize air-traffic control.

"Our air traffic control system is stuck, painfully, in the past," said the president. "Billions of tax dollars spent and the many years of delays, we're still stuck with an ancient, broken, antiquated, horrible system that doesn't work."

The usual crowd of statists condemned privatization. "Fees will go up, seat size will go down," complained Sen. Chuck Schumer.

He reminds me of the senators who warned that natural gas prices would "skyrocket" if Ronald Reagan lifted price controls. The opposite happened -- prices dropped. Deregulation brought private-sector competition. Competition made all of us better off. I wish Sen. Schumer understood that.

The private plane industry worries about paying higher landing fees. But that'd probably be fair. We small plane users freeload off commercial aviation. Hundreds of passengers on a big jet sometimes wait for a Cessna to land. Everyone should pay user fees to cover costs we impose.

Some resisters of change claim skies will become "chaos" because rival air-traffic control services won't talk to each other.

This is absurd. Privatization is not a risky libertarian experiment. Canada privatized 20 years ago. There's no "chaos." There are fewer delays.

Some are developing ways for each plane to use computers keep track of its proximity to other planes and change flight plans to avoid getting too close.

"These countries already use advanced tracking and communications technology that our controllers can only dream about," says the Reason Foundation's Bob Poole.

In the 1980s and '90s, both Democrats and Republicans talked about privatizing air-traffic control. But that stopped after Sept. 11, 2001. When people are scared, they want government in control.

But government control means centralized control that avoids disaster by operating slowly, hyper-cautiously checking routes and runways one at a time instead of adjusting instantaneously as weather or landing conditions change.

In today's world of satellite navigation and digital communications, pilots across America radio the same air-traffic controller to ask for permission to switch flight plans one by one. Controllers still put paper flight strips in little plastic holders and pass them from one controller to another, much like a bartender sliding a beer down a bar. All this human interaction sends ripples of delay through the crowded skies.

Private is better. It's already working elsewhere. There's no reason to keep customers -- and exhausted air-traffic controllers -- trapped in a primitive monopoly.