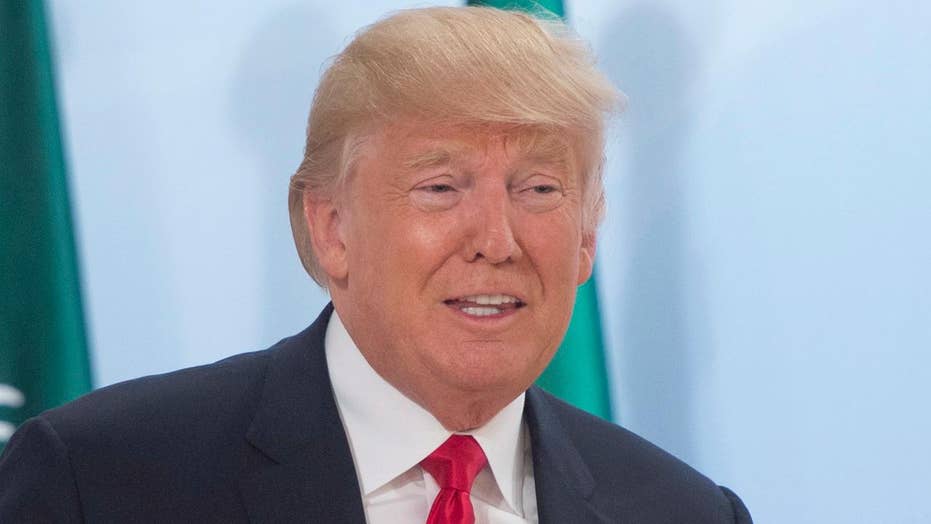 Especially those in the media.

They hate him so much, they leap on every anti-Trump rumor.

The Federalist's Jordyn Pair points out that the press repeatedly told us that a dozen Trump administration members were about to be fired, including Attorney General Jeff Sessions, Press Secretary Sean Spicer and strategists Steve Bannon and Jared Kushner.

Months later, all still work for or with the administration.

I actually wish Sessions had been fired, but Trump's staff reshufflings are no more frequent than those of other administrations, including President Obama's. The media so desperately want something bad to happen, to prove Trump's unqualified, that they blow stuff up.

"Independent Press Is Under Siege as Freedom Rings" was one recent headline.

"The First Amendment," wrote the normally sensible media columnist Jim Rutenberg, "is under near-daily assault from the highest levels of the government."

The "assault" cited was Trump's tweeting out a fake wrestling video, which depicted, as Rutenberg put it, "himself tackling and beating a figure with a CNN logo superimposed."

So what? The video, like professional wrestling, was childish and unpresidential. But it doesn't put the press "under siege." It's a lame joke.

Rutenberg goes on to ask how we can feel good about Independence Day and press freedom "when the president lashes out at The Washington Post by making a veiled threat against the business interests of its owner, Jeff Bezos, suggesting that his other company, Amazon, is a tax avoider. (Where have we seen that sort of thing before -- Russia maybe?)"

I threw that at Rutenberg. He emailed back, "That wasn't a reference to murder (but) to executive authority using tax code to squelch free-speech." In Russia, media that criticized Putin were raided and accused of tax fraud.

But Trump hasn't done any of that. There's speculation that he will block a Time Warner merger, but hasn't done it.

Another annoying Times headline: "The Network Against the Leader of the Free World."

The story complained about Trumps "denunciations (of CNN) in stinging tweets and slashing speeches."

Poor CNN. Except the story also quoted the company's president bragging about viewership that's "the highest in the network's history." For some reason, it didn't mention that CNN's audience is still less than half that of Fox.

But my main objection to that story's headline is the phrase "Leader of the Free World."

The line first appeared in The New York Times when I was 1 year old. An economist argued that the U.S., the "leader of the free world," should lead the fight against Communism.

That made sense. The U.S. was and is the world's wealthiest and most powerful country.

But no president is "leader of the free world." Does President Trump lead Japan? Iceland? Does he lead you?

He's not my leader. The president leads one of three branches of government. He's commander in chief of the armed services. He's not "leader of the free world."

The media obsess about Trump's speeches, tweets and narcissistic behavior as if he were king of the world. But even the president is just one man in a very large bureaucracy.

There are legitimate reasons to worry about what Trump might do. I worry that he'll start a trade war. Or a shooting war. There's plenty to worry about.

So why make things up?

If you worry that Trump will destroy your way of life, the smartest thing to do is to decrease the power of all presidents: Shrink the executive branch back to the humble role it had when the founders wrote the Constitution.

A president's job is to execute laws. The fewer and simpler those laws, the easier it will be to prevent crazy things from happening.