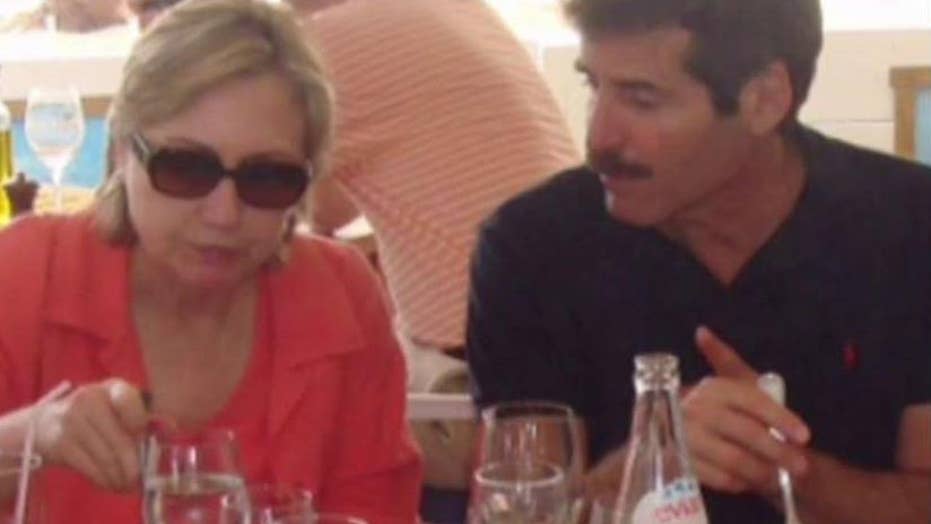 John Stossel shares what happened at his lunch with Hillary

'Stossel' host remembers his 2006 discussion with the 2016 candidate

I had lunch with Hillary Clinton.

I was on vacation on the Caribbean island of Anguilla, at a hotel that's a mixture of villas-for-rent that stand right next to big houses owned by rich Americans.

One day, several black SUVs arrived -- men in suits wearing earpieces got out. I asked another tourist, "What's that about?"

"Bill and Hillary Clinton may stay here," he said.

We then wondered, "Are both Bill and Hillary here?"

This was 2006, five years after Bill left office, 10 years after his affairs with Monica Lewinsky and others had been revealed. Pundits said the Clintons had a "political marriage" -- that they didn't actually live together.

So we tourists asked, "Is it Bill with someone else?"

We got our answer quickly. There were the former president and first lady, strolling down our beach. "Holding hands!" gasped a tourist. "Is it just for show?" Who knows? But they certainly acted as if they liked each other.

So my brother-in-law invited them to lunch.

Why did he think they might accept? Because he's a successful investor who, years before, squandered money on a group called the Democratic Leadership Council. Its goal was to bring Democrats back to centrist economics.

The Clintons had convinced him that they were "responsible" Democrats (sometimes Bill was). So, by donating money, my brother-in-law helped Bill Clinton become president.

Donating money: That gets the Clintons' attention. Our lunch invitation was quickly accepted. Of course, they didn't know that I would be there.

I sat next to Hillary Clinton. She was very friendly -- for a while.

Being a provocateur, I brought up a local controversy: Some Chinese workers were sleeping in old shipping containers, four to a container. They had moved to Anguilla to help build hotels.

"This is why we need regulation!" she told me.

I pointed out that the workers weren't slaves. They'd come to Anguilla only because their alternatives in China must have been significantly worse.

Of course, the housing the Chinese workers inhabited wasn't up to American standards, but the standards Clinton wants would raise costs. That would eliminate opportunities. Some of those workers might never have gotten the chance to leave China and better their lives. Our well-intended rules often create nasty, unintended consequences.

For example, after Western media complained that Bangladeshi workers were abused in "sweatshops," many of those businesses closed. "Good!" said the media. "We stopped the abuse!" But then Oxfam researchers discovered that many of those now unemployed workers were begging for food on the streets. Some became prostitutes.

"I know who you are!" she interrupted. We were off. I give her credit: She argued with me for half an hour. Finally, she'd had enough. She just ignored me for the rest of the meal.

Clinton's wish to regulate workers' sleeping arrangements is a symptom of "lawyers' disease." Like most politicians, she assumes problems are best solved with new rules. She doesn't notice that most new rules create new problems. Worse problems. Problems that often take away opportunity altogether.

I don't want to live in a shipping container. But when politicians say "no one" may, they prevent desperate people from improving their lives.

America's settlers lived in one-room homes made of sticks and mud. Should that have been banned?

In China, millions try to live on a buck or two a day. Because Anguilla did not have Clinton-level housing regulation, some moved to Anguilla, where they can live cheaply and start businesses. Many now run grocery stores. Their lives are immeasurably better.

This is how life progresses, if politicians don't constantly interfere.