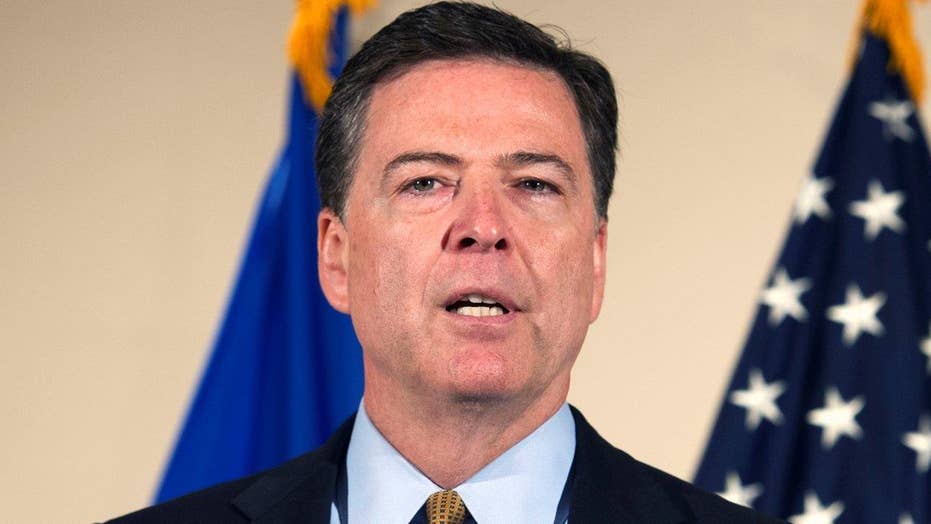 Here are some of the most likely questions he would have gotten if he had:

You said that anyone in Hillary Clinton’s position would have at least faced administrative or other sanctions for their behavior.  Would you outline what is type of sanctions have been applied in the past?  Would someone like Hillary Clinton be granted a security clearance after violations of this kind?

You stated that the handling of top secret classified material by Hillary Clinton and her aides was “extremely careless.”  Lawyers say that is the definition of the “gross negligence” statute that provides for prosecution of anyone who allows classified information to be mishandled.  What is the difference between those terms in your opinion, and is there a legal difference?

Some people with government security clearances have been accused and prosecuted for mishandling classified material through gross negligence.  Do you have any message for them, given your decision not to prosecute Hillary Clinton or her aides?

You mentioned that some of the classified information was marked as classified when Mrs. Clinton handled those emails.  Is that not the definition of “gross negligence” that should trigger the statute mandating prosecution of those mishandling sensitive information.

You mentioned that given the sophistication of hostile actors who have the ability to hack into a server such as Mrs. Clinton’s we wouldn’t likely know if they breached its security and read her emails.  You said her private server lacked even the security protections of a commercial email account. Would you say that the odds of her server being compromised are less or greater than 50%?

There is a parallel investigation into Mrs. Clinton being conducted by the FBI into possible corruption involving the State Department and the Clinton Foundation.  What is the status of that investigaton and do you believe that probe will be finished before Americans go to the polls to elect a president in November?

Did any of the deleted emails recovered from Mrs. Clinton’s email server bear on the investigation of the Clinton Foundation?

It appears that roughly one-in-15 of the work-related messages that Clinton sent or received on the private server have been classified at some level. A total of 22 emails were classified as top secret — the highest level of secrecy.  You said that we should expect some of that information is in the hands of others. Would you characterize how bad the damage to national security would be if that information be compromised?

Do you have any estimate of how many of the approximately 30,000 emails that were deleted by Mrs. Clinton’s lawyers are “lost forever” and were not examined by the FBI?