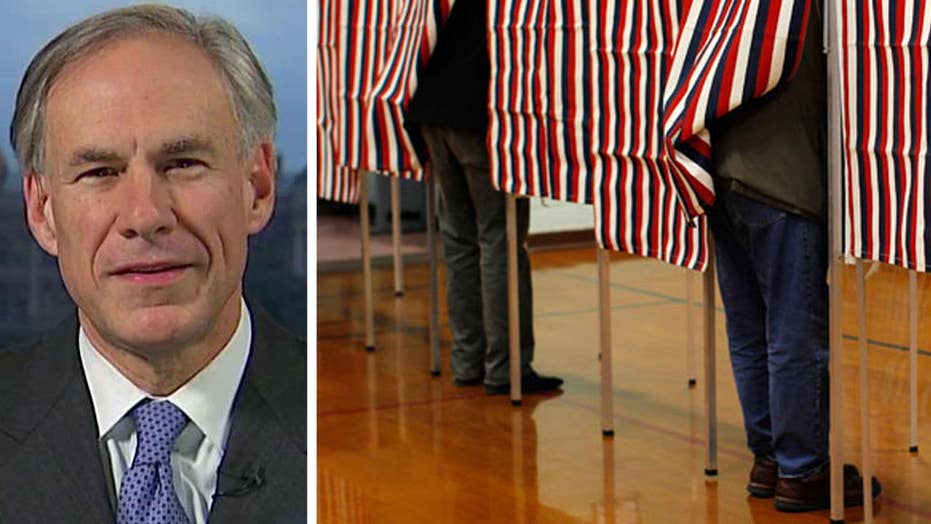 Gov. Greg Abbott: Voter fraud is real, it must be stopped

President Trump has announced that his administration will be launching a major investigation of voter fraud, including those who are registered in more than one state, “those who are illegal” and those voters who are dead but still registered. This followed a media firestorm in which the New York Times and others called Trump’s assertion a “lie.”

He promised he would continue to fight voter-ID laws and other measures designed to improve voting integrity. The U.S. is “the only country among advanced democracies that makes it harder to vote,” he claimed.

This is demonstrably false. All industrialized democracies — and most that are not — require voters to prove their identity before voting.

Britain was a holdout, but last month it announced that persistent examples of voter fraud will require officials to see passports or other documentation from voters in areas prone to corruption.

The real problem in our election system is that we don’t really know to what extent President Trump’s claim is true because we have an election system that is based on the honor system.

What we do know, despite assertions to the contrary, is that voter fraud is a problem, and both sides of the political aisle should welcome a real investigation into it -- especially since the Obama administration tried so hard for eight years to obfuscate the issue and prevent a real assessment.

Former Justice Department attorney Christian Adams testified under oath that he attended a November 2009 meeting at which then-deputy assistant attorney general Julie Fernandes told DOJ prosecutors that the administration would not be enforcing the federal law that requires local officials to purge illegitimate names from their voter rolls.

This refusal to enforce the law came despite a 2012 study from the Pew Center on the States estimating that one out of every eight voter registrations is inaccurate, out-of-date or a duplicate. About 2.8 million people are registered in more than one state, according to the study, and 1.8 million registered voters are dead. In most places it’s easy to vote under the names of such people with little risk of detection.

The Obama administration did everything it could to avoid complying with requests from  states to verify voter registration records against federal records of legal noncitizens and illegal immigrants who have been detained by law enforcement to find noncitizens who have illegally registered and voted.

The Justice Department has also opposed every effort by states—such as Kansas, Arizona, Alabama and Georgia—to implement laws that require individuals registering to vote to provide proof of citizenship. This despite evidence that noncitizens are indeed registering and casting ballots.

In 2015 one Kansas county began offering voter registration at naturalization ceremonies. Election officials soon discovered about a dozen new Americans who were already registered—and who had voted as noncitizens in multiple elections.

These blatant attempts to prevent states from learning if they have a real problem with illegal votes makes it impossible to learn if significant numbers of noncitizens and others are indeed voting illegally, perhaps enough to make up the margin in some close elections.

There is no question that there are dishonorable people who willing to exploit the loopholes in our honor system.

An undercover video released in October by the citizen-journalist group Project Veritas shows a Democratic election commissioner in New York City saying, “I think there is a lot of voter fraud.”

A 2013 sting operation by official New York City investigators found they could vote in someone else’s name 97 percent of the time without detection.

A second O’Keefe video showed two Democratic operatives mulling how it would be possible to get away with voter fraud.

They were both fired.

How common is this? If only we knew. Political correctness has squelched probes of noncitizen voting, so most cases are discovered accidentally instead of through a systematic review of election records.

The danger looms large in states such as California, which provides driver’s licenses to noncitizens, including those here illegally, and which also does nothing to verify citizenship during voter registration.

In a 1996 House race, then-challenger Loretta Sanchez defeated incumbent Rep. Bob Dornan by under 1,000 votes. An investigation by a House committee found 624 invalid votes by noncitizens, nearly enough to overturn the result.

How big is this problem nationally? One district-court administrator estimated that up to 3 percent of the 30,000 people called for jury duty from voter-registration rolls over a two-year period were not U.S. citizens.

A September report  from the Public Interest Legal Foundation found more than 1,000 non-citizens who had been removed from the voter rolls in eight Virginia counties. Many of them had cast ballots in previous elections, but none was referred for possible prosecution.

There are many other examples of Justice’s dereliction of duty. In 2011, the Electoral Board in Fairfax County, Va., sent the Justice Department, under then-Attorney General Eric Holder, information about 278 noncitizens registered to vote in Fairfax County, about half of whom had cast ballots in previous elections. There’s no record of anything being done.

A 2011 study by three professors at Old Dominion University and George Mason University used extensive survey data to estimate that 6.4 percent of the nation’s noncitizens voted in 2008 and that 2.2 percent voted in 2010.

This study has been criticized by many academics who claim that voter fraud is vanishingly rare. Yet the Heritage Foundation maintains a list of more than 700 recent convictions for voter fraud.

A postelection survey conducted by Americas Majority Foundation found that 2.1 percent of noncitizens voted in the Nov. 8 election. In the battleground states of Michigan and Ohio, 2.5 percent and 2.1 percent, respectively, of noncitizens reported voting.

The best argument for a real investigation into just how big voter fraud is stems from the refusal of the general public to believe the media’s claims it is insignificant.

The Washington Post conducted a poll last October using the Pollfish firm that found 84 percent of Republicans believe that a “meaningful amount” of voter fraud occurs in U.S. elections, along with 75 percent of independents. A majority of Democrats -- 52 percent -- also believed there was meaningful voter fraud.  When it came to types of fraud, nearly 60 percent of Republicans told Pollfish they believed illegal immigrants were voting, but so too did a third of independents and a quarter of Democrats.

One Democrat who has personal experience with voter fraud is Bruce Franks Jr., a 31-year-old Black Lives Matter activist in St. Louis, who ran for state legislature last year. Last September, he got a local judge to call a new primary election after irregularities in hundreds of absentee ballots were found. He went on to win the new election with 71 percent.

Conducting an investigation that will help resolve the size of the voter fraud problem is straightforward. The Department of Homeland Security should cooperate with states wanting to check the citizenship status of voters on their rolls.

The Justice Department should put pressure on, or sue, counties and states that refuse to clean up their rolls.

The IRS has issued 11 million Individual Taxpayer Identification Numbers, most of them to illegal immigrants so they can file taxes. Privacy rules allow the IRS to share information for some law enforcement purposes, but not in a way that results in deportations. Those rules could be tweaked to allow states to compare the names of illegal immigrants the IRS has with their voter records.

Our honor system for voting doesn’t work. We don’t know how big of a problem voter fraud really is because no systematic effort has ever been made to investigate it.  But the public doesn’t think it’s as insignificant as the media insists.

It’s time to learn more about just how many people are exploiting weaknesses that damage election integrity.