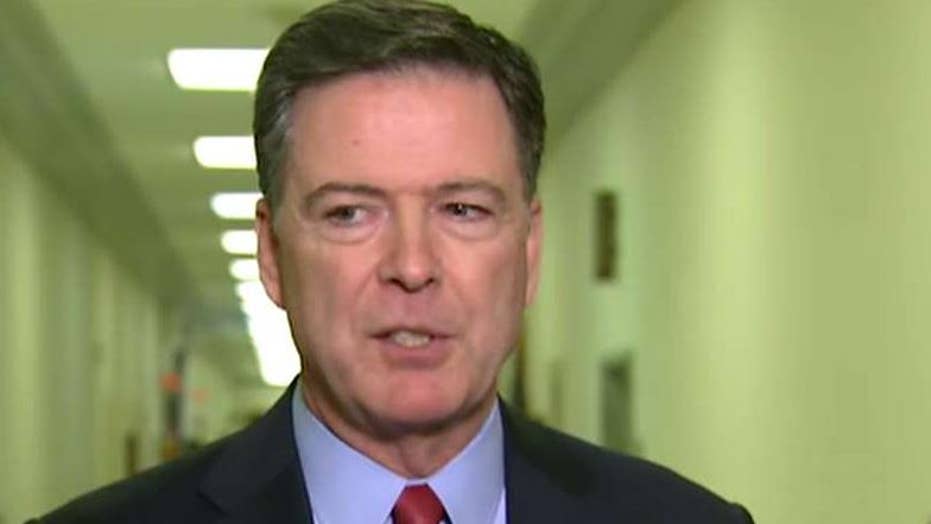 Transcripts of former FBI director's closed-door testimony have been released; Catherine Herridge has the latest.

Wyatt Earp. Elliot Ness. J. Edgar Hoover. Inspector Clouseau. James Comey. The names reflect a continuum of greatness to farce and mediocrity. In the annals of U.S. law enforcement, no individual has reached the depths of disgrace as James “Cardinal” Comey.

The “Cardinal” was a sobriquet FBI agents used to denigrate their leader. As Deputy Attorney General, he was called “drama queen.” Known for his pomposity and self-regard, Comey cut a swath of arrogance unknown in either of those illustrious organizations. He was the cult of personality. He surrounded himself with sycophants, people dedicated to his promotion and their advancement. The Bureau and the public became the losers.

James Comey politicized the FBI, America’s premier law enforcement agency. It started on July 6, 2016, when he usurped the authority of Attorney General Loretta Lynch in violation of the Constitution, the law and DOJ regulations.

He destroyed Hillary’s campaign when he unethically and unprofessionally described her conduct with pejorative words such as “criminal” and then illegally exonerated her of the crimes.

President Obama should have fired him that day. But he did not. Why? Perhaps because he had knowledge of Hillary’s avoidance of any protected email channels because he communicated with her on her private server using a pseudonym.

Comey is a poseur. He pretends to be Thomas Becket but he is, in fact, the assassin, Henry II. He claims in his memos he doesn’t do sneaky things, leak or do weasely things. Yet in his interview with Fox News’ Bret Baier he pretended not to know what a leak is.

The president performed a public service by firing him. He should have done it the day after his inauguration.

The treachery revealed by Comey, Clapper, and Brennan requires accountability. That can only happen through a federal grand jury investigation headed by John W. Huber, the U.S. Attorney in Utah who has been appointed to investigate the FISA criminality by the Obama FBI and DOJ.

The evidence of illegal and unconstitutional abuse of law enforcement and intelligence community power and authority is clear.

Grand jury subpoenas need to be issued. These individuals have stolen more than fifteen months of a new president’s tenure. They have thrown the country needlessly into spasms of doubt about the bona fides of an election. Cardinal Comey should get the first grand jury subpoena.