Chicago has 'had enough' of out-of-control crime: Alderman Napolitano

As a former prosecutor, FBI Special Agent and Chair of the North Carolina Crime Commission it is heartbreaking to witness the Biden administration's swift reversal of over 30 years of crime control and violence reduction strategies. According to FBI data, the 2021 murder rates were just slightly lower than the rates in 1996 during the crack epidemic. Many cities such as LA, Chicago and New York hit levels not seen since the 1990s. Jen Psaki’s breezy dismissal of this crime epidemic in a recent podcast shows the Biden/Harris administration still doesn’t get why Americans don’t feel safe.

As they shelter behind their gates, guards and guns, the rest of the country fend for themselves in the face of skyrocketing violent crime rates. Every day, senseless violent assaults and homicides are committed by recidivist offenders who should be in prison, yet Biden panders to a progressive base who undermine law enforcement by defunding police, implementing "no cash bail" and refusing to prosecute lawbreakers. These policies have deprived police of the strategies and tools necessary to actually prevent crime.

Biden was mute as the leftist DA in LA published his list of crimes he would not prosecute. Following suit, the Manhattan DA undercut police by refusing to prosecute a litany of crimes, including resisting arrest, thus inviting offenders to resist. Such policies contributed to a record 73 officers murdered in 2021, even as a cop shooter with a prior arrest for a gun crime was released on bond in NYC. In the words of the widow of slain NYPD Detective Jason Rivera: "The system has continued to fail us. We are not safe anymore."

Recall the "summer of love" riots, supported by progressives as their cities were ravaged, looted and burned. The Major City Police Chiefs Association reported criminals torched 97 police cars and committed 624 arsons. Over 2,000 officers were assaulted with bricks, water bottles, fireworks and Molotov cocktails which the alt-left dismissed as "civil unrest" triggered by systemically racist policing. Meanwhile, our Vice President promoted a fund to bail out these criminals and prosecutors declined to prosecute them. As violent crimes rates soared it was clear we had a problem.

Any progressive wind can blow this President. The prevailing winds demagogue the guns, the cops, the racist criminal justice system, Trump, even the victims. Social reformers blame everything but the violent offenders themselves. This was the silver bullet Biden and the Mayor, who dubbed himself "the Biden of Brooklyn," hawked at the recent Kabuki press event in New York City. They simply could not bring themselves to hold the criminal actors accountable.

In a move reminiscent of Biden’s border policies, the hapless Jimmy Carter in 1980 allowed Fidel Castro to empty his prisons into the U.S., creating a devastating drug-fueled crime wave that metastasized across the country. I served on the front lines in Miami in the mid-80s as an FBI agent eager to make a difference. Violence was so rampant that refrigerator trucks were used as makeshift morgues.

Gangs converted $40,000 kilos into crack rocks, a marketing innovation that made the highly addictive drug accessible to anyone who could score $10 by whatever means, mostly crime. Disillusionment set in as violence spread like a virus and devastated urban neighborhoods.

MEXICO NOW THE ‘DOMINANT SOURCE’ FOR FENTANYL IN US, MAINLY COMES THROUGH SOUTHERN BORDER, REPORT FINDS

Later, as the head of the FBI’s Criminal Investigative Division, I was part of an evolution in law enforcement strategies based on data and real-life experiences that showed a relatively small percentage of repeat offenders were committing a disproportionate share of violent crimes. The over 200 ATF and FBI gang task forces collaborated with community leaders to simultaneously provide an array of federally funded services to high-risk youths and recidivists offenders while making swift arrests if they made the wrong choice. 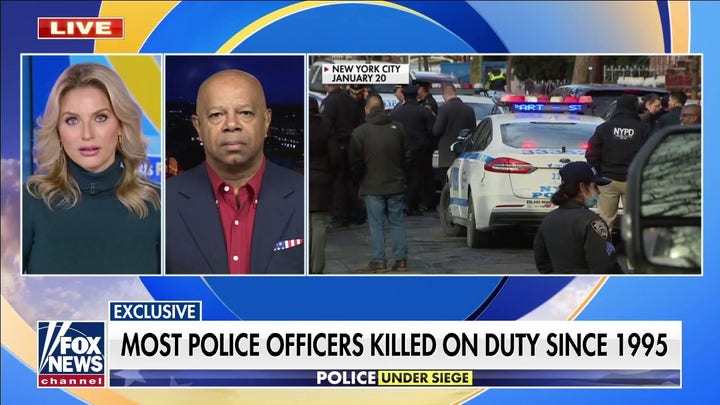 Instead of focusing exclusively on interdiction of drugs and guns, the task forces focused on the criminals themselves and provided the deterrence of certain incarceration if they chose crime over rehabilitation.  Every violent, recidivist offender arrested prevented multiple crimes. Violent crime rates decreased dramatically. Some cities, like High Point, North Carolina, under Chief Louis Quijas, reduced homicides to zero. As for guns: Confiscating them resulted from targeting the repeat offenders who used the guns. These strategies proved that attacking the root causes of crime was not incompatible with proactive law enforcement.

Any progressive wind can blow this President. The prevailing winds demagogue the guns, the cops, the racist criminal justice system, Trump, even the victims.

Channeling Jimmy Carter, this administration opened our borders to transnational criminals, drug-toting cartel mules, human smugglers and terrorists even as the reformers pull back on arrests and prosecutions, creating the perfect storm. Biden’s DHS transports young male illegals into the heartland becoming a taxpayer-funded human smuggling organization. Under open borders, drug smuggling, including the lethal opioid, Fentanyl, is now at record levels fueling an epidemic in overdoses. Opioids cause over 205 deaths per day. Over 100,000-drug overdose deaths were recorded between April 2020 to April 2021, twice the number of gun deaths.

Biden says the COVID Relief Bill funded more officers. Not true. The bill rained cash on cities to do whatever they chose with the windfall. There were no earmarks for more officers. And now COPS and Byrne Grants, which were originally designed to equip and fund new officers, are now laden with social spending largesse for non-law enforcement positions while imposing restrictions that have little to do with actual law enforcement. 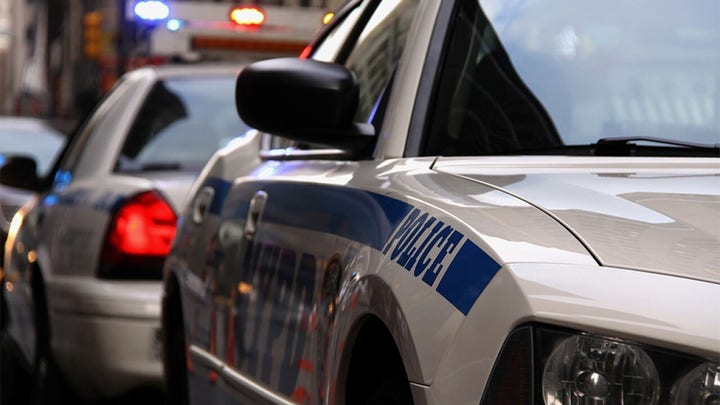 Liberals cite reductions in some crimes due to their social reform policies. Not so fast: when arresting criminals became an exercise in futility police pulled back from arresting certain offenders. When no arrests are made, no crime is recorded. Problem solved!

The most accurate crime metrics are homicides and violent assaults. Such incidents don’t lie: someone calls 911, police respond, the victim is found seriously injured or dead and the police make arrests.

Biden has cited a "deep sense of distrust towards law enforcement" even as he sows that distrust. When asked if there was systemic racism in policing Biden responded: "Absolutely…it’s real. It's genuine. It's serious."

On Biden’s watch officers are leaving the profession at an alarming pace because they were denied the public support, tools, funding, tactics and mission to do the job. Biden allowed them to twist slowly in the wind. Neither Biden nor Harris attended the funeral for NYPD Detectives Rivera and Mora. Americans can see behind the curtain. It’s time to fix it. Start by holding criminals accountable and providing meaningful support, not undermining, those whose sole mission is to protect others.