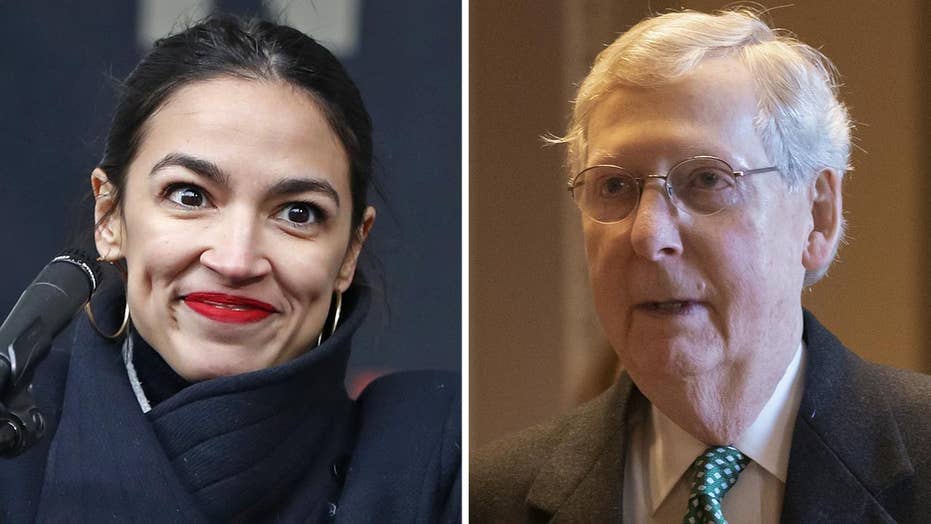 Throughout my 40 year career as a meteorologist, I have tried to live up to the responsibility I inherited from my predecessors. I was taught to strive for objective truth, irrespective of where the data would lead. Science is not a belief system based on feelings or subjective motives. It is about facts, evidence, theories and experimentation in search of a conclusion.

The impassioned speech by Rep. Alexandria Ocasio-Cortez, D-N.Y., to Congress last week revealed volumes about the intent and commitment of those pushing the Green New Deal. I can’t help but question if their positions are based on facts.

Ocasio-Cortez’s statements about adverse climate effects and policy proposals reflect a lack of knowledge about energy policy and the geopolitical and financial impacts of abandoning fossil fuels in a quick and reckless manner. “The world is going to end in 12 years if we don’t address climate change,” she said earlier this year – a statement clearly designed to elicit panic but hardly based on fact.

NICOLAS LORIS: THE GREEN NEW DEAL WOULD COST TRILLIONS AND MAKE NOT A DIME'S WORTH OF DIFFERENCE

In this age of political hysteria, we must all educate ourselves on the facts – the actual science. Unfortunately, there seems to be a total lack of awareness about important issues that scientists like myself – who aren’t paid by research grants – are concerned about.

Instead, climate science is being used as a political weapon, and the voices of scientists like me are being ignored or even vilified. I was under the impression that in the United States, all voices and arguments should be heard. Climate science is not settled science. If it was, why would there be a continuous flow of money to research it?

For example, is AOC aware that in the fossil fuel era, in spite of a four-fold increase in population, deaths have plummeted?

Or that personal GDP and life expectancy – true measurements of progress – have dramatically increased?

Or that world prosperity is rising while poverty is falling?

And does AOC know that in the geological history of the Earth, there is no apparent direct link between carbon dioxide and temperature?

AOC is trying to capture the imagination of young people to exact a specific result – the adoption of policies that cripple our way of life and push us towards socialism. But the charts above are only a few examples of data that should cause us to pause and ask questions about the direction that the Green New Deal wants America to go in.

We should also ask why there is such a hurry to get there. For every current event that is used to whip up hysteria, there has been a past event that was even worse, but that people either ignore or are ignorant about in the first place. Extreme weather has always occurred and will inevitably continue.

If climate alarmists do not know about the many arguments that question the credibility of their ideas, how is it even possible for their ideas to be seriously considered? Much of what is being proposed in the Green New Deal should not only cause skepticism, but should be considered draconian and even geopolitically dangerous.

The migration towards cleaner, alternative energy needs to be done in a methodical, sustainable and intelligent way, otherwise, the consequences could be far worse than anyone can imagine.

Perhaps we should pause and consider why none of the global warming models from two decades ago have come to fruition. Perhaps we should slow down and think about the consequences of allowing our adversaries to supply the world with cheap energy, because one thing is for sure – wind farms and solar panels won't get the job done.

The objective reader should examine all sides of the climate debate and should ask himself: Are the consequences of acting hastily worse than not acting at all? I think many are skeptical of rushing forward. We must rein in the political hysteria and fear-mongering that is driving the climate change agenda.

Joe Bastardi is a pioneer in extreme weather and long-range forecasting and the chief meteorologist at weatherbell.com. He is the author of “The Climate Chronicles: Inconvenient Revelations You Won’t Hear From Al Gore — and Others.”