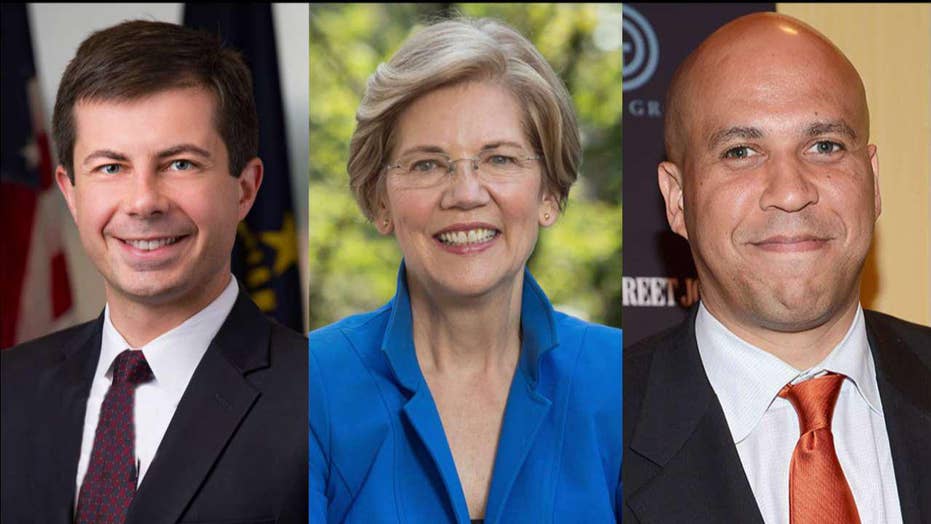 In an extraordinary and outrageous move endangering the constitutionally mandated independence of the U.S. Supreme Court, five Democratic senators are threatening political retaliation against the court unless it denies the Second Amendment rights of New Yorkers in its first gun case in a decade.

Not since 1937 – when newly reelected Democratic President Franklin Roosevelt proposed adding additional justices to the Supreme Court in a blatant move to produce decisions more favorable to his New Deal agenda – has there been such a serious attempt to change the way the judicial branch of government operates in order to change the outcome of its decisions.

In fact, going back even further in history, the threat the Democratic senators are posing to the judiciary’s independence is arguably the greatest since that made by Britain’s King George against the 13 British colonies before they became the United States. Our Declaration of Independence lists these threats as one justification for the American Revolution.

Back in 1937, the Senate Judiciary Committee – led by Roosevelt’s fellow Democrats – refused to go along with what became known as his court-packing scheme. This committee stated in a report on Roosevelt’s legislative proposal that it was “nothing more than the declaration that when the Court stands in the way of a legislative enactment, the Congress may reverse the ruling by enlarging the Court.”

The Democratic senators are threatening the independence of the Supreme Court because they are determined to curtail the constitutional right of Americans to keep and bear arms in a case called New York State Rifle and Pistol Association v. City of New York.

The legal brief filed in the case by the senators not only threatens the independence of the judiciary – it threatens the rule of law. The senators are engaging in a form of extortion, warning justices that grave harm will befall the Supreme Court if the justices don’t rule the way the senators want.

As they fashioned our unique system of government, America’s founders singled out several elements they considered critical to its success. Alexander Hamilton, for example, wrote that the “independence of the courts” is “peculiarly essential.”

The five senators would be wise to heed Hamilton.

In fact, going back even further in history, the threat the Democratic senators are posing to the judiciary’s independence is arguably the greatest since that made by Britain’s King George against the 13 British colonies before they became the United States.

This case before the Supreme Court that has prompted the senators’ move against the high court challenges a New York state law that allows a licensed gun owner in New York City to transport a handgun (even if locked up and unloaded) outside his or her home only to one of a few shooting ranges in the city.

The five Democratic senators want the high court to uphold the law, even though it clearly makes a mockery of our Second Amendment rights. But they can’t demand that result just because they want it.

The brief filed by the senators asserts: “The Supreme Court is not well. And the people know it.”

The lawsuit by the senators cites polls supposedly showing that a narrow majority of Americans believe that Supreme Court decisions are “motivated by” or “too influenced by” politics.

The final paragraph of the senators’ legal brief concludes with this ominous warning: “Perhaps the Court can heal itself before the public demands it be ‘restructured in order to reduce the influence of politics.’ Particularly on the urgent issue of gun control, a nation desperately needs it to heal.”

There you have it. These legislators have fired a shot across the judiciary’s bow. Change your ways, ignore the constitutional protections that we don’t like – such as the Second Amendment – or we will change you. Start making decisions that further our political agenda, or we will create a judiciary that will.

Compared to these senators, King George and President Franklin Roosevelt were amateurs in their attacks on the judiciary.

The warning from the senators comes on the heels of growing calls to pack the courts – as Roosevelt tried and failed to do – and an obviously unconstitutional proposal to “rotate” Supreme Court justices in and out of the high court, analyzed here and here.

These – and the five senators’ not-so-subtle threat to “restructure” the judiciary – are not about appointing judges who follow a particular approach to deciding cases. Every president does that.

No, the threat here is to literally manipulate the structure of the judicial branch itself, to reconfigure it to deliberately produce more desirable results in certain cases based on politics – not the law.

In August 1997, then-Attorney General Janet Reno spoke to the American Bar Association House of Delegates, warning against “heated rhetoric” about the judiciary, including criticism that can “undermine the very credibility of the judiciary.”

The ABA took up the cause, creating a commission on judicial independence that held hearings on the issue. Its report warned about criticism that, even if it does not influence court decisions, can undermine “public confidence in the judiciary and judicial independence.”

Where is the ABA today? If it was concerned about criticism undermining judicial independence, how can it be silent when senators threaten to restructure the judicial branch to obtain the decisions they want?

Don’t be misled by the spin from those like the five Democratic senators, who today threaten a hostile judicial takeover. They define decisions they don’t like as proof that the judiciary has been “politicized” because that sounds better than saying they want judges who will deliver the political goods no matter what the law says or what the actual facts are in a case.

Four of the five senators threatening to restructure the judiciary today are current members of the Judiciary Committee – the same committee that killed Roosevelt’s court-packing scheme.

Suppose that we, as lawyers, filed a friend of the court brief in state court where judges are elected, threatening to work against them in their next election unless they ruled our way. We would justifiably be subject to severe sanctions. Yet the five Democratic senators are hiding behind the authority of their elected positions to do the very same thing.

Judicial independence, especially from political manipulation, remains “peculiarly essential” to the system that provides the liberty we all enjoy. It remains, as the late Chief Justice William Rehnquist said, one of the “crown jewels” of our system of government.

All Americans, as well as judges on any court, should reject such attempts to manipulate the judicial system for political gain.

Hans von Spakovsky is a senior legal fellow at the Heritage Foundation.