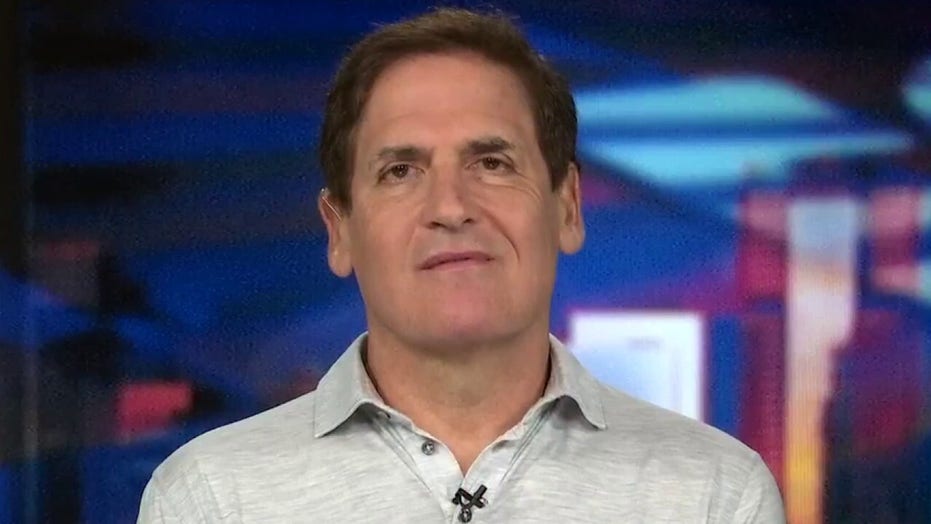 Mark Cuban: NBA shutdown caught me by surprise but it's the right thing to do

Dallas Mavericks owner Mark Cuban tells 'Fox &amp; Friends' that the NBA made the right decision to suspend games during the coronavirus outbreak and says his hourly workers will still be paid.

The NBA season has been suspended in an effort to stop the coronavirus. It’s terrible news for the sports community unless you happen to be a Knicks fan like me in which case it comes as a relief.

But with every major North American sports league suspending play comes an opportunity for ALL OF US to compete in the ultimate team sport: Stopping The Coronavirus.

This is certainly not the championship matchup we were hoping for heading into March Madness, but as they always say in sports, “You have to play the teams on the schedule.”

LAUREN GREEN: THIS IS THE POWER OF A NATIONAL DAY OF PRAYER

And Team Corona has no shot against us if everybody on Team Humanity does their job.

Sure, you can’t hit a buzzer beater but you can stop beating up your political opponents on Twitter.

Team Humanity needs a unified locker room and that can’t happen if we’re getting called for technical fouls on social media.

When you’re done cleaning up your act be sure to wipe down your smartphone because the only thing filthier than the language on Twitter are the touchscreens we’re typing on.

Staying calm with the game on the line is one of the biggest challenges we face. Right now there’s a lot of hysteria surrounding our opponent, most of which is fueled by misinformation online. If you’re going to pass an update to one of your teammates, be sure it’s from a trusted government agency like the Centers for Disease Control and Prevention (CDC). If the health tip is coming from a guy who’s holding a beer in his profile picture, make like the Beatles and LET IT BE.

You also need to know that our team has a very deep bench, so there’s no need to show up to work if you’re feeling sick.

Get some rest, watch some Netflix, heck, you can even dress up as a mummy with all that toilet paper you hoarded. But by all means, if you’re under the weather, make it a home game.

And lastly, be sure to wash your hands everywhere you go and stay at least six feet away from people at all times. Not only will it help you avoid Corona, but nobody likes a close talker so don’t be that guy or gal, or mummy if you went with my previous suggestion.

Look, team, this is quite literally the fight of our lives. But if everybody goes out there and plays the type of game we’re capable of there’s no doubt in my mind we’re gonna take home the championship.

Now, on the count of three, let’s bump elbows and go out there and win this thing!