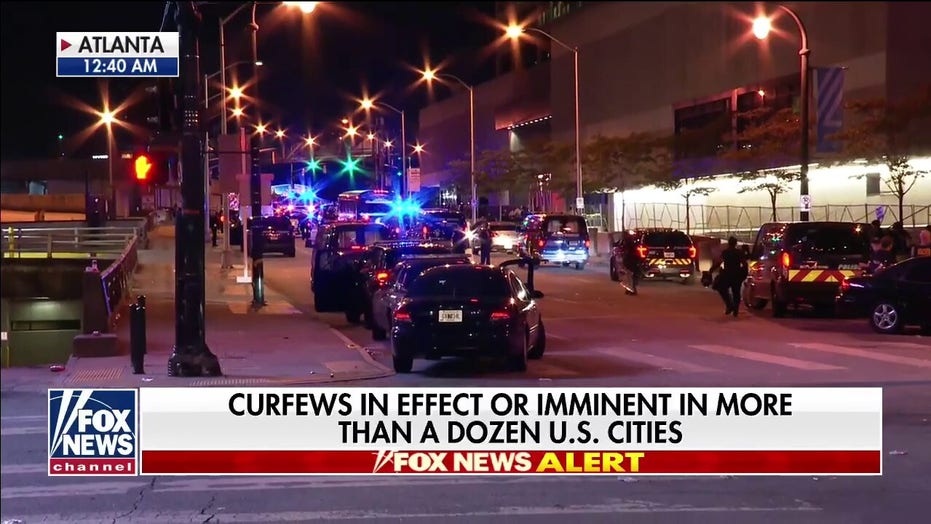 President Trump was right when he placed blame Saturday for the riots tearing apart cities around the country on Antifa and other radical left-wing groups. He should now go one step further and declare Antifa a domestic terrorist organization.

The rioting this past week was ostensibly sparked by the death of George Floyd – a 46-year-old black man who was arrested by Minneapolis police Monday for allegedly trying to use a counterfeit $20 bill to buy cigarettes. There is no question that Floyd’s death was horrific and should never have happened. But in fact, many of the rioters affiliated with Antifa simply and cynically have used Floyd’s tragic death as an excuse to spread mayhem and destruction.

The officer who knelt on Floyd’s neck – Derek Chauvin – was charged Friday with third-degree murder and manslaughter. Chauvin and any other officers who go on trial for Floyd’s death should be punished to the full extent the law allows if convicted. But Floyd’s killing should not be used as an excuse by anyone to justify rioting and domestic terrorism that in many cases has victimized African-American small-business owners and others in many cities.

“These are ‘Organized Groups’ that have nothing to do with George Floyd. Sad!” Trump tweeted Saturday in describing the rioters. “It’s ANTIFA and the Radical Left. Don’t lay the blame on others!”

The president’s accurate description of Antifa fits the definition under federal law of a domestic terror group. Under that definition, such a group breaks laws “to intimidate or coerce a civilian population” or to “influence the policy of a government by intimidation or coercion.”

Antifa claims to be an anti-fascist group dedicated to stopping oppression of marginalized communities. But the group considers law enforcement officers and many government agencies to be among the “oppressors,” along with many others who reject its radical agenda.

Antifa members have been advocating for and conducting violence to intimidate for a long time now, but the wave of terror they unleashed this past week makes taking action against them truly urgent.

There’s no question that many of those protesting the killing of George Floyd had every right to peacefully express their outrage over his death. But in many cases, Antifa radicals hijacked those legitimate protests to turn them into riots.

Antifa sent the word out far and wide to burn buildings, loot stores, destroy cars and attack law enforcement officers. Police agencies warned that Antifa and its many tentacles were using the Floyd protests to further their agenda.

"Domestic extremists, including anarchist extremists and other anti-government extremists, are using the unrest in Minneapolis to amplify and justify their calls for dismantling law enforcement agencies and carrying out attacks on law enforcement, government, and capitalist targets," a Philadelphia Police Department bulletin reported.

Antifa members have instigated violence many times before and for a variety of leftist causes like shutting down speech they don’t like, armed attacks on Immigrations and Customs Enforcement detention facilities and other anti-police violence. The nexus for violence at any leftist protest will always be a band of black-clad Antifa thugs burning, breaking windows and attacking anyone they see as part of the oppressive system

Antifa’s track record of violence is undeniable, but it is a nebulous and diffuse group. Antifa is anarchistic by nature and members are more likely to be squatting in an abandoned building than running a storefront office.

Since all terrorist groups operate mostly in the shadows, we must empower our law enforcement and security agencies with all the tools possible to illuminate their malevolent and dangerous activities.

These vital tools will become available under the Patriot Act if Antifa is designated as a domestic terrorist group.

As a terrorist group, Antifa could have its electronic communications monitored by law enforcement agencies that obtain search warrants. This would enable authorities to gain knowledge of what criminal activity Antifa was up to and more easily prevent violence and apprehend organizers.

In addition, the terrorist designation would make it a federal offense for Antifa to engage in terrorist attacks and other acts of violence against mass transportation systems. A favorite tactic of Antifa members is to burn buses when rioting. As a terrorist group, they could face federal prosecution for this crime.

The terrorist designation would also ban aiding Antifa because that activity would be considered to be providing material support to terrorists and terrorist organizations under federal law.

Antifa members often work with other leftist groups, serving as their shock troops. These other activist groups know that they can rely on Antifa to do the burning and breaking, but would themselves be held liable for these crimes if Antifa is officially designated as a terrorist group.

The bottom line we need to keep in mind is that peaceful protesting is a cherished American right – but violent attacks are criminal conduct.

By accurately labeling Antifa as a domestic terrorist group we can protect against its terrorist crimes without infringing on the rights of the rest of us to protest and exercise our rights of free speech under the First Amendment of the Constitution.