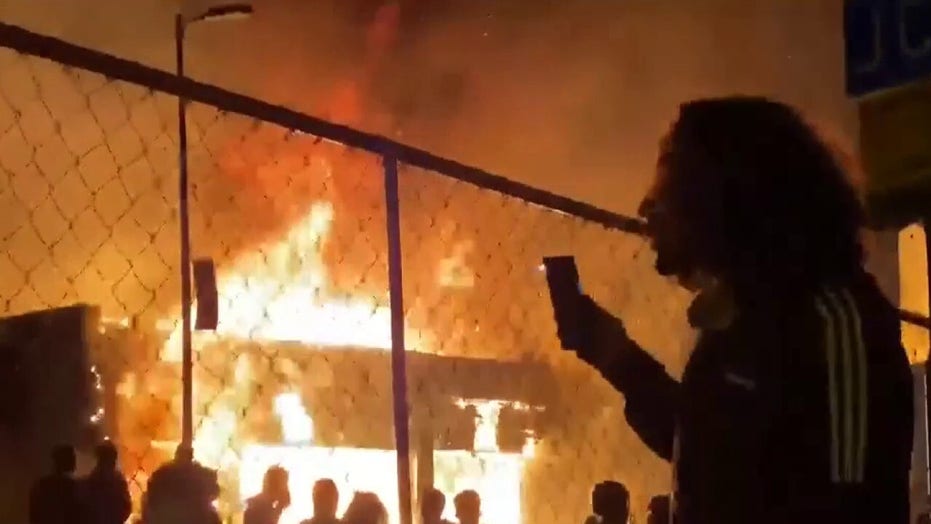 President Trump on Saturday blamed at-times violent protests that took place across the U.S. a day earlier on Antifa and other left-wing groups -- as Minnesota officials claimed that white supremacists and even drug cartels were involved in stoking violence.

“It’s ANTIFA and the Radical Left. Don’t lay the blame on others!” Trump tweeted Saturday, referring to far-left violent groups who often describe themselves as “anti-fascist.”

On Friday night, protests and riots broke out across the country in response to the death of Minneapolis man George Floyd's death while in police custody earlier this week. Video emerged of a police officer pressing his knee into Floyd’s neck, what protesters have called another incidence of police brutality against black men.

Minnesota Gov. Tim Walz announced Saturday he has authorized "full mobilization" of the state's National Guard -- something that has never been done in the 164-year history of the Minnesota National Guard -- in response to the protests that have turned increasingly violent.

Later, speaking to reporters before flying to Florida, Trump said a “lot of radical left, bad people” were to blame for the violence in Minneapolis and elsewhere and said “they have to be tougher” fighting back against the rioters. 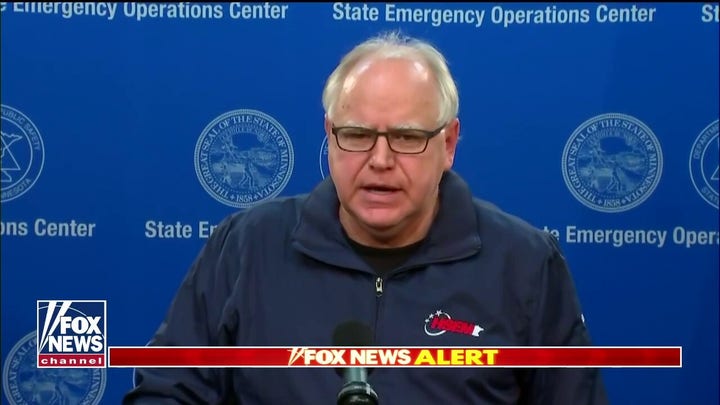 Meanwhile Walz, Minneapolis Mayor Jacob Frey and other officials have suggested that organized outsiders, including but not limited to anarchists, white supremacists and gangs from other states, were behind the destruction and chaos in Minneapolis.

Asked if he was aware of reports that white supremacists had been involved in the looting, Walz said that based on his “suspicions and what I've seen on this, yes." He went on to raise the possibility that drug cartels were getting involved, too, according to NBC. 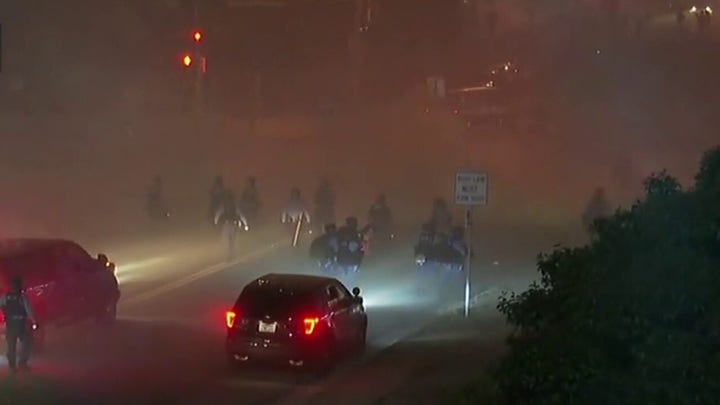 "It gets worse than that," he went on to say. "The cartels, who are wondering if there was a break in their drug transmissions, are trying to take advantage of the chaos. That's why this situation is on a federal level."

Minnesota Public Safety Commissioner John Harrington, meanwhile, said that they were analyzing those who had been arrested and seeing if they were linked to extremist groups.

“We have seen things like white supremacists organizers who have hosted things on platforms about coming to Minnesota,” he said, adding that officials are looking to see if people involved in the protests are connected to criminal organizations.

He went on to say that officials are working with state, local and federal partners to see “is this organized crime, is this an organized cell of terror, where is the linkage?”

It is not clear what groups the officials were referring to, or what the evidence is that white supremacists or drug groups are involved. There were no obvious signs of white supremacy on display in footage of the protests.

A USA Today report quoted a security consultant saying intelligence reports indicate many of the more serious protesters are far-left or anarchists, without a significant appearance yet by far-right groups – while noting locals and outsiders could be involved in conflicts with authorities.

Multiple officials said that those engaging in violence were not from the area. Frey said that "the people that are doing this are not Minneapolis residents," while St. Paul Mayor Melvin Carter said at a news conference that everyone arrested in the protests “was from out of state.”

However, a report by KARE 11 showed "about 86 percent" of the 36 arrests by Minneapolis-based police listed their address in Minnesota, and that they live in Minneapolis or the metro area, according to data the outlet analyzed from the Hennepin County Jail's roster. Five out-of-state cases came from Arkansas, Florida, Illinois, Michigan and Missouri, according to KARE 11.

Carter later walked his comments back.

The Minneapolis mayor’s office, after repeated requests for comment from Fox News including about the KARE 11 reporting, said Saturday evening they "will look into this." A separate official from the mayor's office told Fox News: "You'll have to contact the Governor's office."

The idea that people were traveling across state lines to cause trouble and violence was one that appeared to be shared by the federal government. Both Attorney General William Barr and President Trump warned Saturday about those crossing state lines.

"Crossing State lines to incite violence is a FEDERAL CRIME!" Trump tweeted. "Liberal Governors and Mayors must get MUCH tougher or the Federal Government will step in and do what has to be done, and that includes using the unlimited power of our Military and many arrests. Thank you!"

He also tweeted that "80% of the RIOTERS in Minneapolis last night were from OUT OF STATE."

"They are harming businesses (especially African American small businesses), homes, and the community of good, hardworking Minneapolis residents who want peace, equality, and to provide for their families," he said.

Amid the allegations about Antifa's possible involvement, meanwhile, critics circulated on social media a picture of Minnesota Attorney General Keith Ellison posing with an Antifa book: 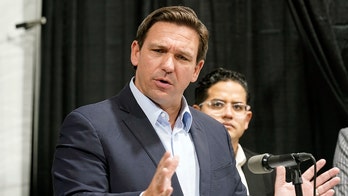